You are here: Home / Home / Carousel / How one new program hopes to help kids who test positive for lead poisoning
Share this... 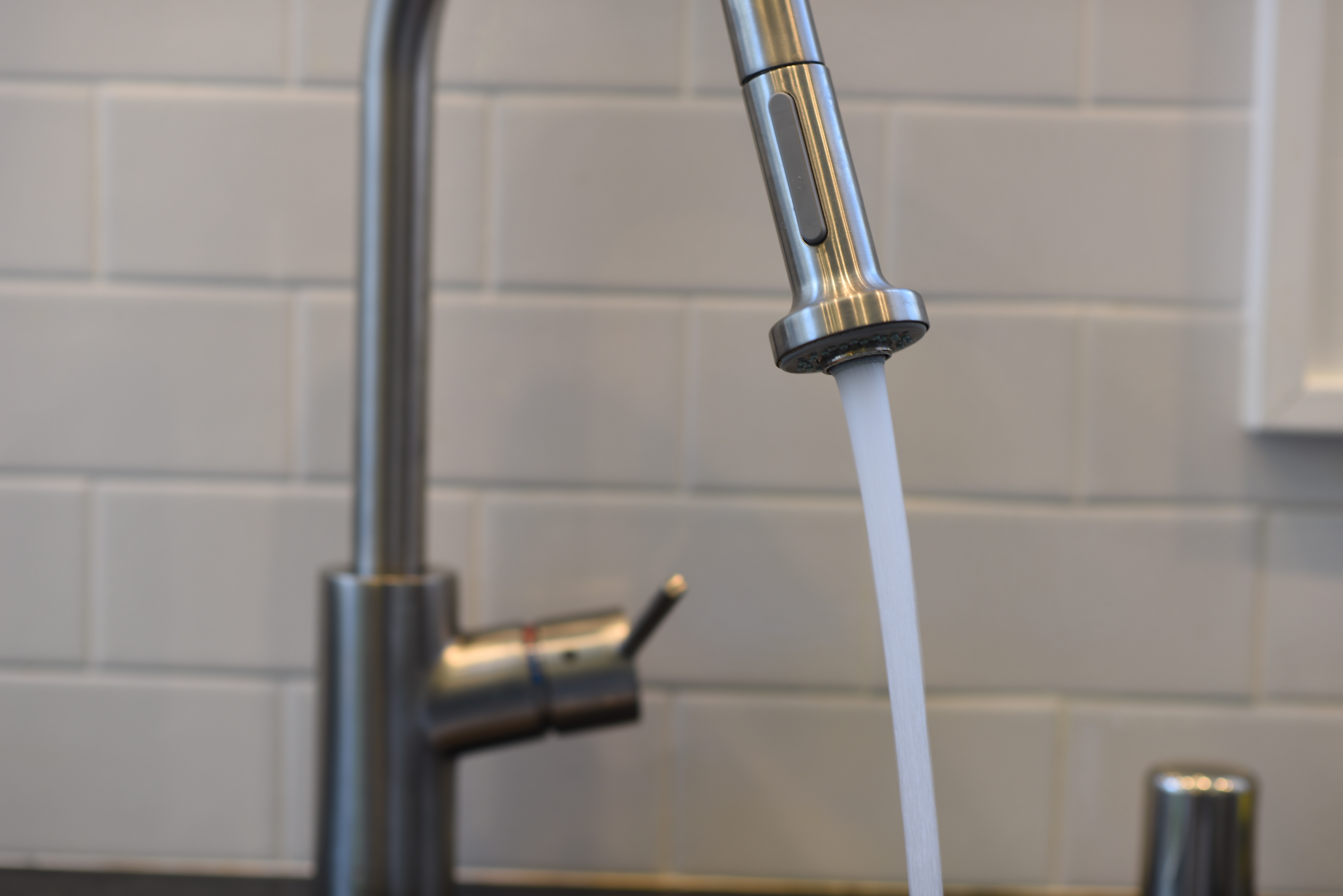 A new Milwaukee-based program seeks to increase communication between agencies for lead response. Tap water from lead service lines can be a source of exposure. (File photo by Edgar Mendez)

A new program from the Medical College of Wisconsin seeks to create a more efficient response process for children who have tested positive for lead poisoning.

The program, Clinical and Community Solutions to Lead Free Children, launched this month. It is funded in part by a $400,000 grant from Advancing a Healthier Wisconsin and is expected to last three years.

Myah Pazdera, program coordinator with the Medical College of Wisconsin’s Office of Community Engagement, said the program’s main goal will be to better connect departments and organizations that handle lead response and to increase communication between clinics, the community, the Milwaukee Health Department and parents.

“We’re going to try to fill in the gaps and mitigate lead exposure,” Pazdera said.

Lead poisoning continues to be a concern in the community. In 2018, Mayor Tom Barrett accepted Milwaukee Health Department Commissioner Bevan Baker’s resignation because the department failed to ensure that families of 8,000 children with elevated lead levels in their blood were notified. The Common Council called it an “egregious public health failure.”

David Nelson, an associate professor at MCW and principal investigator for the program, said children who test positive for lead exposure will likely need medical attention and screenings. The source of exposure will also have to be dealt with, and all of these processes require specific personnel.

Children can be exposed to lead in a number of ways. Tap water from lead service lines and exposure to lead paint chips and dust are some of the most prevalent. These issues are most common in houses built before 1978, according to the Wisconsin Department of Health Services.

Nelson said some of these issues can be mitigated with ventilation and regular cleaning. Others, such as lead service lines, must be dealt with through replacement.

Nelson said some of the most important partners in the project, will be parents. He said the program will emphasize communicating with parents early in the process.

“We need to get them to come back again,” Nelson said. “We’re going to align people to start that process.”

Nelson said the program is meant to address the issue of lead in a holistic way. Lead exposure disproportionately affects Black and brown communities and the economically challenged. The program will be tailored to address the needs of these communities.

The new effort comes as the state saw a notable drop in lead testing this year largely because of the pandemic. Pazdera said the Wisconsin Department of Health Services reported a 26% decrease in lead testing over the first three quarters of 2020.

But Pazdera said positive rates may also be rising because kids are spending more time at home because of the pandemic.

Jesse Ehrenfeld, director of the Advancing a Healthier Wisconsin Endowment, said the project was one recipient out of seven grants distributed by the endowment. The goal of these grants is to establish better policies and practices in public health and community-based health efforts.

Pazdera said the ultimate goal of the program is to build an infrastructure for lead response. This includes creating relationships with clinics and to get them integrated into the program.

“We’re going to move at the speed of trust and build those relationships,” Nelson said.

Ehrenfeld said the fight against lead will be a long one and won’t be resolved with this project alone. He said the hope is to potentially expand the project throughout the state, if success is seen locally, looking for “sustainability and scalability.”

“This will have a generational effect,” Ehrenfeld said.