You are here: Home / Home / Carousel / ‘Moving to the other side of the desk’: Paula Kiely reflects on 27 years as a librarian
Share this... 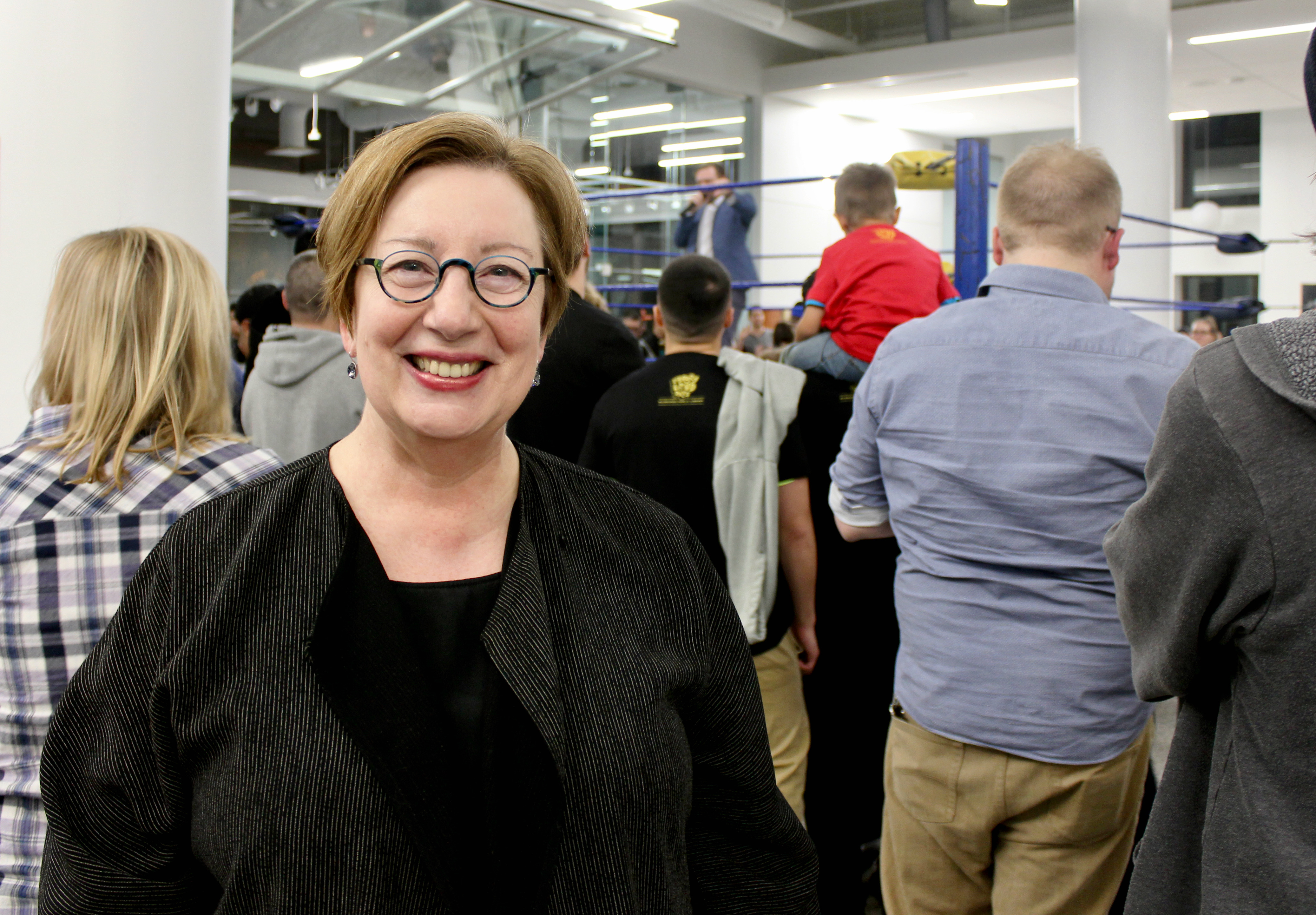 “If you can read, you can do just about anything, but when you can’t, you hit a wall,” Paula Kiely says on the library system’s early outreach literacy programming. (File photo by Alhaji Camara)

A self-proclaimed lover of books, Paula Kiely never gave much thought to becoming a librarian and instead chose to pursue a fine arts degree.

But a conversation with a supervisor changed that.

“The lightbulb went off, and I thought, ‘I should be a librarian,’ ” Kiely said.

Kiely, who served as the director of the Milwaukee Public Library since 2006,  retired in August.

The road to librarian

Growing up, Kiely’s mother made sure that each of her children had a library card.

Kiely, 64, said she contemplated pursuing a master’s in library and information studies for 24 hours before deciding to go for it.

That weekend, she began studying for the GRE. She applied and was accepted to UW-Milwaukee.

As part of her field work, Kiely worked at the art history library on campus and at the Brookfield Public Library. While her dream was to be an art librarian at the Art Institute of Chicago, her work at the public library changed her mind.

“I realized I should be a public librarian and work with children,” she said.

After graduating in December 1992, Kiely began working part time at the Brookfield Public Library as the children’s librarian in the spring of 1993. Two years later, she joined the Milwaukee Public Library at the Zablocki branch. Eventually, she made her way to the Central location, 814 W. Wisconsin Ave., where she worked in the children’s room before becoming the coordinator of children’s services.

In 2000, Kiely became the deputy city librarian in charge of the Central Library, and she remained there until 2006 when she became the library director.

As library director, Kiely challenged the notion of what a library should look like and the services it should offer, those who know her say. After the renovation of the Central Library, Kiely looked at the other branches to see where renovations and replacements were needed.

In 2011, under Kiely’s leadership, the Villard Square library was transformed into a mixed-use building.

“Libraries are technology-rich places that are flexible and serve the needs of the community,” Kiely said. “So, we changed the footprint.” 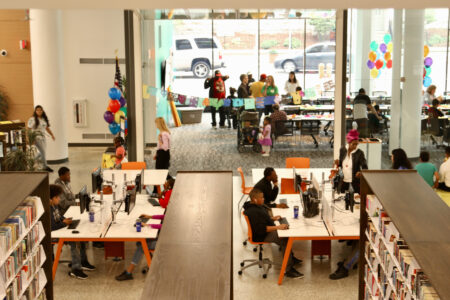 The Mitchell Street Library, 906 W. Historic Mitchell St., was one of the branches that underwent a renovation to make it more welcoming for patrons. (NNS file photo)

Michele Bria, president of the library board of trustees, said Kiely brought Milwaukee libraries into the 21st century.

Since the transformation of the Villard Square Library, other branches such as Mitchell Street, Tippecanoe and Good Hope have undergone changes. Now, these libraries allocate more space for people and more natural light.

Rachel Arndt, the public services area manager for the Central Library, said Kiely worked to ensure that libraries are a welcoming place.

Libraries began because books were expensive and the library system allowed people to share the knowledge, Arndt said. The future of the library means responding to the needs of the community, she said.

And this includes access to library cards, which Kiely and her successor Joan Johnson have championed.

“Paula’s vision was that everyone has access to a library card and to these materials,” Arndt said, adding, “Joan was instrumental in Library Now.”

In addition to the building project, Kiely created Ready To Read (formerly Books To Go), worked with childcare providers to foster pre-literacy skills and created the Library Loud campaign, which encouraged residents to get involved in the library through a haunted house, rap battle, rock concert and more.

“If you can read, you can do just about anything, but when you can’t, you hit a wall,” Kiely said.

As Kiely prepares for the next chapter in her book, she offers words of advice to  Johnson.

“Really think about where you want to take the library and focus on that,” she said. “Keep your finger on the pulse of the community but remember to take time for yourself.”

After nearly three decades as a librarian, Kiely is planning to focus on her family and her hobbies.

“The work has been challenging and demanding but extremely satisfying, and I have loved my career,” Kiely said. “Now, I’m just moving to the other side of the desk.”