You are here: Home / News / Arts and Recreation / Documentary tells the story of ‘Latino Wisconsin’
Share this... 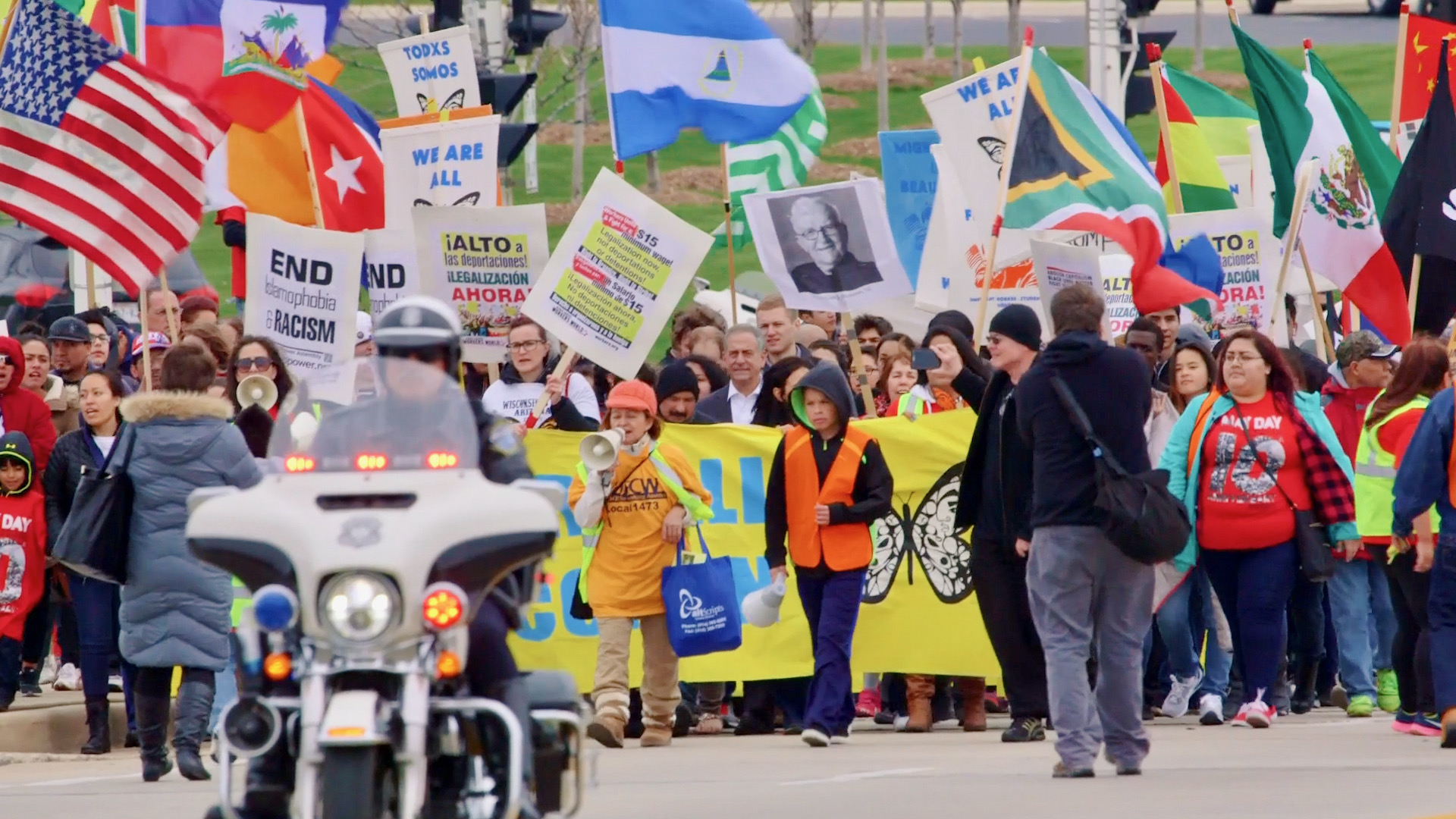 Georgia and Ralph Pabst knew that Latinos had a rich history in Wisconsin. But they wanted to explore what life for them is like today. This photo captures a Voces de la Frontera march. (Photo provided by Ralph Pabst)

Georgia Pabst’s interest in Wisconsin’s diverse Latino communities is both personal and professional.

And now she and her husband, Ralph, have added “filmmaker” to their respective résumés.

Several years ago, the Pabsts decided to take a look at Latino life throughout the state. Their findings are showcased in the hour-long documentary, “Latino Wisconsin,” which they released earlier this year.

In many ways, the documentary is a culmination of 35 years of reporting, Georgia said.

“I initially thought it was a Milwaukee story, but no, it’s a state story,” she said.

The couple started filming in 2015, completing their last interview in February. In 2018, they received funding from the Wisconsin Humanities Council, the Bader Foundation, the Brico Forward Fund and Milwaukee Film. 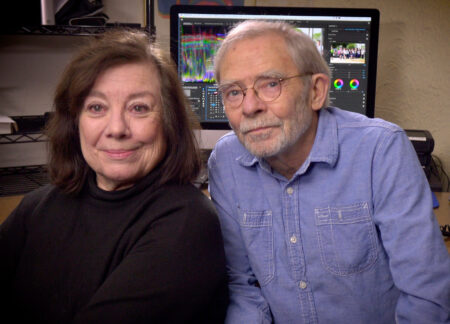 “Latino Wisconsin” is the first documentary that the Pabsts have produced together. (Photo provided by Ralph Pabst)

While nearly everyone knows about how Hispanics have helped to shape the West Coast, few people realize how much influence Latinos have has on Wisconsin, Ralph said.

In the documentary, the Pabsts narrowed their focus to five chapters: On the Farm; Rural Communities; Art, History and Activism; School Choices; and Today and Tomorrow.

The Pabsts, in the first chapter of the documentary, explore a farm in Buffalo County to show how immigrant workers have become key figures in the dairy industry. Georgia said they visited the farm several times and made a point to capture the farm in winter so they could illustrate how hard the work is for the farmhands.

They also visit Arcadia, home of the Ashley Furniture plant. In 2015, Latinos made up 34% of the population. The group’s influence can be seen in the schools, the neighborhoods, the storefronts and more. The documentary talks with native Arcadians and transplants on how Latinos have transformed the town.

The remaining chapters focus more on Milwaukee, where Latinos make up 19% percent of the population.

The interviewees include Reynaldo Hernandez, an artist; Christine Neumann-Ortiz, an activist and executive director of Voces de la Frontera; Tony Báez, a member of the Milwaukee Board of School Directors; Ricardo Diaz, former executive director of United Community Center; Ernesto Villarreal Sr., co-founder of El Rey Market; and others.

“This city will go as far as the Hispanic community will take it,” Diaz said in the documentary.

Although they had worked together in the past on various small-scale projects, this was the first time the Pabsts had teamed up to produce a documentary.

Ralph, whose background is in photojournalism, is a director at Fresh Coast Production Resources. His experience, he said, helped them when they first started filming.

The documentary does not feature voiceovers but instead relies on the voices and testimonies of the interviewees to carry the story.

“I wanted to tell people the bigger story,” Georgia said. “It is in many ways the future of Wisconsin.”

How to view ‘Latino Wisconsin’

Although the coronavirus pandemic has prevented an in-person public screening, the documentary has aired on Milwaukee PBS and will air again on PBS Wisconsin at 8 p.m. on Monday, Jan. 4.

“Latino Wisconsin” is also available to view on the film’s website.