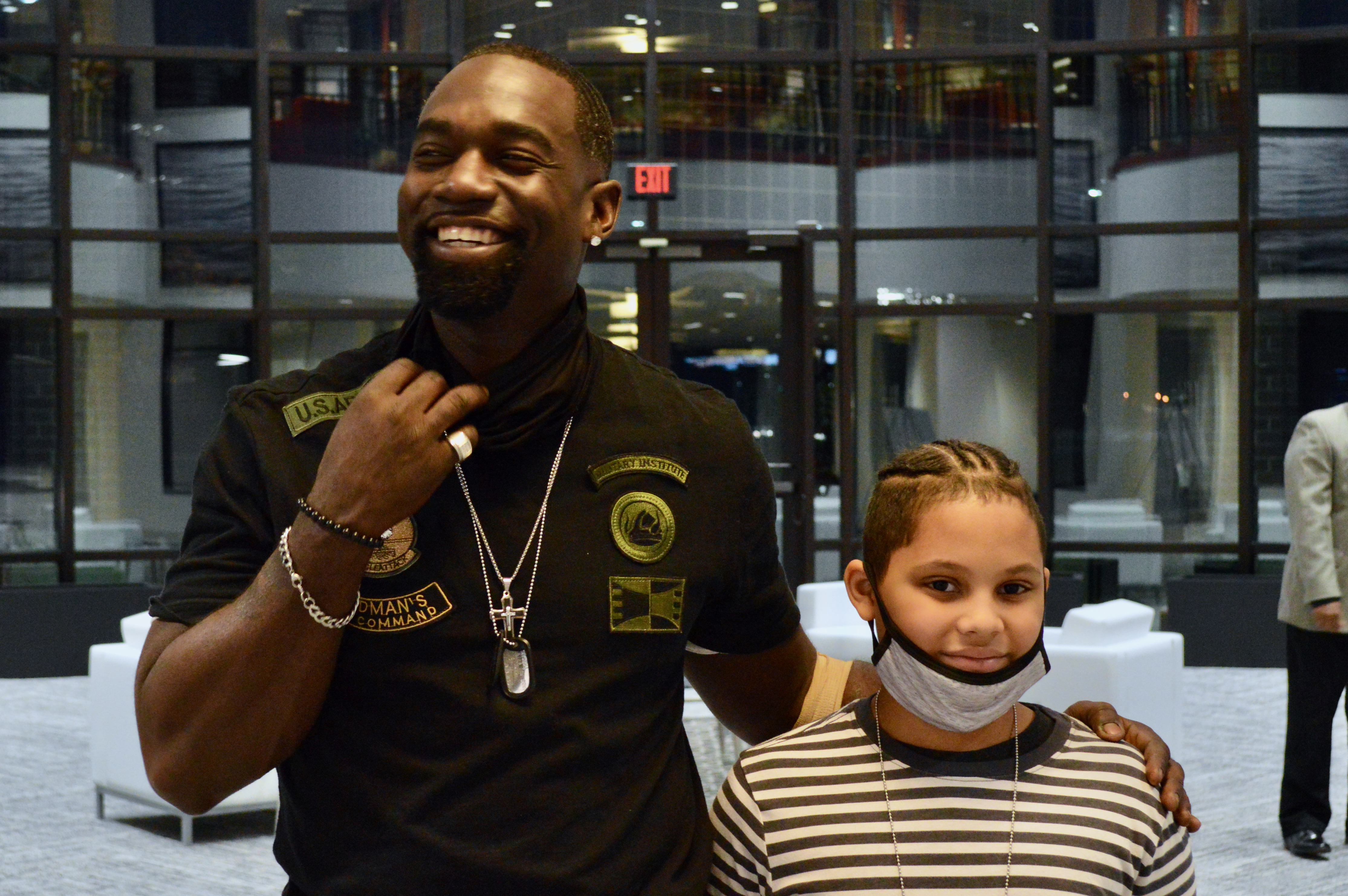 Damari Gholson Perkins, shown with executive director Lance Ambrose, says he enjoys being a part of the Saving Our Sons program. (Photo by Ana Martinez-Ortiz)

Damari Gholson Perkins’ father is missing from his life, but the Milwaukee boy is not without a father figure.

About a year ago, Damari, 10, joined Saving Our Sons Mentoring Movement, a nonprofit organization that provides mentors to youths in the greater Milwaukee area.

Although the coronavirus pandemic prevented Damari from meeting with his mentor during the first half of the year, he had the chance to reconnect over the summer.

Damari’s mentor is Lance Ambrose, the founder and executive director of Saving Our Sons.

Ambrose, 37, began the organization in 2018. He felt compelled to start the mentorship program after reflecting on his own life. Ambrose’s father died when he was 16, and around the same time, he was involved in small-time robberies. Eventually, he turned his life around.

Ambrose’s goal was to provide youths with a mentor who would be transparent and supportive but who could also meet teens where they are. He knows firsthand what it is like not to have a solid father figure and how important dads are in shaping a young man’s life.

Mentors and mentees gather to meet each other and celebrate the new office space for Saving Our Sons. (Photo by Ana Martinez-Ortiz)

As in most mentoring programs, the mentors are encouraged to meet with their mentees a couple of times a month and establish connections with them.

Unlike other mentoring programs, Saving Our Sons is divided into three levels.

Saving Our Sons follows a military-based program. The youths, called privates, begin in the base program, which lasts six to 12 months, followed by an intermediate level.  Eventually, they are invited to join the Class S.A.V.E. Movement, which teaches CPR, the use of automated external defibrillators and first-aid training with the of the goal of the youths becoming certified first responders.

“We’re teaching the youth how to be first responders and good Samaritans,” Ambrose said. “We’re soldiers. We’re soldiers in the army of the Lord. We’re saving lives.”

So far, the program has about 10 mentees and about 12 mentors. Ambrose said about 30 people have gone through the program. Currently, he is working with group homes, schools and his church to spread the word. 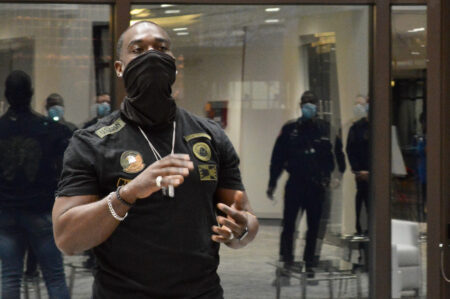 Lance Ambrose, the founder and executive director of Saving Our Sons, says his program encourages youths to be first responders and good Samaritans. (Photo by Ana Martinez-Ortiz)

Saidirick Walker, 47, works as a business development associate, but before that, he served in the military for over five years.

He first heard about the organization when he was grocery shopping near his house. Walker noticed Ambrose and his sons speaking about the program and was intrigued.

After talking with Ambrose and doing his own research, he decided to become a mentor.

Walker said the program is a life-saving endeavor, and he hopes to leave a positive impact on the youths he mentors.

“I think the biggest challenge is just making a connection with the youth I’m involved with,” he said. “One thing I’d like to leave the person I’m mentoring is that there is hope, that sense of hope.”

Monte Kirk, 46, is another mentor.

“I try to deal with a lot of youth and help them out with life in general,” said Kirk, a police officer in the Milwaukee Police Department. “The program drew me in.”

As for Damari, he’s enjoyed being a part of the program. His mother, Asia Gholson, said Ambrose has been an active participant in Damari’s life and encourages other parents to sign their children up.

“I just hope it gives him experience and a better understanding of life,” Gholson said. “It’s a great program. It really has your kids’ well-being at heart.”

To learn more about Saving Our Sons

Saving Our Sons recently relocated from Ambrose’s home to an office space at 11414 W. Park Place, Suite 202, on Milwaukee’s far Northwest Side.