You are here: Home / "How To" articles / How to avoid stimulus check scams
Share this... 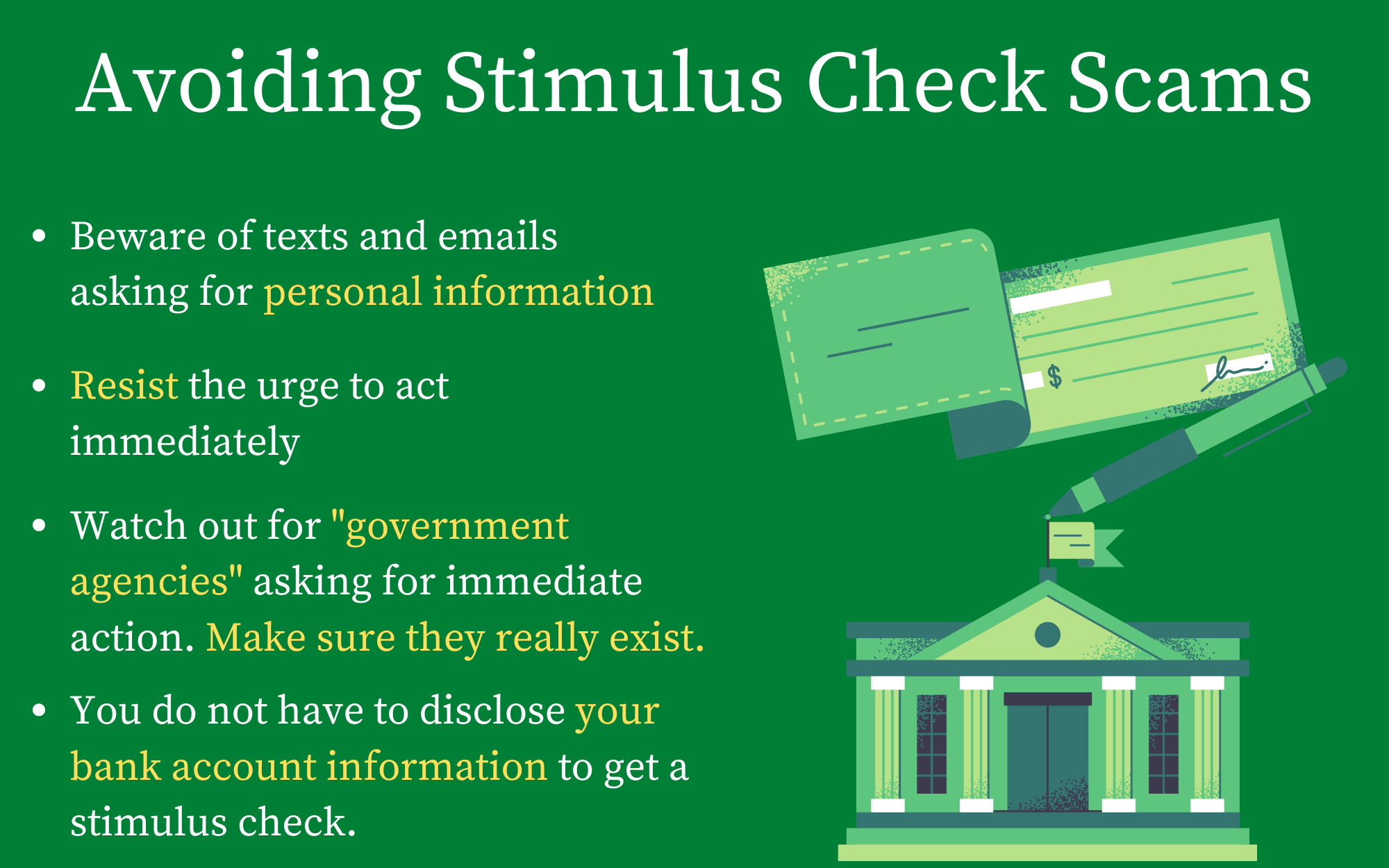 You may not be the only one waiting for your stimulus check.

Scammers stand ready to cash in as well.

As you likely know, the second round of stimulus payments went out at the beginning of this year after being passed by Congress in December. Most people who were eligible received $600 as an individual and $1,200 as a couple.

Lisa Schiller, director of investigations and media relations for the Better Business Bureau in Milwaukee, said we could see more scams in the near future prompting people to give personal information to receive their payments.

For example, she said, people might receive text messages and emails prompting them to click a link to request benefits. The link leads them to a webpage that asks for their personal information.

Schiller also urged people to watch out for alleged government agencies that “sound familiar but aren’t quite right.” She said some scammers will craft messages from fake agencies that sound urgent in order to catch people off-guard.

She suggested that people resist the urge to act immediately and ask their family and friends to see if they’ve received anything similar.

Schiller suggested reporting any incidents to the BBB Scam Tracker, which collects data on scams across the U.S. Reports should also go to the Federal Trade Commission, the official agency to handle these scams.

Christopher Miller, a Milwaukee-based spokesman for the Internal Revenue Service, said it’s important to understand how the IRS communicates in order to prevent these scams.

“The IRS does not send unsolicited text messages,” he said. “We do not call randomly with threats of jail, and we do not demand tax payments as gift cards.”

He said he’s seen text messages asking people to disclose bank account information, which the IRS does not do when distributing stimulus checks.

These scams are on the rise, he said.

“We see a spike during tax filings and during special efforts like (the stimulus payments),” Miller said.

Miller encouraged everyone to report scams to the Federal Trade Commission or the IRS by sending tips to the email address phishing@irs.gov.

He encouraged people to familiarize themselves with resources like irs.gov so they can distinguish the real messages from the fake ones.

He hopes to prevent these incidents rather than have to deal with them afterward, since options for recovering the money are limited.

“The unfortunate reality is many times, that money is gone,” Miller said.

In case you missed it: What you need to know about the second round of stimulus payments