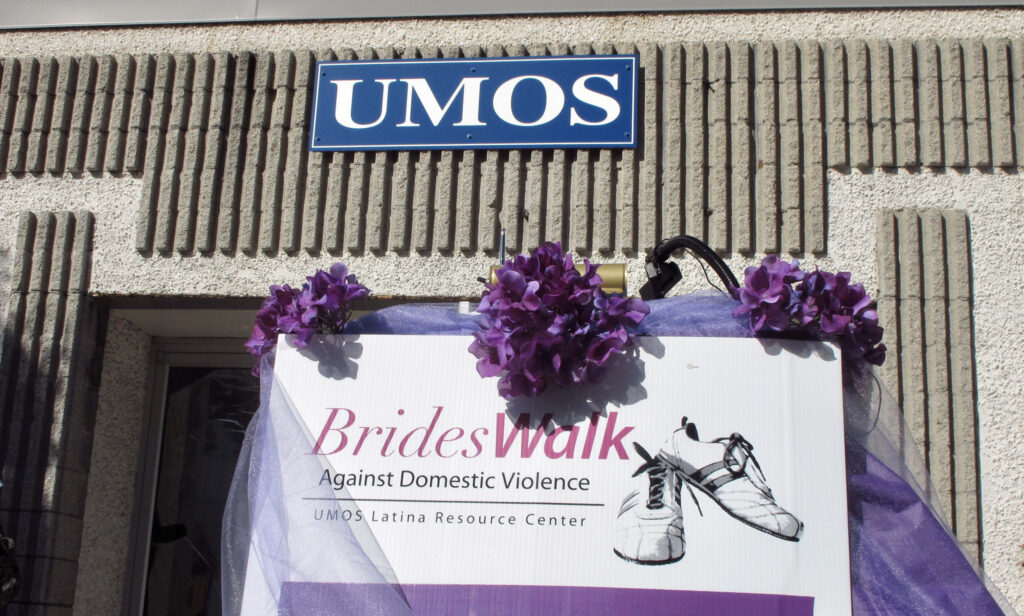 The grants come at a time when they are much needed. Rod Ritcherson, a UMOS spokesman, said there has been an increase in domestic violence since the beginning of the COVID-19 pandemic.

He attributed this to the isolation due to the state’s “Safer at Home” order, which kept victims confined close to their abusers. In addition, stresses and loss of income leads to higher rates of violence, Ritcherson said.

Both organizations will address the issue with the funding.

The Asha Project is a nonprofit dedicated to addressing domestic violence, sexual assault, human trafficking and elder abuse. The organization has been active since 1989.

Shawn Muhammad, associate director of the project, said the organization provides services to victims that include community-oriented programming such as sister circle groups, which are safe spaces for survivors to come together and heal.

The Asha Project also attempts to help abusers break their behavioral patterns: Its Ujima Men’s Program seeks to help men manage their anger and break any tendencies toward violence.

“In order for domestic violence to be eradicated, men have to play a part,” Muhammad said.

Muhammad said not all women will want to leave their abuser. Many just want to stop the abuse and do not want to see their significant other incarcerated.

“We believe in the preservation of the African American family,” he said.

Muhammad said more traditional organizations have a  “one size fits all” mentality and don’t get into the culture of a community. For example, he said, many programs may seek to get law enforcement involved without considering issues of mistrust that nay be embedded in the community.

Muhammad said the Asha Project provides an important stopgap so people can address their situations without getting involved with “the system.”

While the Asha Project maintains contact with authorities, he said, it works outside of the law enforcement system and provides assistance on a personal level.

“They say ‘If I call the police, they’ll kill my husband … they’ll take away my child … ICE will get involved,” Muhammad said.

The Asha Project gives these families another option, one that provides a holistic approach and understands where they’re coming from.

Muhammad said the grant from Advocate Aurora will be used to hire advocates for the programs, including one full-time and one part-time position.

Though it began by concentrating solely on migrant farm workers, UMOS has since expanded to serve a wider client base. It provides programming to address domestic violence, sexual assault and human trafficking.

Mariana Rodriguez, manager of the UMOS Latina Resource Center, said the advocacy programs are meant to be holistic, included things like crisis response, safety planning and a reporting system for instances of domestic or sexual assault.

UMOS also provides legal assistance in filing for restraining orders as well as transitional housing. Rodriguez stressed the importance of housing, especially for migrant workers who may have no other place to go.

Rodriguez said the grant money will be used to help fund these services, as well as increasing resources for those who seek them.

One of the most important things, she said, is helping clients in the programs become self-sufficient so that they do not have to return to abusive environments.

“We develop a plan and figure out how they (the victims) will be self-sufficient after six or 12 months in the program,” Rodriguez said.

Ritcherson said that the programs make use of some of UMOS’ internal services to help clients bridge that gap. It has a food pantry and a program for those struggling with substance abuse, and it runs a jobs center on the South Side of Milwaukee.

Many of the clients that UMOS serves are migrants who are vulnerable for human trafficking and sexual assault.

Many take jobs as farm workers, located in rural areas where services in the city are too far to reach.

Rodriguez said UMOS has an advocate working to reach out and identify migrants who need services in those communities.

The need for these programs is increasing. Ritcherson lamented the fact that “you can’t go a day without” hearing stories of domestic violence, sexual assault or human trafficking.

“For too long, domestic violence has been a conversation that no one wanted to have,” he said.