You are here: Home / Home / Carousel / Bus routes throughout Milwaukee County will change beginning March 7. Here’s what you need to know.
Share this... 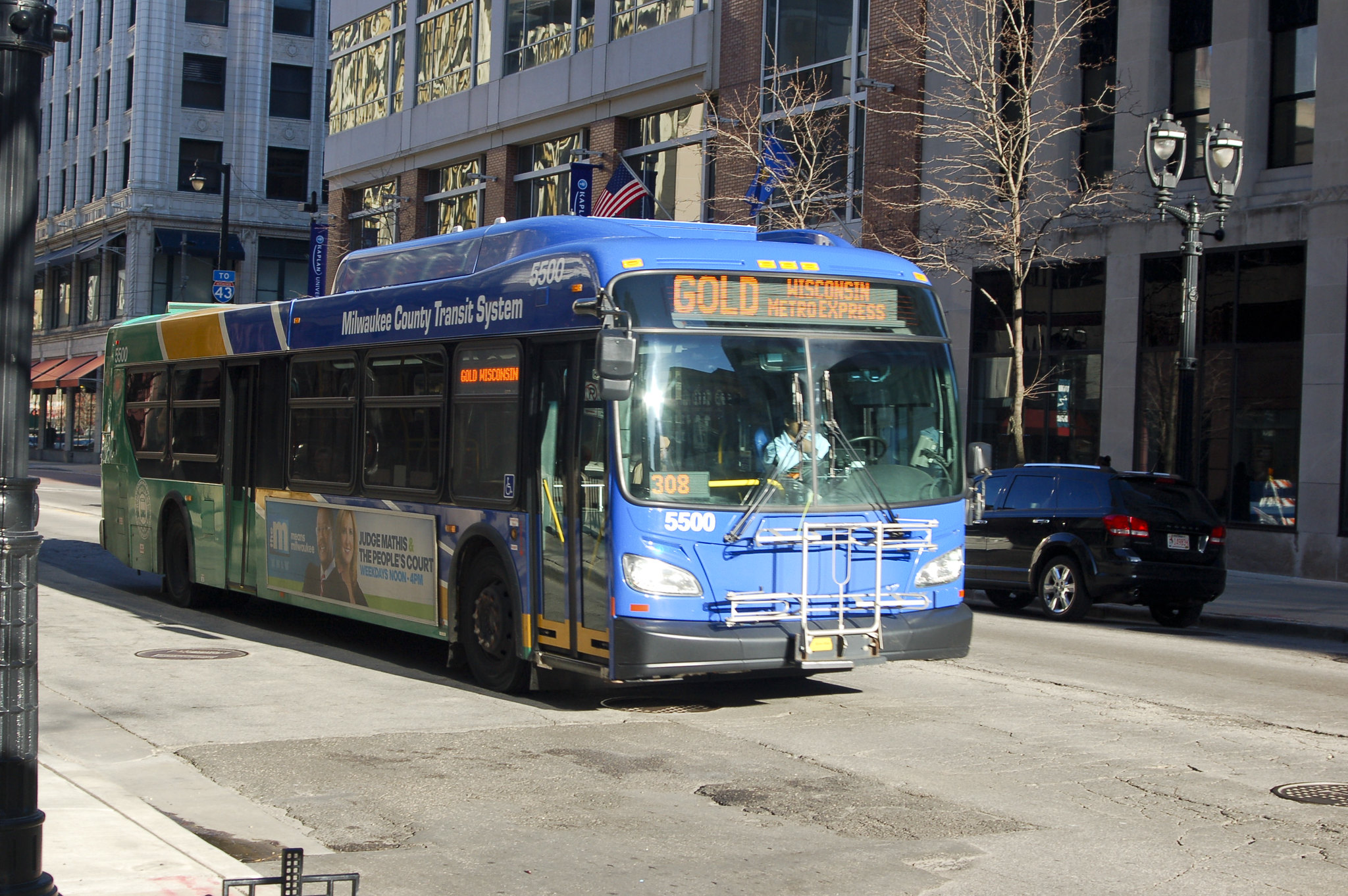 Some routes on the Milwaukee County Transit System will change starting March 7, though not the Gold route. (NNS file photo by Ana Martinez-Ortiz)

Bus routes for the Milwaukee County Transit System will be changing soon as part of a new effort to increase frequency at many stops and improve accessibility to jobs and resources for transit riders.

MCTS NEXT, a new effort by the transit system, will increase the frequency of buses by removing low-traffic stops from routes. Some routes are also being extended to increase access to grocery stores, medical offices and job centers.

Ten routes will be affected by the first phase of changes:

Two of these routes are new:

Route 20 will run between National and College avenues along South 20th Street. The route’s southern terminus will be the Walmart on South 27th Street in Franklin.

Route 68 will replace service from Routes 63 and 15 on Port Washington Road.

Stops that were removed from the routes were too close to other stops, according to MCTS, and did not have enough riders to justify the stop. In some cases, stops were eliminated if they were not Americans with Disabilities Act accessible.

MCTS spokesman Matt Sliker also said the information will be available on buses, including window clings and audio messages that play on the buses. Outreach also includes social media pushes, signage at affected bus stops and targeted outreach to businesses whose employees might take the bus to work.

Sliker said much of the information was available in English and Spanish.

He was specifically happy about the increase in frequency on Route 31, a bus route that runs through the neighborhood. A bus will arrive on that route every 25 minutes as opposed to every 50 minutes because of MCTS NEXT.

Stanley said he was encouraged by the increase in access to areas where many Near West Side residents work and shop, such as Mayfair Mall, the Milwaukee Area Technical College and the Deer District.

“We want to give them easy, accessible and safe ways to get to and from work,” Stanley said.

Johnson said public transit is one of the ways that Milwaukee can address segregation, as those who rely on the bus will gain more access to parts of the city that are farther away from where they live.

The move will also increase access to grocery stores, doctor’s offices and other resources.

As an MCTS rider, Johnson expressed excitement about the new changes and hoped that it would increase the number of people using the bus system.

“I don’t really like driving anyway,” Johnson said. “Driving in the city is more hazardous recently with reckless driving.”

Increasing route frequency during cold months especially is key, Johnson said, as waiting outside in winter conditions is unpleasant. Other improvements, such as real-time bus information on MCTS apps, also help remedy the situation.

Nick DeMarsh, an organizer of the Milwaukee Transit Riders Union, said the union supported MCTS NEXT but also called for more funding to increase the number of buses and routes.

While increased frequency is good, DeMarsh said it will take more buses and routes to restore MCTS to its former glory before budget cuts that occurred in the early 2000s. MCTS NEXT does not increase funding, but rather makes current funding more efficient.

More buses and routes are “how we grow transit ridership, address congestion in a meaningful way, decrease transportation emissions (the nation’s largest source of CO2 emissions) and address the hypersegregation that sadly continues to define our region,” DeMarsh said in an email.

Lidia Villazaez, community outreach manager for Silver City at VIA Community Development Corporation, said the changes will bring more frequent buses to South Side neighborhoods where people rely on the buses for transportation to work.

As a rider, Villazaez said the changes seemed good but she also hopes to see more funding in the future.

“They need to go to the bus lines and stops and hear from the people directly,” she said.

For a full list of stops no longer served, as well as the stops still served, click on the highlighted route that you are trying to find out about:

For more information, riders can click here or call 414-344-6711. The hotline provides automated information, but callers can connect to an operator Monday through Friday from 8 a.m. to 4:30 p.m.