You are here: Home / Home / Carousel / He’s a pastor, community leader, educator, lawyer, dad and husband: The many lives of Walter Lanier
Share this... 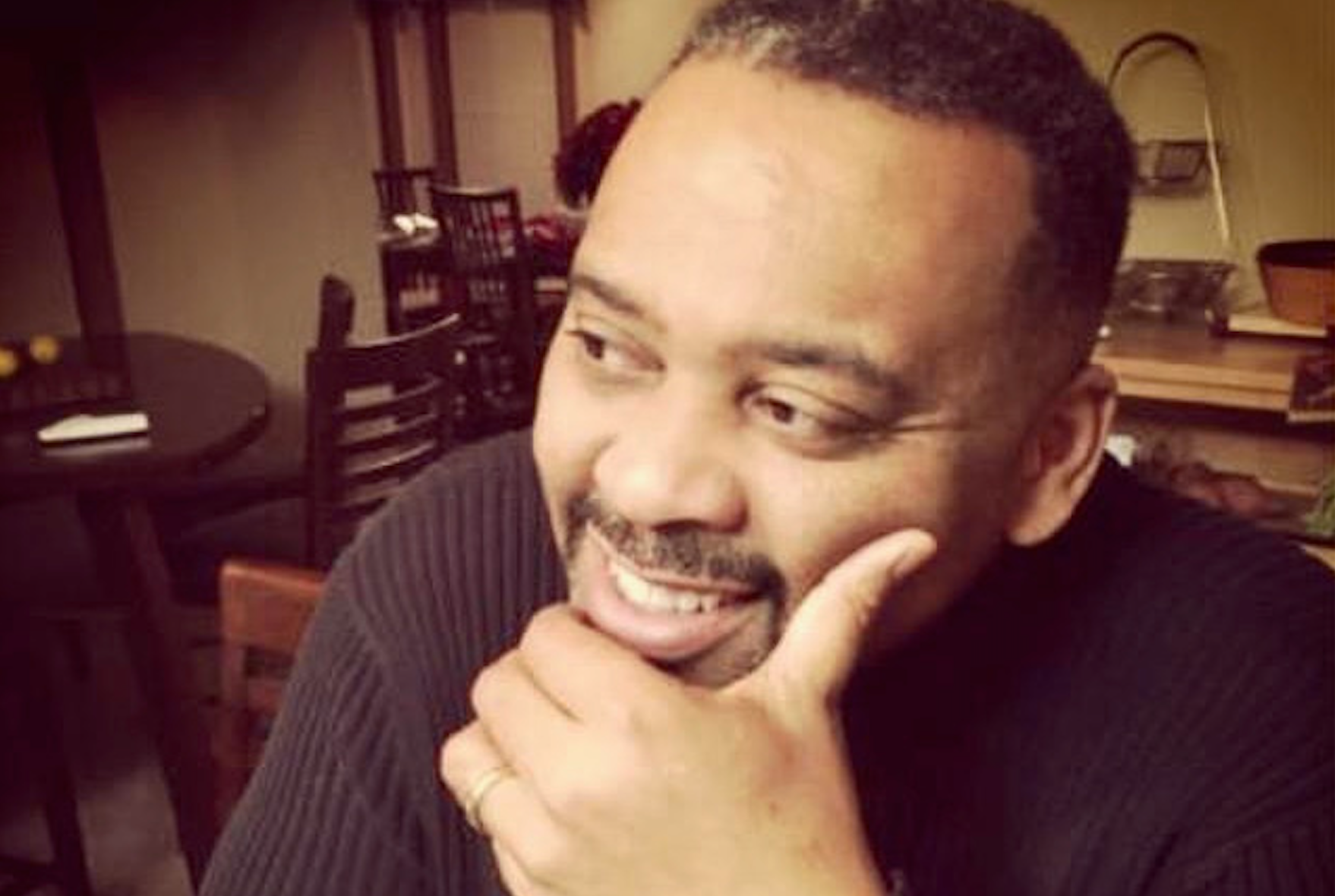 In 2003, the Milwaukee County Pension Board was reeling from the fallout from the pension scandal.

As its chairman, the Rev. Walter Lanier found himself fielding questions from county employees who had their plans for retirement upended. He was tasked with winning back public support for the Pension Board after the scandal over the county’s management of pension funds allowed retirees to claim sometimes over $1 million in lump-sum payments in addition to their monthly benefits and had cost the county more than $300 million.

It was an experience he still draws from in his numerous roles in Milwaukee. Lanier serves as director of community engagement and student resources at Milwaukee Area Technical College, chairman of the religious leaders caucus at Milwaukee Inner-city Congregations Allied for Hope, or MICAH. And he works with Souls to the Polls, the Men of Color initiative and is a member of the Milwaukee County Mental Health Board.

“I’m a teacher, so I operate under the assumption that all questions are sincere and deserve sincere answers, even if it’s not what people want to hear,” Lanier remembered. “That first community meeting went for hours, but we answered everyone’s question.”

The big lesson from that experience? The way you engage with the community is just as important as the ideas you pitch.

“We got maybe two questions asked 50 different ways that night, and it made for a long night,” Lanier said. “But I believe in the importance of a good process. You can have the best ideas in the world, but if you don’t have people on board then it doesn’t matter.” 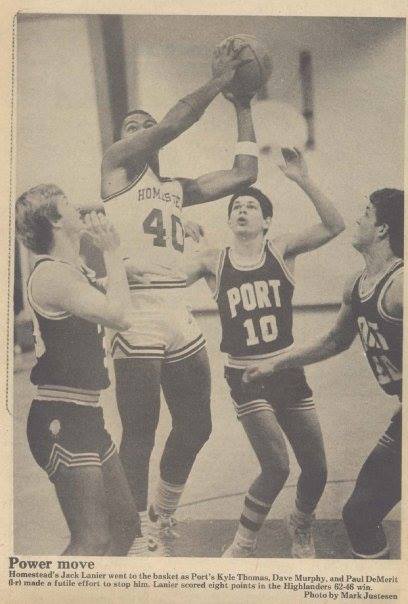 Lanier was born somewhat famous by virtue of his father, Bob Lanier. The older Lanier was a Hall of Fame basketball player, and the 6-foot-11-inch star’s fame meant his family received attention as well.

“I’ve always had a quasi-public life, which I never really minded,” Lanier said. “There’s upsides and downsides to that kind of life, but it did make me more comfortable in public spaces than I otherwise would have been.”

“I think that was a bit of culture shock,” Lanier remembered, noting that he experienced  depression at the time. “I went from this fairly diverse area in Michigan to a place that was very homogeneous.”

After graduating from Homestead High School “by the skin of my teeth” and beginning school at UW-Milwaukee, Lanier felt lost. He said he spent his time having fun but grew increasingly worried that he was wasting his potential.

“I was like the prodigal son eating slop with the pigs,” Lanier said. “I had lost my way and felt like I needed to return before it was too late.”

With help from unlikely role models like his roommate at the time, Lanier got serious again. He finished his undergraduate degree at UW-Milwaukee and entered law school at the University of Michigan.

While at law school, Lanier noticed a transformation in his work ethic. Now he looked for ways to keep busy, finding new projects to fill his free time in a way that has continued to this day.

“I haven’t had a real extended vacation since the ’90s, I think,” Lanier said. “Not that I’d call myself a workaholic, but law school changed how I think about spending my time.”

While at law school, Lanier founded Afrikan Culture and Consciousness, an Ann Arbor, Michigan, bookstore featuring books on Black culture and by Black authors. After moving back to Milwaukee after Michigan, Lanier kept the business going until 1998 as Zakari Books, a combination of the names of his first two children, Zaire and Askari.

Both were born while Lanier was in school. He later had a third child, Asante, with his wife, Nichole.

Soon after returning to Milwaukee and opening his law office, Lanier started lecturing at UW-Milwaukee in courses related to constitutional law. Nichole Yunk-Todd, a former student of his and current director of policy and research at Wisconsin Community Services, still keeps in touch with Lanier.

“In those four walls is where I embarked on a journey of understanding that still sticks with me to this day,” Yunk-Todd said. “I never imagined still thinking about that class or still knowing him 20 years later.”

Lanier said he loved his time lecturing, and in another life might have done it longer. He said that unfortunately other obligations, such as serving on the Pension Board in addition to a full-time job with Milwaukee Area Technical College, made it impossible to continue teaching.

But in addition to his professional obligations, Lanier noted that his spiritual self was growing. Lanier traces his call to religion to the birth of his son Askari when Lanier was in law school. Lanier said his son, who suffered blood loss at birth, had to be put in a coma for two weeks after being born.

Lanier said the doctors gave Askari only a 5 percent chance of surviving. Askari did survive, though, and Lanier said this was when he first felt called by God.

“I was confronted with a situation I could not control,” Lanier said. “I called out to Christ and I got a response I couldn’t ignore.”

But for a while, Lanier did try to ignore this “frightening” call to God. But as he heard other people describe similar experiences, he couldn’t ignore that what he was feeling was real.

“I felt like a soldier being assigned to duty,” Lanier said. “I didn’t necessarily want to answer the call, but I knew I had to.”

His religious life quickly became an avenue for social justice, however, as he became involved in MICAH, a coalition of Milwaukee churches and religious leaders that works on social justice issues from criminal justice reform to equitable education.

As chairman of the MICAH’s religious leaders caucus he is involved in all of MICAH’s work but reserves a special attention to MICAH’s work in reforming MPS’ discipline policy.

“I’m hopeful that our efforts to increase equity in MPS continues to bear fruit,” Lanier said. “All of MICAH’s issues are important to me, but that one I think is especially important.”

Lanier is staying busy these days. In addition to his role with MICAH, Lanier has also filled several roles at MATC, most prominently as the director of community engagement and student resources. He also leads the Men of Color Initiative there, which aims to improve the retention, graduation and other academic outcomes for MATC’s men of color.

Lanier has also found himself back on a county board, this time overseeing the county’s efforts to tackle access to mental health resources instead of pensions. The Milwaukee County Mental Health Board governs the county’s behavioral health division, which is a part of the Department of Health and Human Services.

Lanier said his goal on the board is to make sure everyone knows about the mental health services offered by the county. Mike Lappen, who informs and advises the board as administrator for the Behavioral Health Division, said Lanier has been instrumental in building trust between county and community.

“Before Walter we would maybe have 10 people at our listening sessions. Now we have about 35 per session,” Lappen said. “I think that’s largely due to Walter’s ability to articulate a process and get people to believe in the importance of that process.”

More than anything, fostering these connections is what Lanier is all about. Whether in the pulpit, boardroom or at the lectern, Lanier is constantly looking to connect previously disparate efforts into collaborative effort.

Lanier said Milwaukee is badly in need of people who are able to break out of their silos and work collaboratively. When that happens, he thinks Milwaukee will begin to realize its true potential.

“It’s like the movie “Avengers: Endgame,” where you had the Hulk, Thor and everyone else in that hodgepodge of misfits working together for a common goal. That’s what I want for Milwaukee.”