You are here: Home / Home / Carousel / After last year’s record number of homicides, this group is looking for solutions from teens
Share this... 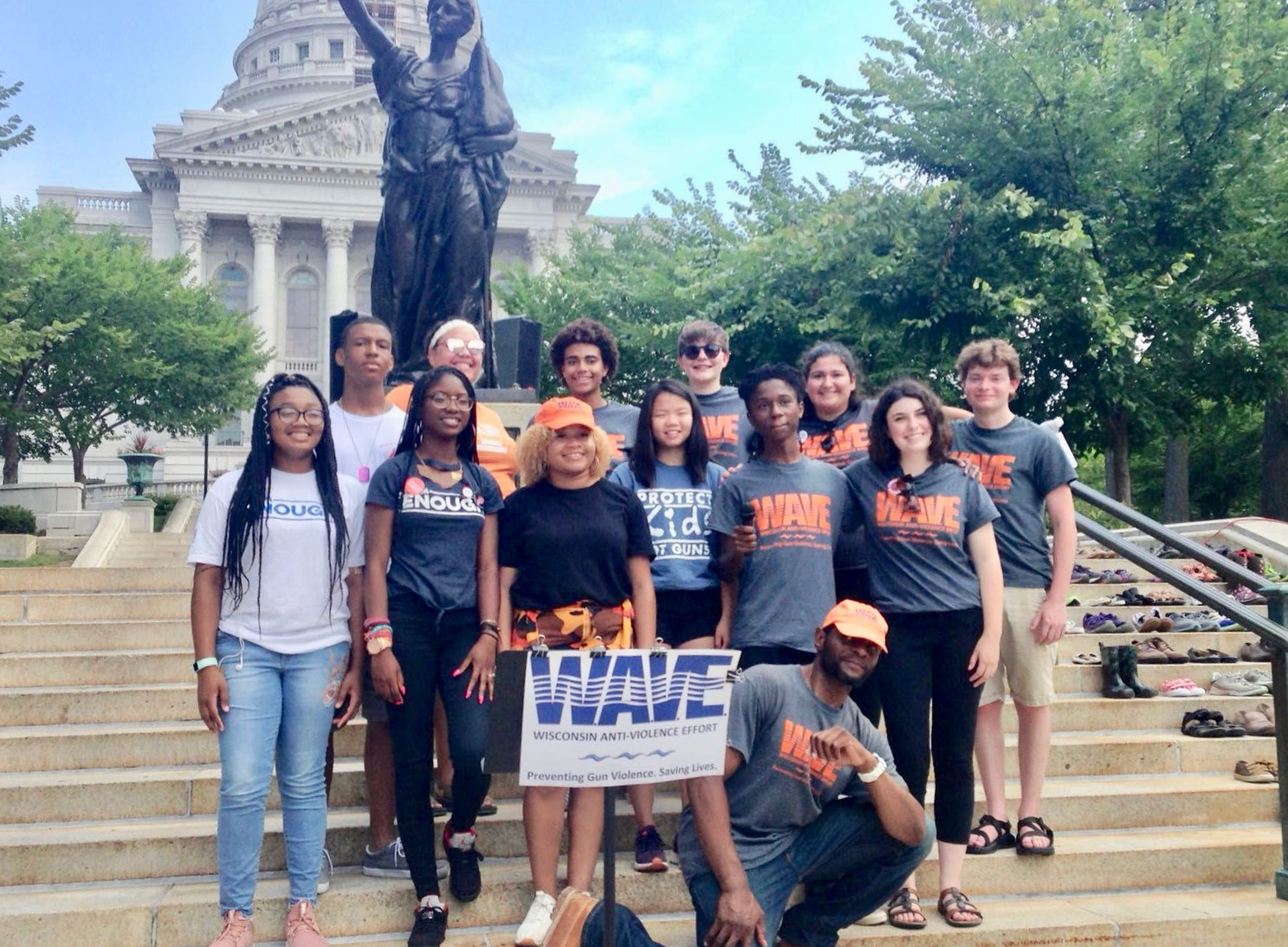 WAVE interns, seen here at the Wisconsin Capitol in 2018, have been organizing for solutions to gun violence for years. (Photo provided by Deja Garner)

A year after Milwaukee set a record for homicides, the Wisconsin Anti-Violence Effort, or WAVE, is forming a council of young people to generate and act on solutions to gun violence.

The council, called the WAVE Youth Advisory Council, will be made up of five to seven “committed young leaders.” Eligible applicants should be from 16 to 21 years old, live in Wisconsin and able to meet scheduling requirements.

There were 189 homicides in Milwaukee last year, the deadliest year on record. Biluge Ntabala, an award-winning essayist on the impact of gun violence and a Marquette University student, said the issue of gun violence is a reflection of larger societal failures.

“Shootings happen a lot, from police brutality, gang shootings, mass shootings, suicides,” Ntabala said. “But exploring the contributing factors to shootings tells us about what we can do as a society to stop the next one before it happens.”

Deja Garner, WAVE’s director of equity and outreach, said that the goal of the Youth Advisory Council is to generate solutions to gun violence based on the lived experience of the council members, as well as to develop council members’ capacity as organizers.

“We know that young people, particularly young people of color, experience gun violence and violence-related trauma at high rates,” Garner said. “Knowing this fact, we know how important it is to provide a platform for youth to use their voices to be the change they want to see.”

You may know Tatiana Washington from her role as an advocacy associate with March For Our Lives, a youth-led movement against gun violence that formed following the February 2018 shooting at Marjory Stoneman Douglas High School in Parkland, Florida. She was also the executive director of 50 Miles More, a five-day march from Milwaukee to Madison last summer demanding a special legislative session on gun violence, among other demands.

But it was a WAVE internship in 2018 where Washington learned how to organize effectively against gun violence, after her aunt was killed by her husband, who was a police officer. While she had been involved in a school walkout protesting gun violence before, she said it was WAVE that gave her the tools to grow as an organizer.

“I was given the space to try things out and how to organize a protest, and get other people involved,” she said. “It was an amazing support system to have.”

In addition to mentoring, former WAVE intern Tyler Kelly highlighted his exposure to new ideas from other interns.

“Interning with WAVE taught me about the power of diversity of thought,” Kelly said. “We used everyone’s experiences to come up with solutions to problems that affect everybody.”

WAVE will still be offering its regular summer internship in addition to the Youth Advisory Council. The internship usually begins around June each year.