You are here: Home / Home / Carousel / More than a soup kitchen: How The Gathering feeds the community through meals and service
Share this... 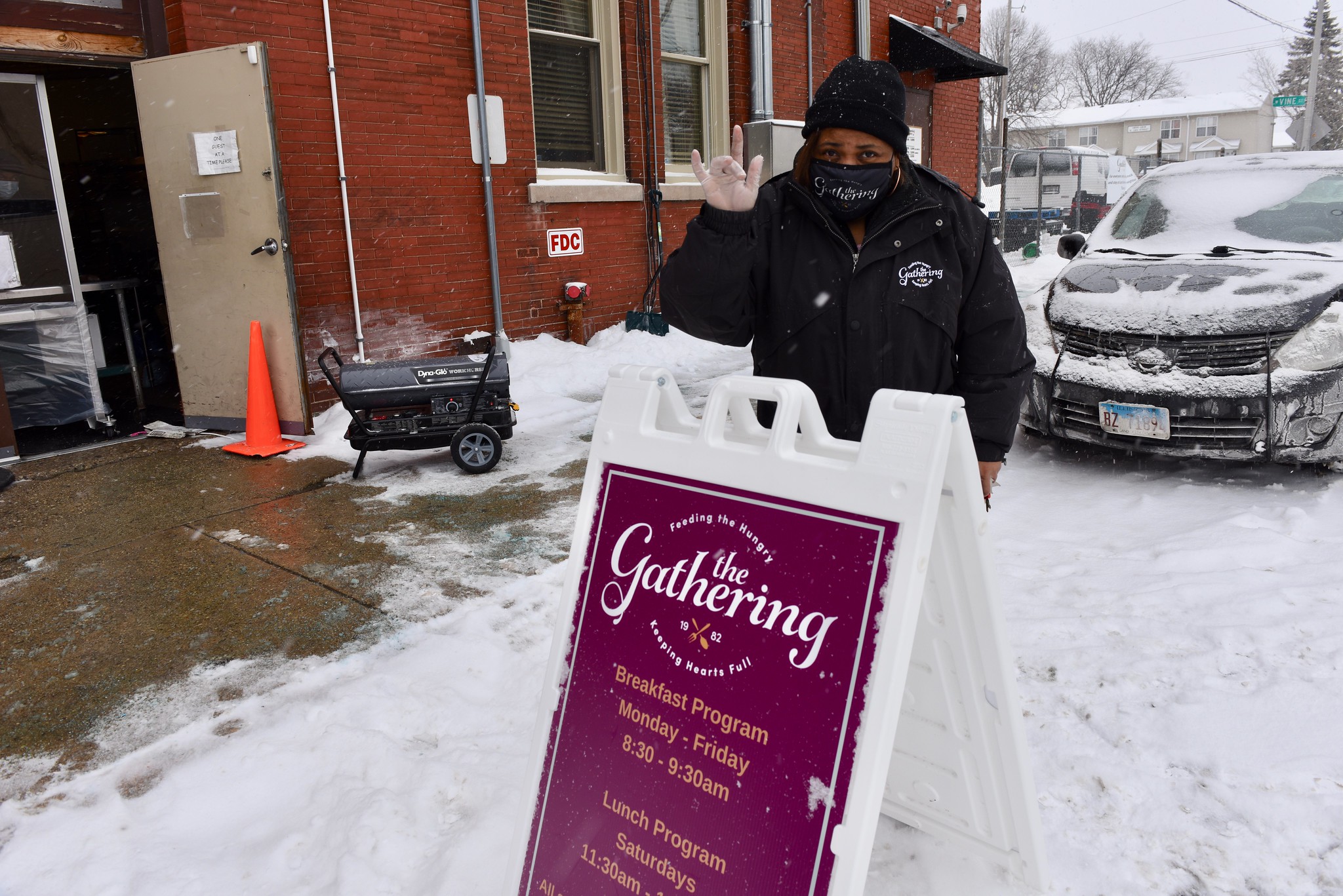 Angela Wright, pictured here in front of The Gathering’s Running Rebels location, has been serving meals at The Gathering for nearly six years. (Photo by Sue Vliet)

Technically, The Gathering can be described as simply a soup kitchen.

But for meal guests like Bejhan Gorgi Sr., it’s more than a place to go for a hot meal.

“I used to bring my twin daughters here before COVID,” Gorgi said. “I’d rather bring them here than Chuck E. Cheese.”

The Gathering, a 39-year-old nonprofit organization, served 53,000 meals in 2020 from four locations across the city, including one in the Running Rebels building at 1300 W. Fond Du Lac Ave., a 15-minute walk from Gorgi’s house.

But meals are not the only thing people come to The Gathering for. Timothy Corley, another frequent guest at the Running Rebels location, recalled a time when staff found shoes for him fit for winter weather.

“I was walking around with holes in my shoes in the snow, and one of the staff asked what size I was,” Corley remembered. “I had a pair of size 12s the next day.”

‘A priest, a lawyer and an accountant were walking down the street . . .’

This welcoming atmosphere did not come out of nowhere, but rather has been built steadily over the years. Mary Thickens has been volunteering with The Gathering nearly that whole time and said she has served on the board of directors for 18 years. She recalls The Gathering’s origin story happening almost by accident.

The Gathering was affiliated with the Episcopal Church until 2001, when it became an independent nonprofit. Today, The Gathering serves hot meals Monday through Saturday.

For breakfast cook Danielle Braze, the nonprofit offers her a chance to live her dream. 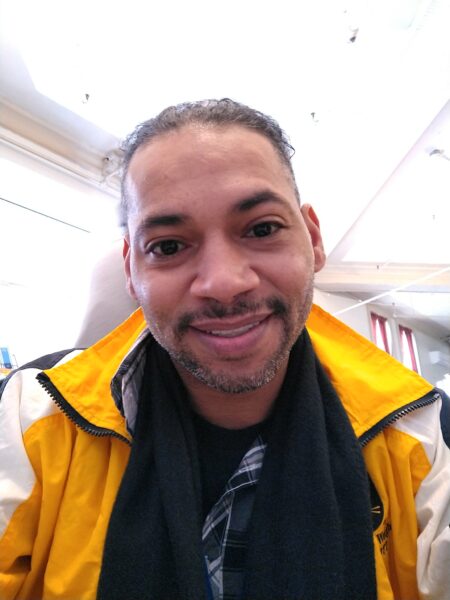 “Even if it’s just an hour for breakfast, that hour is a start,” says Bejhan Gorgi Sr., a meal guest at The Gathering. “Here you can get happy for the day.” (Photo by Bejhan Gorgi Sr.)

“Cooking is my craft. I love cooking, though I didn’t have any schooling in it,” said Braze, who cooks hundreds of meals per week at the Running Rebels location. “This is the most rewarding job I’ve had in my life. Homeless people are often looked down upon, but we’re here for food, resources, or just to talk.”

On Saturdays, The Gathering gives Braze and the rest of the staff a break and relies on its volunteer chefs and servers to carry the organization’s mission to serve. Program and volunteer coordinator Angela Wright said that different teams of volunteer chefs have taken to the role by creating their own little communities.

In addition, thanks to a partnership with Feeding America, Amazon and Running Rebels, The Gathering is now delivering 6,000 pounds of food per week to the Lindsay Heights neighborhood.

Lindsay Heights residents don’t have to do anything to get food, other than answer the door, Executive Director Lyn Hildenbrand said.

“Unfortunately opening another location is going to take dollars and volunteers,” Hildenbrand said. “Right now both are hard to come by because of COVID.”

Until last March, The Gathering hosted meal guests in a dining hall where guests, staff and volunteers broke bread together and built community. So when COVID-19 forced The Gathering to adjust, it was not immediately clear to Wright how to do that.

The first challenge was figuring out how to safely continue serving people and staffing the building. Then they were scrambling to find enough to-go boxes and lunch bags. Slowly but surely, though, The Gathering was back up and running.

“We don’t believe in turning people away, so even when we were technically closed, we were able to get donations of tuna packets and other easy things to throw into a bag lunch,” Wright said.

When The Gathering was officially back up and running, Gorgi remembered staff flagging him down on the street to welcome him back.

“They were riding around yelling ‘Hey BJ! We’re opening back up!’” Gorgi remembered.

Gorgi, who is facing houselessness, said The Gathering has been an essential part of his day no matter what challenges he faces.

“You have to start somewhere each day, and I start here. Even if it’s just an hour for breakfast, that hour is a start,” Gorgi said. “I’m under stress for this and that all the time, but here you can get happy for the day. That is the best medicine.”

Those looking to support The Gathering can do so by donating monetarily or in-kind, or by signing up to volunteer as an individual or group.

Alternatively, when it is safe to do so, Hildenbrand recommends coming to visit a location, even if you don’t think you are in the target population.

“You could be a millionaire and come sit with us,” Hildenbrand said. “Everyone can benefit from a hot meal and some company.”