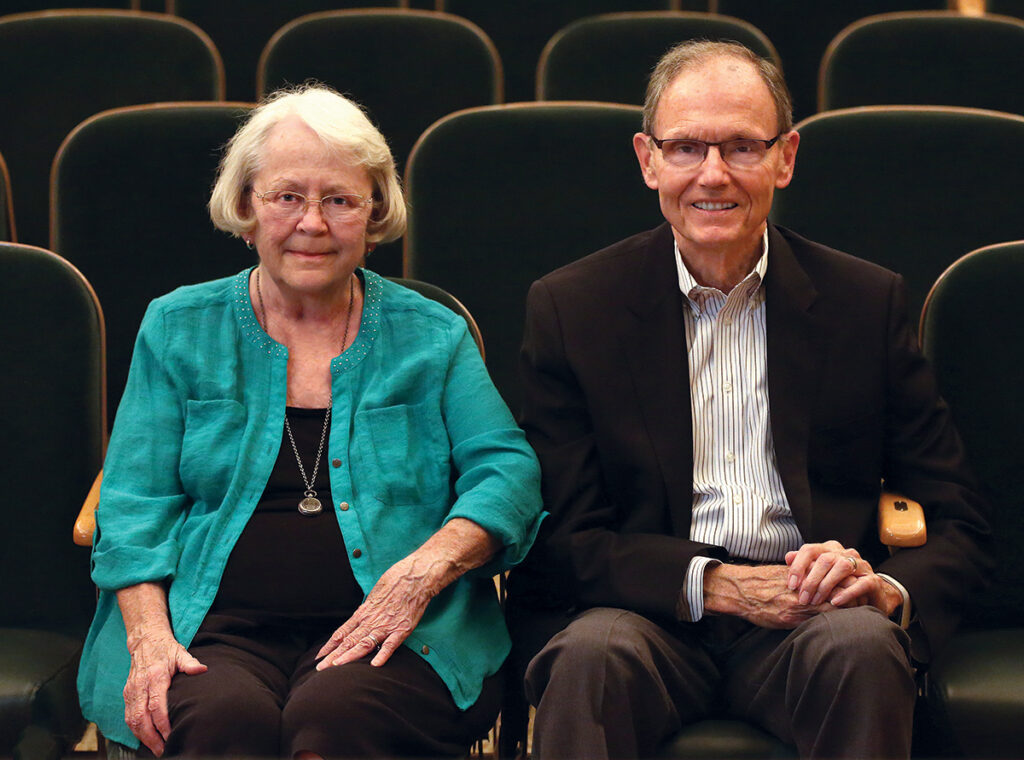 Alverno College has received a $1 million endowment from the estate of the late Janet D. Martin, a longtime member of Alverno’s Board of Trustees and an avid supporter of the college, President Andrea Lee, IHM, announced Thursday.

“Jan was a tremendous supporter of Alverno College and was enamored with what Alverno does for women – empowering them to reach their full potential and building leaders for a diverse workplace,” Lee said. “It is a privilege to receive this gift from our dear friend Jan and a way for her legacy to live on.”

“Jan’s dedication to education, equity and the arts was matched only by her dedication to our children and grandchildren,” said Vince Martin, Jan’s husband. “She was known for her intelligence, warmth, leadership and the way that she valued every individual she met. Alverno held a large place in her heart.”

Martin was a champion of Alverno’s Research Center for Women and Girls, helping shape a new outreach strategy for the center in 2009. Her generosity and dedication to Alverno students and girls in the Milwaukee community led to the creation of student research positions and programs that focused on girls’ confidence and leadership. Martin’s most recent support of the center combined her belief in the power of research with a drive to see more girls and women considering pathways to public service.

The Alverno Report: Wisconsin Women in Public Life is being released this year and reflects her dedication to the importance of women’s voices in the public sphere.

Martin received an honorary doctorate from Alverno in 2011 and was recognized that year for her meritorious service to the college with the prestigious Bene Award, which is given to individuals and organizations who demonstrate exemplary commitment to the college through support of its programs, operations and capital endeavors. Additionally in 2011, the Alverno College Board of Trustees founded a student scholarship in Martin’s name.

Jan and Vince were honorary co-chairs of Alverno’s Promise & Power campaign, which raised more than $32 million for the college from 2011–2015.

Martin received her undergraduate degree, with honors, from Stanford University in 1960 and master’s degrees from Stanford (1961) and the University of Kentucky (1963). She was elected to Phi Beta Kappa, the country’s most prestigious academic honor society, in 1960.