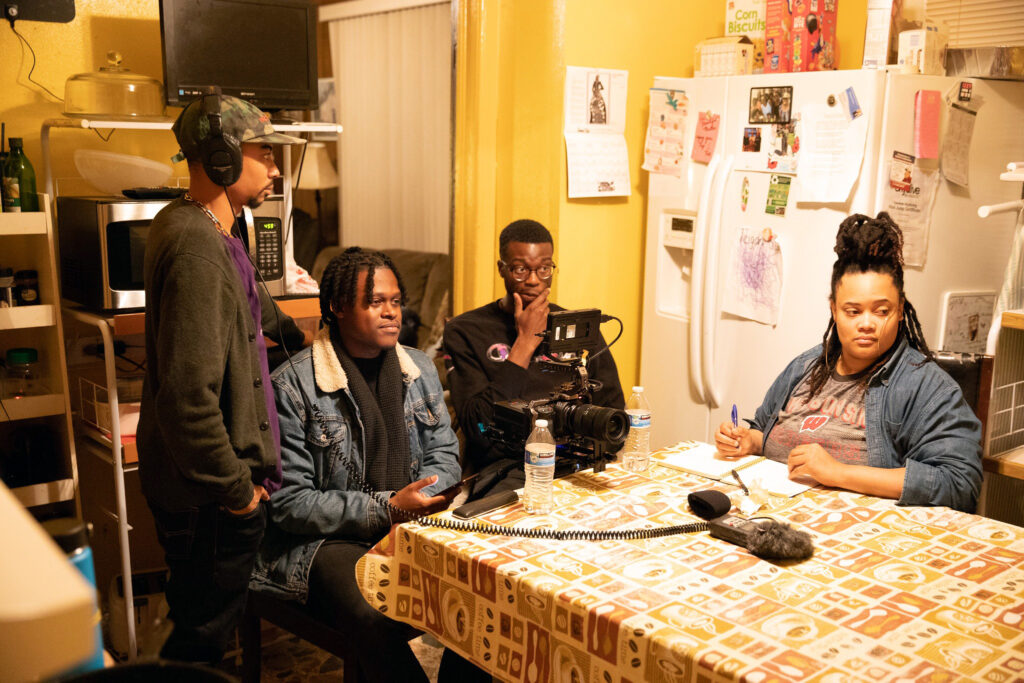 Through his documentary, “The Heartland,” Marquise Mays is showing Milwaukee the love.

And maybe something else.

“It’s part me cursing out Milwaukee for all its bad and part me recognizing that for all that Milwaukee has taken from me and other Black children, it was the first place to give me a lot,” said Mays, a Milwaukee-based filmmaker and media scholar.

“It was the first place I experienced love, and gratitude, and loyalty and happiness, so for those experiences I am indebted to this city,” he said.

The film follows three Black Milwaukee residents as they explore the city’s culture. Mays said “The Heartland” also reflects how much Milwaukee has influenced him.

“Regardless of where I was, I couldn’t make it [a film] look like Milwaukee or feel like Milwaukee,” said Mays, a graduate of Riverside University High School. “Another part of it is I have younger cousins who cannot wait to leave the city, and this is to show them that there is something here.”

Mays said he came back to Milwaukee after attending graduate school at the University of Southern California, where he studied cinema and media studies, because he wants to build his career In Milwaukee.

“I’ve been told that it’s not best for my career to be back in Milwaukee,” he said. “I understand that I was privileged to leave Milwaukee, but I also know this is where I want to build my career in film.”

Mays’ friends said they are proud of his accomplishments.

“’The Heartland’ was beautifully shot,” said Michael Wagner, Mays’ former journalism professor at the University of Wisconsin-Madison. “I enjoy the way he tells stories. He allows the subjects to drive the narrative.”

Wagner said Mays seemed to know everyone on the UW campus as an undergraduate.

“Anytime I caught up with him outside of class, people were walking past speaking to him,” Wagner said. “That shows how he affects everyone he meets.”

“Everything Marquise puts out is a representation of himself. He sometimes has doubts about the heights he can reach, so it’s exciting to see things working out how he sees it,” added Breanna Taylor, a close friend of Mays’ who worked on the project with him. “Marquise is indebted to telling a story unique to Milwaukee.”

Mays came back to Milwaukee and began shooting “The Heartland” in the middle of the pandemic and unrest concerning George Floyd.

“I came home in the middle of so much,” he said. “Being able to film ‘Heartland’ was a privilege because we had to be careful with everyone involved to get this done safely.”

He said he hopes that this film will be shown in a theater eventually so that people can get the “full experience.” But for now, you can follow “The Heartland’s” social media pages to keep track of viewing opportunities.

“Whether it be trauma or celebration, children in Milwaukee had a dose of both,” he said. “I realized no one really asked us how we felt about it, so this film was meant to do that.”