You are here: Home / Posts from Community / Post from Community: Nativity Jesuit Academy names Vanessa Solis as next president
Share this... 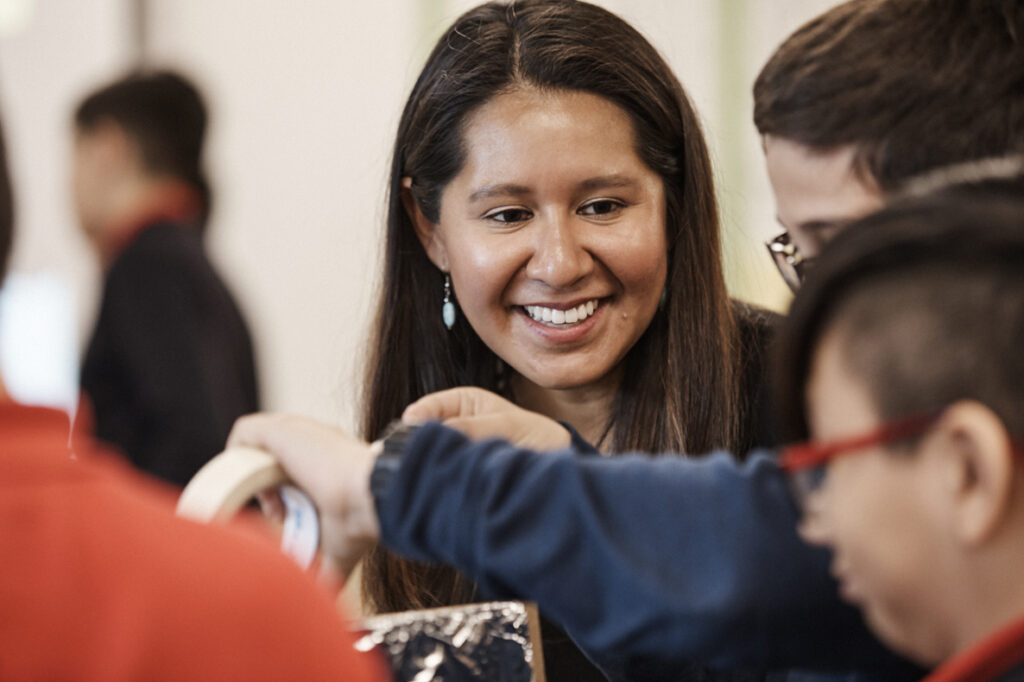 The Board of Trustees at Nativity Jesuit Academy and the Midwest Province of the Society of Jesus are pleased to announce the appointment of Vanessa Solis as the school’s next president.

“Vanessa brings a deep commitment to the lived practices of Ignatian spirituality, and her experiences as both a teacher and a principal will strengthen her work as Nativity’s next president,” said Fr. Brian Paulson, S.J., Provincial of the Midwest Province of the Society of Jesus. “Seeing Vanessa as Nativity’s first Latina president is a powerful alignment to the school’s call to serve Latino youth.”

Solis will formally transition to the president’s role effective July 1. Past Nativity president Sue Smith will remain in a consulting role to support Solis during her transition to this new role. The Board of Trustees is grateful for Smith’s continued dedication and leadership to Nativity as interim president during the search and as an invaluable resource to Solis as she transitions.

Nativity’s Board Vice Chair and Senior Manager of Projects for JLL, Andrea Scrobel, chaired the presidential search committee. She observed that while there was incredibly strong interest in the presidential position within the community and several strong external candidates were interviewed, it was clear that the best candidate was already at Nativity.

“There is no playbook on leading in a pandemic, but Vanessa has handled the challenges with grace and determination,” said Scrobel. “I am confident that under Vanessa’s leadership, Nativity will not only weather this pandemic but be strengthened because of it.”

Since joining Nativity in 2014, Solis has led ground-breaking work. Solis served as Nativity’s first ever K4 teacher, laying the foundation for the elementary school to grow as Nativity became a full K-8 school with more than 250 students. From that position, she then transitioned to Nativity’s director of elementary school education and ultimately became the principal in 2018. During the past year, Solis has navigated Nativity through a new set of challenges triggered by the pandemic. Through each stage of her time at Nativity, Solis has felt called to do more.

“While my time, energy and focus was on my current work as principal, I kept feeling that I was meant to do more for Nativity, more for our students and our families,” said Solis. “I know firsthand that a high-quality education is transformational not only for our students but their whole family and it is an honor to provide the same opportunities that were made available to me to our deserving students.”

Solis’ immense passion for Nativity and the success of the school’s students is grounded in her upbringing. Solis grew up in Chicago’s La Villita (Little Village) and entered school knowing only Spanish. Despite those economic and social challenges, Solis became the first in her family to graduate from college. She received her undergraduate degree from the University of Wisconsin-Madison (’06) and holds two master’s degrees –one from Cardinal Stritch University in Urban Education (’14) and one from the University of Notre Dame in Educational Leadership (’17).

Jay Schwister, Managing Director and Senior Portfolio Manager at Baird, serves as the Chair of Nativity’s Board of Trustees and participated actively in the presidential search.

“Over the past seven years, I have gotten to know Vanessa Solis through my involvement on the Board of Trustees. I am continuously impressed by her thoughtfulness, humility and intentional decision-making,” said Schwister. “As our first Latina president, Vanessa is starting a new chapter in Nativity’s history and it is a privilege to serve alongside her in our mission.”

“The impact of Nativity is possible because of the people who fiercely believe in our mission,” said Solis. “I am excited to harness the energy that surrounds Nativity and share the wonderful story we have with our current and prospective donors and the broader Milwaukee community.  The world class education we offer our students is possible because of our generous donors, and I personally understand that when someone believes in your potential anything is possible.”