You are here: Home / Home / Carousel / How one man is making his mark in Milwaukee by serving others
Share this... 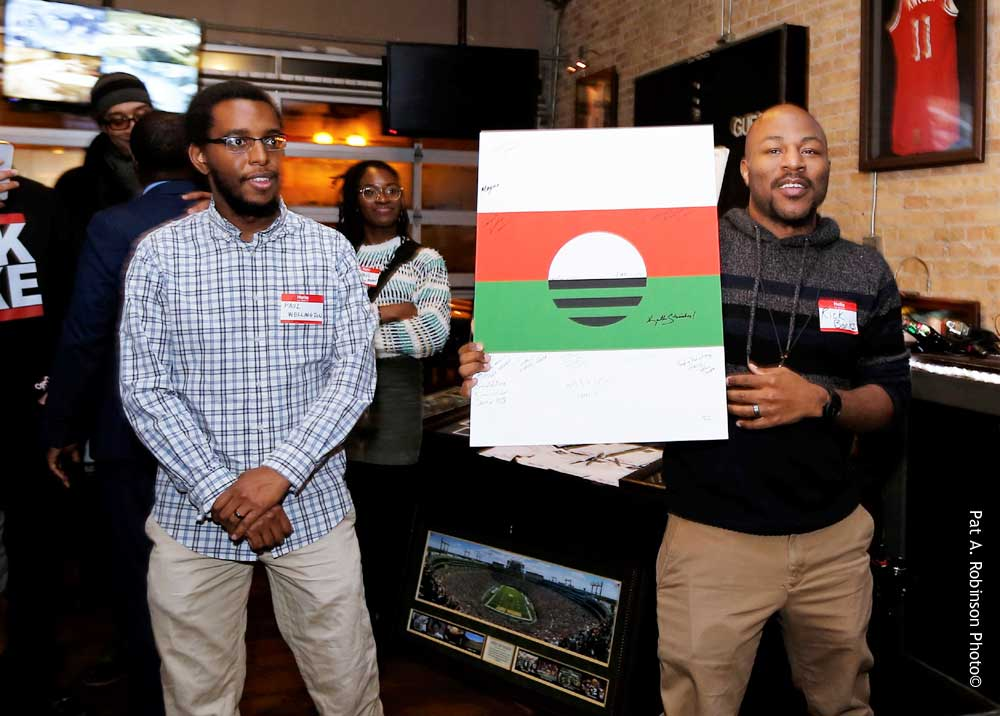 Rick Banks has always been a problem-solver.

Since he was a child, he has always thought about how he could make things better, he said.

From connecting Harambee neighborhood residents to resources near them to knocking on doors to be a resource for people who have election-related questions, Banks can be found serving Milwaukee.

Now the 29-year-old is making his mark through community and political organizing.

“My personal mission is the development of the Black community in Milwaukee,” Banks said.

Born and raised in Milwaukee, Banks said his giving spirit is a product of his upbringing.

“My parents were kind people with big hearts.” Banks said. “And I grew up seeing two or three different worlds.”

Although his family was lower middle class, Banks said he had family members who were poor. Seeing the struggles of different economic classes helped make him the man he is today, he said.

He attended Riverside University High School, where he developed an interest in politics. While there, he met Ald. Milele Coggs after inviting her to a meeting of the school’s Black student union.

“She told me to hit her (up) about my interest and I did,” Banks said. “I volunteered in her office over the summer and by the time I started college, I was invited to a paid legislative service aide position.”

He considers his time working as an aide the start of his political career. He credits most of what he knows about politics and community relations to working in her office and his time in the UW-Milwaukee student government.

“Rick is committed to the people,” said J. Allen Stokes, a former plan commissioner for the City of Milwaukee and a mentor to Banks. “He clearly has care and concern for the community.”

Allen and Banks met when Banks was an AmeriCorps member and worked on the Harambee Great Neighborhood Initiative.

“One thing I try to teach mentees is that if you have been blessing with skills and talents, you have a responsibility to give something back,” Allen said. “I can see that in the things he has done over the years.”

Banks has been a part of several ventures started with the goal of helping people in Milwaukee.

He served as the political director of BLOC, or Black Leaders Organizing Communities, a group that provides tools, training and resources to the community to ensure people are recognized at all levels of government, before leaving to focus on his own venture full time.

Banks also volunteers as the executive director of MKE Black, a nonprofit he co-founded that is dedicated to providing a one-stop place for information on dining, shopping, culture, resources and more.

“I am a person who sees that we need to try new things,” Banks said. “I have a strong support system that allows me to do so.”

Friends say Banks doesn’t always get the appreciation he deserves for the work he does.

“Rick is pretty mild-mannered and sometimes understated,” said Nate Gilliam, who has worked closely with Banks for the past five years but has known him longer. “His presence is louder than he is and that’s not always appreciated.”

In 2018, Banks launched an unsuccessful campaign for the Wisconsin State Assembly.

He said he’s done with politics — for now.

“I like to say I closed the door on politics, but the window is still open,” Banks said.

As someone who has accomplished much without a college degree, Banks said that experience tops any lesson he’s learned in the classroom.

“Don’t let anything stop you from doing the different things you want to do,” he said.