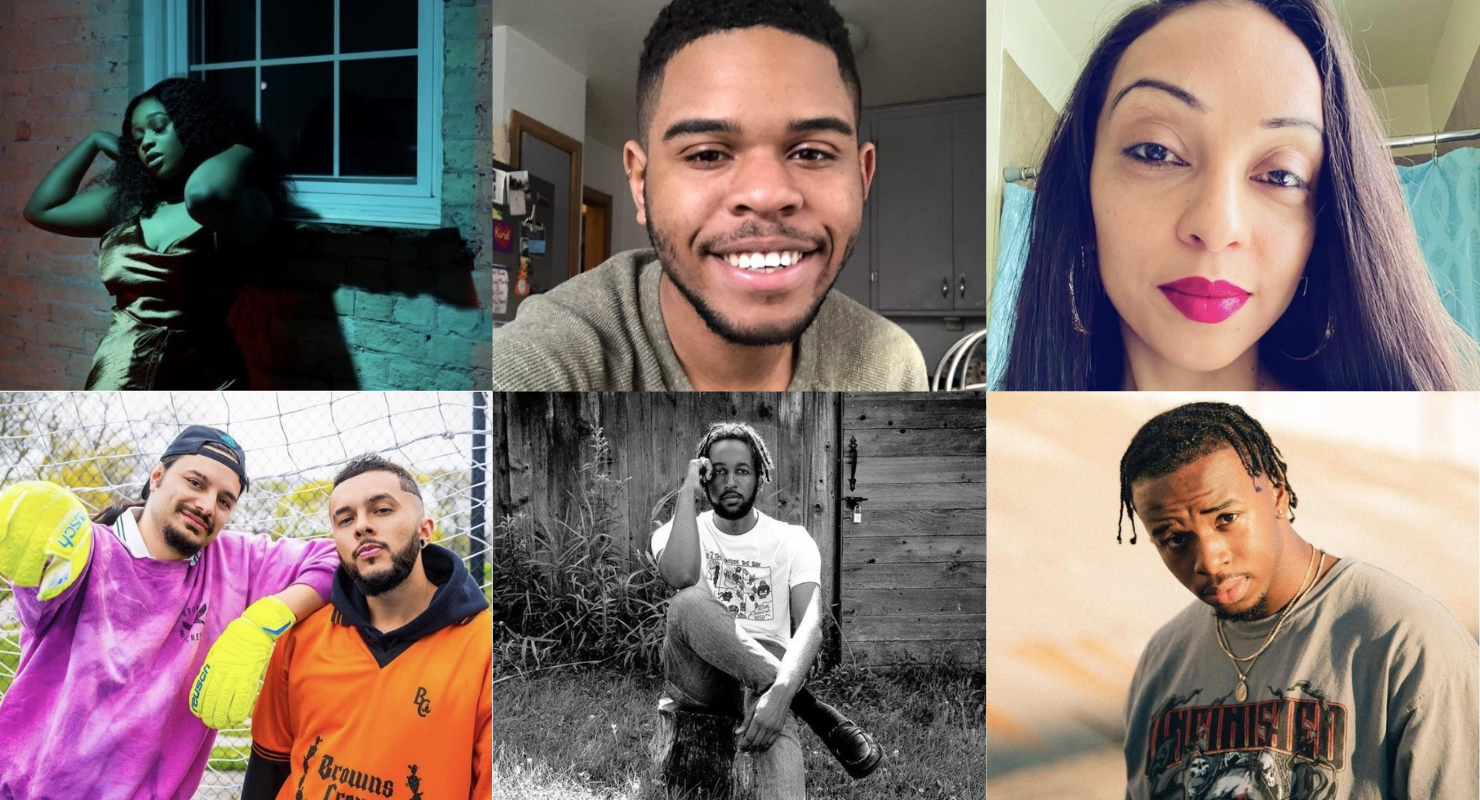 Today, Nō Studios founder John Ridley announced that the first round of funding has been awarded from its recently established Nō Studios Artist Grant Program. The program, entirely self-funded by the Nō Studios collaborative, has pledged to give up to $100,000 annually to support Wisconsin artists, especially those in historically underserved populations, to help them realize the completion of their artistic endeavors.

The first round of recipients are six Wisconsin musicians who will receive a total of $25,000, including: KoBe, Browns Crew, Sypher Lady X, BriJon, WebsterX and Cam Will.

Future awards will be given quarterly to Wisconsin-based creatives working in a range of disciplines including, but not limited to, visual arts, photography, music, film, dance, fashion, poetry, creative writing and performance. The program is committed to distributing up to $25,000 quarterly to qualifying artists with special consideration given to those identifying as BIPOC, LGBTQIA+, female or female identifying, disabled and/or veterans. Individual recipients are eligible to receive grants up to $10,000 each.

“It’s very exciting for us at Nō Studios to celebrate and support six Wisconsin based musicians who are not only talented but using their voices to uplift their communities,” said Nō Studios founder John Ridley. “Our hope is that these grants empower these individuals to take their artistic expression to the next level. I look forward to seeing what they create and how they continue their work as change-agents.”

Nō Studios is partnered with gener8tor, a Wisconsin based platform that provides resources and connections to people working in the creative economy to help run the program. gener8tor is responsible for handling artist grant submissions, the juried selection process and providing programming support to selected artists through mentoring, professional development and networking opportunities.

The second application submission round will focus on visual art, with applications due by Aug. 1 and grants awarded in September. Individual artists living and working in Wisconsin are encouraged to apply at nostudiosartistgrant.com. gener8tor offers a series of webinars and virtual office hours to help artists with the grant application process. A jury of creative professionals from outside of Wisconsin reviews all applications and awards the grants.

ABOUT THE GRANT RECIPIENTS:

22 year old KoBe is currently a journalism student at University of Wisconsin, Milwaukee. He is pioneering a new genre of dance music dubbed “Indie House.” KoBe plans to reinvest his grant money into the community, producing a music video to accompany his latest E.P. “Edge of the World,” showcasing Milwaukee’s vibrant music and dance scene.

Browns Crew is a Latin hip hop duo consisting of El Sebas & Cristo Paz, two artists whose music is influenced by their culture and experience as Mexicans. In 2019, Browns Crew were named a winner at Summerfest’s 2019 Emerging Artist Series and awarded Radio Milwaukee 88Nine’s 2019 Song of the Year for their single release, “Mil Aires.” The duo plans to use their grant money to outfit their home studio so they can continue to create at a higher volume and quality.

Originally from Zacatecas, Mexico, Sypher Lady X (SLX) was raised in the heart of Milwaukee’s southside and has spent the last decade as a hip hop artist and community activist in the city. She plans to use her grant award to invest in her craft, something she has never been able to do before.

“BriJon” represents a human who has spent a very long time running away from her pain and making mistakes but is finally embracing it to create something beautiful. Through her music, BriJon strives to represent the sides of the woman that are frowned upon and overlooked, made to feel wrong and earning them the title of “angry” by those who simply don’t understand.

A full time experimental hip hop artist born and raised in Milwaukee, WebsterX has been recording, releasing and performing music for the last eight years. His music crosses boundaries in genre, living in hip hop, indie rock, pop and electronic spaces. A first generation American whose parents emigrated from Ethiopia, WebsterX plans to use his grant award to help produce his forthcoming album and lift others in his community through his work.

Cam Will has been creating his unique, uplifting brand of music full time for the past two years. He believes that his success will inspire others in his community to see what’s possible and plans to use his grant award to continue making music and marketing it directly to audiences.  He’s also launching a brand attached to his music called “NOV” through which he plans on organizing city events such as soccer tournaments, city clean ups, mentor sessions with up and coming youth and more.

Founded by Academy Award winner and Wisconsin native John Ridley, Nō Studios is both a member-driven physical space based in Milwaukee as well as a digital platform geared toward artists and art lovers. Nō Studios is dedicated to supporting talent, elevating artists, and most importantly to bridging communities through the shared appreciation of interpersonal expression. www.nostudios.com