You are here: Home / Home / Carousel / NNS Spotlight: How two groups are working to meet the housing needs of queer, trans, Black and non-binary people in Milwaukee
Share this... 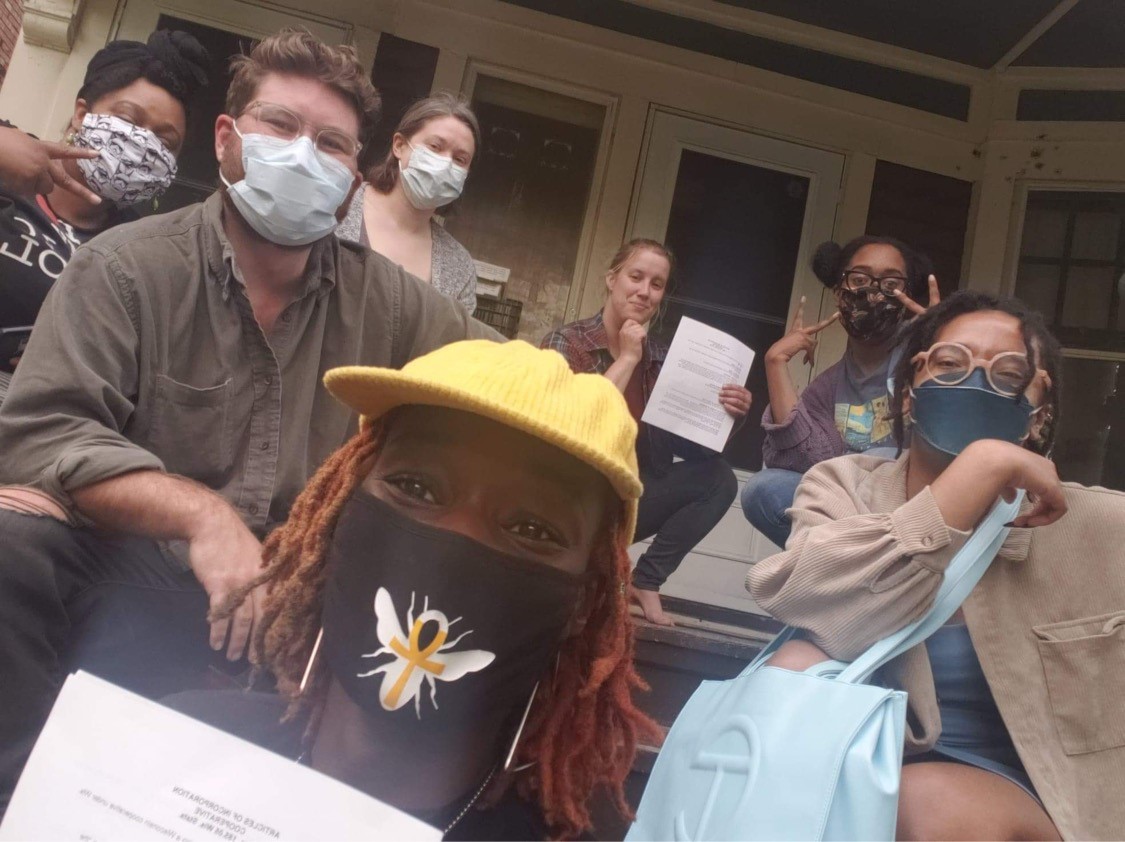 The Brave Green Wave Trybe and the 21st Street Cooperative have partnered to buy their first home. (Photo provided by Trevonna Sims)

In the spring of 2020, Annia Leonard was on the verge of being evicted.

But Leonard’s friends stepped in to help, and that lead to the creation of the Brave Green Wave Trybe, a group that has purchased a home that will be centered around and owned by queer, trans, Black and non-binary people.

“We saw a need that wasn’t being addressed directly by any of the existing organizations focused on housing or the community groups that were focused on queer folx,” Leonard said.

The Trybe partnered with the 21st Street Community Cooperative, which aims to build a safe and encouraging community of co-ops by purchasing multiple houses within a small radius around the 1100 block of North 21st Street.

The Trybe’s home will be one of the first housing cooperatives in Milwaukee exclusively serving queer, trans, Black and non-binary residents.

“I remember being a part of tight-knit communities as a child,” said Trevonna Sims, a member of the Brave Green Wave Trybe. “We need that back.”

The National Association of Housing Cooperatives defines a housing cooperative as “a form of homeownership where residents collectively own and control developments in which they live.”

The Trybe plans to move three or four of its five members into the house by fall, and the house will serve as the blueprint for similar projects.

“A housing co-op gives those who have been systematically blocked from homeownership an opportunity to build equity and learn the value of owning a home,” said Jordan Terry, co-founder of the Brave Green Wave Trybe. “Everyone has a stake in ensuring that the cooperative succeeds. We want to ensure that there is a space in Milwaukee that nourishes first-timers on their journey through home ownership.”

A study done by the Williams Institute, a research center housed at UCLA that focuses on sexual orientation, gender identity law and public policy,  showed that sexual minority adults are twice as likely as the general population to experience homelessness in their lifetime.

Caitlin O’Brien, a member of the 21st Street Community Cooperative, said her experience at Casa Maria, a group that houses women and children in need of short-term housing, is the reason she advocates for cooperative housing.

“It really made me passionate about communal living situations — seeing people work for their room and board and still have the time and energy to do meaningful work,” she said.

Others feel the two groups’ approach is a step in the right direction.

“Housing insecurity is not a problem that is going to be adequately resolved by a single program or housing model because the needs and desires of the housing insecure are varied,” said Shannon Virginia, a member of the 21st Street Community Cooperative. “But we believe that cooperative housing is a necessary option for Milwaukee.”

The groups are still taking donations and volunteers to help them make this home the space they want it to be.