You are here: Home / Community Voices / OPINION: Before this summer, I never truly respected the terrifying power of Lake Michigan. Then my 14-year-old great-niece drowned.
Share this... 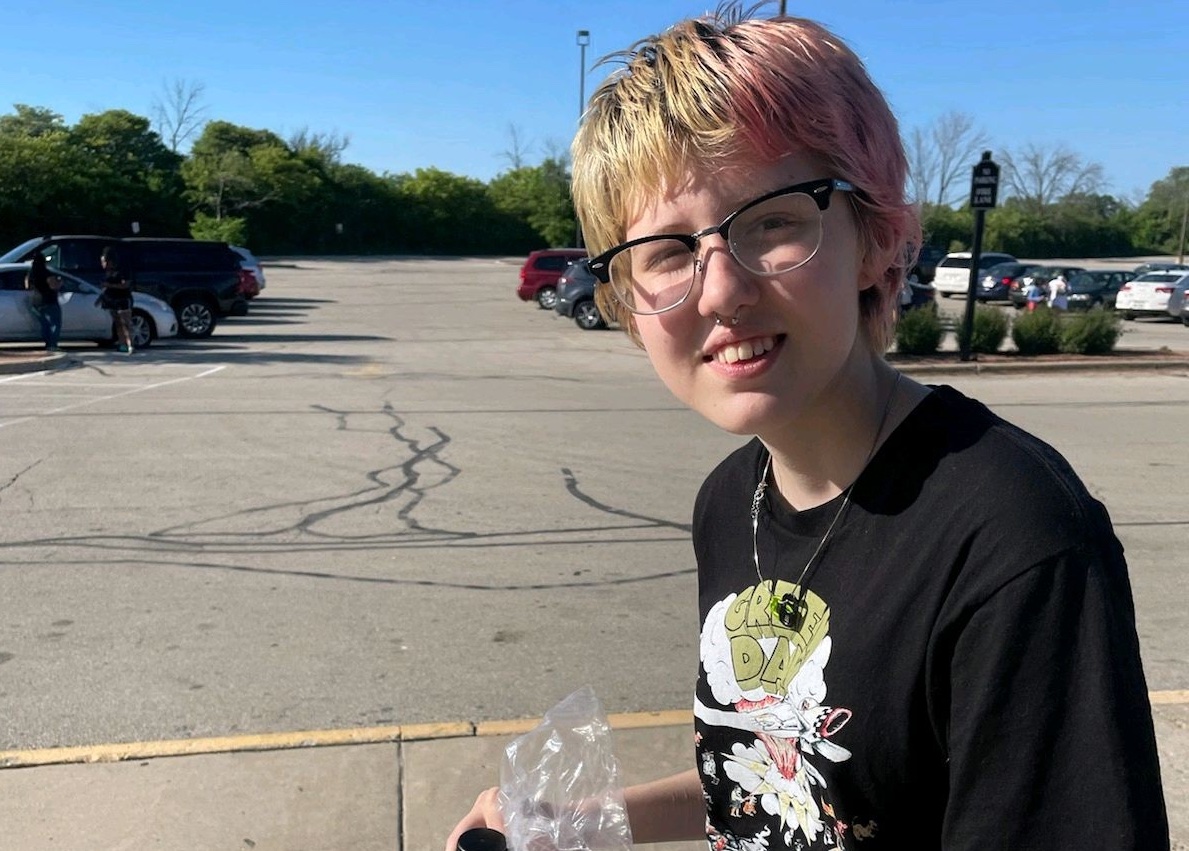 On June 21, my 14-year-old great-niece, my brother’s oldest grandchild, Lily, drowned in Lake Michigan. She was pulled from the water, given chest compression and flown to Children’s Hospital via Flight for Life. After seven days of tests, frantic pleas and prayers of family, friends and community, the doctors determined there was no brain activity and life support measures were ceased. Lily was gone and passed away in the arms of her shattered and heartbroken mother.

Lily had, in fact, probably been gone since the minute they pulled her from those icy, unforgiving waters. She was the third child to drown at that beach in less than a month.

Lily and a friend had gone into the waters of North Beach in Racine, and Lily got pulled away by a strong current that just days earlier had taken the lives of two others: 10-year-old Eisha Figuereo Colon and 17-year-old Yaahwinder Singh both lost their lives at North Beach and Zoo Beach.

The same day, a girl Lily’s age was pulled from Lake Michigan in Indiana. She also later died.

The statistics of such incidents are staggering.

Many of these drownings occur because of the strong currents that can pull swimmers — and waders — out into deep and turbulent waters that can quickly overcome them, causing them to panic and lose strength and the capacity to stay afloat. The cold temperatures of the lake are another factor, as is venturing into waters without lifeguards present.

The latter has been the norm this year, in particular, as there is a lifeguard shortage. Training to be a lifeguard for lakes, especially for a lake such as Michigan, which has been labeled the deadliest of the Great Lakes in a video produced by the Great Lakes Surf Rescue Project, requires a specialized kind of training. This training is different from the type of lifeguard certification requirements for public pools, and quite simply not enough people are qualified to obtain certification.

Still, even a strong swimmer can succumb to Lake Michigan’s rip currents. The Great Lakes Surf Rescue Project reports that two-thirds of all drowning deaths are because strong swimmers become overpowered by many types of currents, such as structural currents, a powerful suctioning type of current that forms alongside piers or breakwaters, fed by another kind of current called a longshore current, which in all likelihood may have contributed to Lily’s being swept away.

Before this summer, I had never heard of the Great Lakes Surf Rescue Project, and I never gave much thought to the currents of Lake Michigan. My own children — now adults — swam and played and jumped in those waves many times through the years as I sat on the beach reading or dozing. No lifeguard in sight. I thought, “They know how to swim.”

Before this summer, I never truly respected the terrifying power of Lake Michigan, which the Great Lakes Surf Rescue Project reminds us “. . . isn’t a water park or a public swimming pool. It’s beautiful yet dangerous, calmly misleading, enticing yet potentially deadly . . . ”

Before this summer, I had never heard of a technique for surviving being caught up in a current called “Flip, Float and Follow.”

Now, I know all of this only because our family lost Lily.

And I am sharing this with you, dear readers, to get the word out, so you do not have to lose anyone, too. I know summer is waning, but there will be warm days ahead when you or your children think of going to the lake.

Before you do, please take some time to look at the GLSRP website and watch videos such as this one on the danger of Great Lakes currents and the Flip, Float and Follow strategy that may help you and/or those you love to prevent or survive being caught up in one.

If you do not know how to float, take a class at Milwaukee Recreation and learn how. It’s only $5: https://milwaukeerecreation.net/rec/Programs/Aquatics/5-Swim-Lessons.htm

Share these links with everyone you know so you have the information I wish we had.

Because if you do go in the lake — that awe-inspiring, but potentially lethal lake — you and your loved ones’ lives may very well depend on it.