You are here: Home / Home / Carousel / Community organizations step up to help MPS students, teachers beat the heat
Share this... 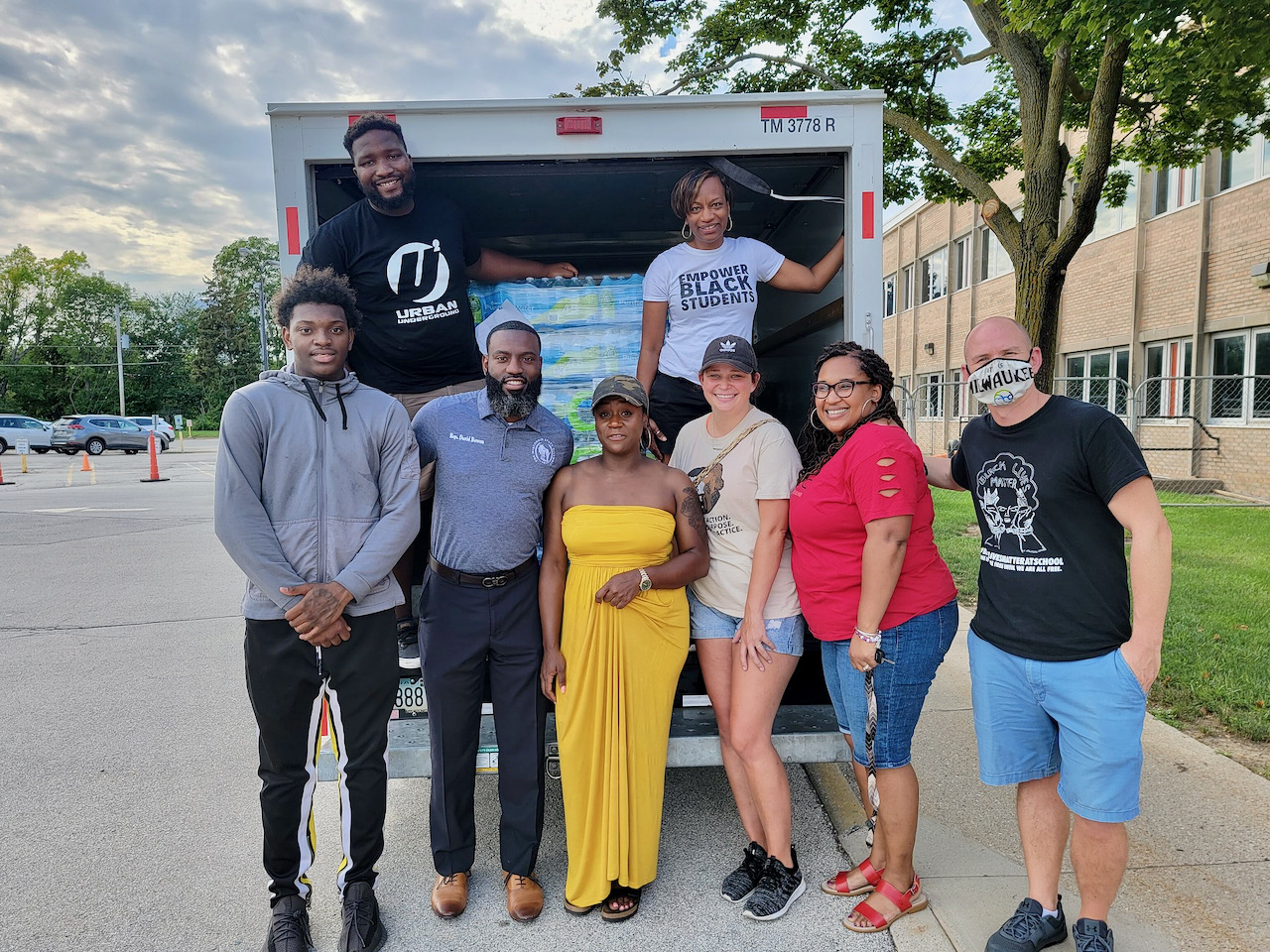 Community leaders rallied to provide supplies for MPS students and teachers to beat the heat this week as temperatures soared to over 90 degrees and many school buildings lacked air conditioning.

But they insist their efforts provide only short-term relief and that funding is available to create a long-term solution.

MPS Board of School Director Aisha Carr, along with members of the Black Educators Caucus MKE, Urban Underground and individual MPS teachers, collected over 4,500 water bottles that were dropped off at MPS sites throughout the week.

“There were definitely educators that were trying their best, but the fact of the matter was that everyone was uncomfortable because of the heat,” Carr said.

To support them, Carr and the two groups began distributing the water bottles Wednesday in the parking lot of MPS’ Central Office. The next day, the groups served schools in Carr’s district, including Andrew S. Douglas Middle School and Milwaukee Excellence High School, which share a building at 3620 N. 18th St.

MPS held classes for a half day Wednesday, but students returned for a full day Thursday after a drop in temperatures.

Carr, who represents the 4th District, said more needs to be done to avoid future closures.

After visiting schools in her district on Tuesday, Carr said that she wanted to find a way to use remaining money from the Elementary and Secondary School Emergency Relief program to deal with excessive heat in school buildings.

MPS has to spend $731 million in money from the program, which also is known as ESSER, between now and 2024. About $382 million of that money has already been earmarked for other projects.

In June, the district presented a plan to use nearly $200 million of ESSER funds to upgrade facilities, with $183 million earmarked for improving air quality.

Superintendent Keith Posley said during a news conference Wednesday that this does not include funding for putting air conditioning in schools.

“We have been going out to have conversations with the community about how these dollars should be spent,” Posley said. “Some of the things they have shared with us have been around the idea of air conditioning.”

In addition to closing schools Wednesday afternoon, MPS also released guidelines for how students and teachers can stay cool. The guidelines include tips like bringing a water bottle to school, leaving windows open to circulate air and going outside to take breaks from wearing masks.

Carr said the recommendations were helpful for now, but that the funding is there to modernize buildings to avoid excessive heat in the future.

“The bigger issue is how we address the long-term problems like the ventilation and cooling of our buildings,” she said.

Ty’quone Redd, a senior at Marshall High School, said the weather has made it difficult for students.

“If it’s too hot and I’m uncomfortable, I’m going to leave,” he said.

“It would be helpful to have AC, it’s more safe,” he added. “You don’t have to worry about people passing out in class.”