You are here: Home / Posts from Community / Post from Community: “Seating” expanded for ‘The Epidemic and The Game’ trauma treatment seminar on Sept. 11
Share this... 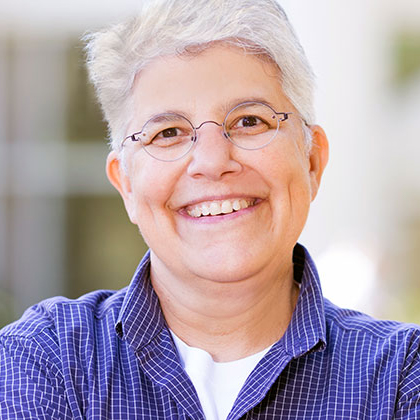 Additional accommodations have been made after more people than expected registered for a free training on Saturday, Sept. 11 to assist people who have survived traumatic events. Several hundred people ranging from social workers to first responders, lawyers, law enforcement officers and mental health therapists are expected to attend the virtual training, which was originally scheduled to be held at Cardinal Stritch University’s campus in Glendale.

“A very generous donor stepped forward to cover the additional costs to expand attendance for our eighth annual The Epidemic and The Game  training,” said  Debbie Lassiter, D. Div., CEO and co-founder of Convergence Resource Center (CRC). “Because of this, more people will be better informed in providing support to victims of intense trauma like sexual assaults, being sex trafficked or other experiences.”

The half-day The Epidemic and The Game seminar will focus on Dissociative Identity Disorder (DID), a mental health disorder formerly called multiple personality disorder that the American Psychiatric Association estimates affects 3.5 million people in the U.S.

“I think the number is at least 9 million and probably much higher,” said Olga Trujillo of Star Prairie, Wis.

Trujillo is an internationally sought speaker and author helping advocates, first responders and others better understand the impact of trauma on survivors of sexual assault, domestic violence, child abuse and human trafficking. She has spent the past 20 year helping people living with DID after learning she had the disorder that manifested itself years after being abused by her father as a child.

“DID is not an illness, it’s a disorder,” said Michele Cohen, Ph.D., a psychotherapist from Milwaukee who has worked for decades with people living with DID. “Unfortunately, many first responders like police officers, paramedics and emergency room personnel do not even believe it’s a disorder, let alone understand it.

“As helpers, we seek to help others in distress to put things into an order that can help a person to manage their lives and life stressors so they feel they have control and a sense of satisfaction with their life,” Cohen said. “We need to listen carefully to the stories of survivors, build trust with them and then we can learn how they did survive and help to transfer those amazing survival skills into skills to help them live safe lives full of hope and possibility.”

Cohen and Trujillo will join Lassiter in leading The Epidemic and The Game half-day seminar on September 11. Each will share their perspective while offering tools and techniques to help people with this disorder. People interested in the training should register on CRC’s website (https://www.convergenceresource.org/events/the-epidemic-and-the-game-2021).

Cohen explained that dissociative disorder is a coping mechanism allowing a person to escape from reality in order to survive traumatic experiences that typically occur beginning in early childhood. DID is marked by the presence of two or more distinct personality states within one individual. Each of these personality states (sometimes known as “alters”) may have a unique name and characteristics, including a different voice, gender, and set of mannerisms.

“DID is a really creative survival process that our highly developed brains create to survive unrelenting trauma,” added Trujillo. “That’s why it is so important to diagnose it, begin treatment and start the healing process so that the person can move through the world safely.”

“Many human trafficking survivors struggle with DID,” said Lassiter. “Police officers or first responders often will take a statement from a victim, not knowing that person has DID. A minute later, that victim may have involuntarily changed alters and literally, that officer or first responder is speaking to a completely different person, leading to the victim’s statements not being accepted or being dismissed.”

“DID is real. It is common in survivors of human trafficking but very few in law enforcement recognize or believe it is a real condition,” said Trujillo. “It’s problematic for law enforcement – police officers, prosecutors and judges – because you can’t address the crime (of sex trafficking) and not believe the victim. If you don’t know what you’re seeing (with DID), you can’t investigate. And that’s advantageous to traffickers.”

“Unfortunately, medical personnel, first responders and the media irreverently interchange schizophrenia and DID and they are not in the same diagnostic category,” said Cohen. “This training is a good first step for first responders, medical personnel or anyone think about working with people who live with complex post traumatic stress disorder (PTSD), like victims of sex trafficking and other crimes.”

Attendance is free, but space is limited. The Epidemic and The Game Is on Saturday, September 11 from 9 a.m. to 12 p.m. Registration is open on CRC’s website (https://www.convergenceresource.org/events/the-epidemic-and-the-game-2021).

For more information about DID or help to find treatment, you can visit the International Society for the Study of Trauma and Dissociation (ISSTD) website (https://www.isst-d.org/resources/dissociation-faqs). For further support, you can call The National Alliance on Mental Illness (NAMI) Help Line at 1-800-950-6264 or email at info@nami.org.

Convergence Resource Center (CRC) is a faith-based nonprofit community service organization providing support for men and women rebuilding their lives after trauma with an emphasis on justice involved women and female survivors of human trafficking. It collaborates with more than 50 community service organizations locally and nationally through partnerships and membership in several human trafficking task forces. To learn more, call (414) 979-0591 or visit www.convergenceresource.org.