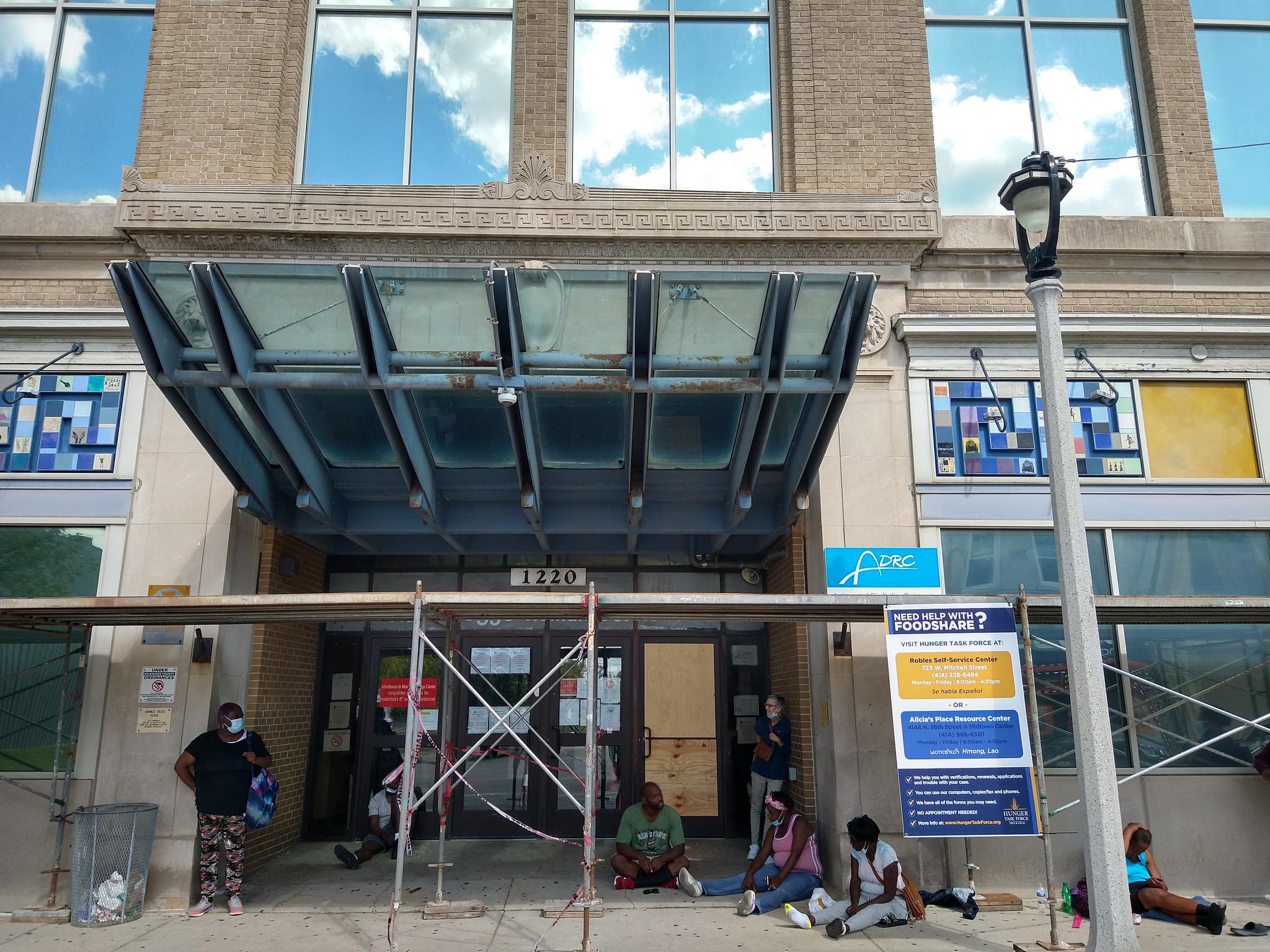 Up until this week, the Marcia P. Coggs Human Services Center had only been open part time for in-person support for services like applying to FoodShare. This led to long lines, with some residents lining up as early as three hours before the center opened to ensure they got the help they needed. (Photo by Sam Woods)

The Marcia P. Coggs Human Services Center reopened this week for full-time in-person service for the first time since March 2020, when COVID-19 precautions forced it to pursue more remote options.

This means that Milwaukee County residents looking for in-person support with services ranging from mail pickup for those who are homeless to applying for FoodShare and child care subsidies can now get the support they need from 8 a.m. to 4 p.m. at the Coggs Center, 1220 W. Vliet St.

Community leaders, including the Democrats in the state Legislature who represent the county, said that although the health and safety of staff is a valid concern, the limited hours made it difficult for residents to receive much-needed services.

When Eric Jefferson, for example, got a letter in May informing him that he would need to submit new documentation to prove his continued eligibility for FoodShare, he wanted to start the process as soon as possible.

“That letter they send you saying you need to reapply has an underlying threat: You’re about to get cut off,” Jefferson said of FoodShare, which pays for groceries for low-income residents.

Jefferson said he went to the Coggs Center after receiving the letter, but when he got there, he found the doors were locked and information about the building’s hours had “conflicting messages.” He tried calling but was put on hold and unable to get through, wasting minutes on his phone at a time when he did not have many to spare.

After submitting his application twice, one by faxing it from the library and another online with the help of his wife, Jefferson was able to get FoodShare benefits. However, he and his wife went two months without them, even though they were qualified, in part because Jefferson could not complete his application without in-person help.

Jefferson said he has a learning disability that makes it difficult to follow instructions because his mind rearranges the order the instructions come in. He said he can complete instructions quicker and without mistakes if someone helps him.

Had he been able to receive in-person support at the Coggs Center, Jefferson thinks many of his difficulties with applying would have been avoided.

“It’s not just about my constraints and how to address them but also about the constraints of a system that wants to find ways to exclude people,” he said. “Our financial situation is worse now than in May.”

Moore Omokunde said the issue is not “about pointing fingers and playing the blame game” but is “about creating a culture of accountability.” He said he respected state officials for “protecting workers and finding a way to open full time.”

Evans said the Coggs Center will have limited staff available for in-person assistance full-time going forward and is expanding its remote support options.

“We learned during the pandemic that it is better for our customers, at least timewise, to provide them with the telephone option, computer option and mobile app option,” she said. “It also ensures customers are safe.”