You are here: Home / Community Voices / OPINION: Voter suppression laws and abortion bans are just the beginning. But to what end?
Share this... 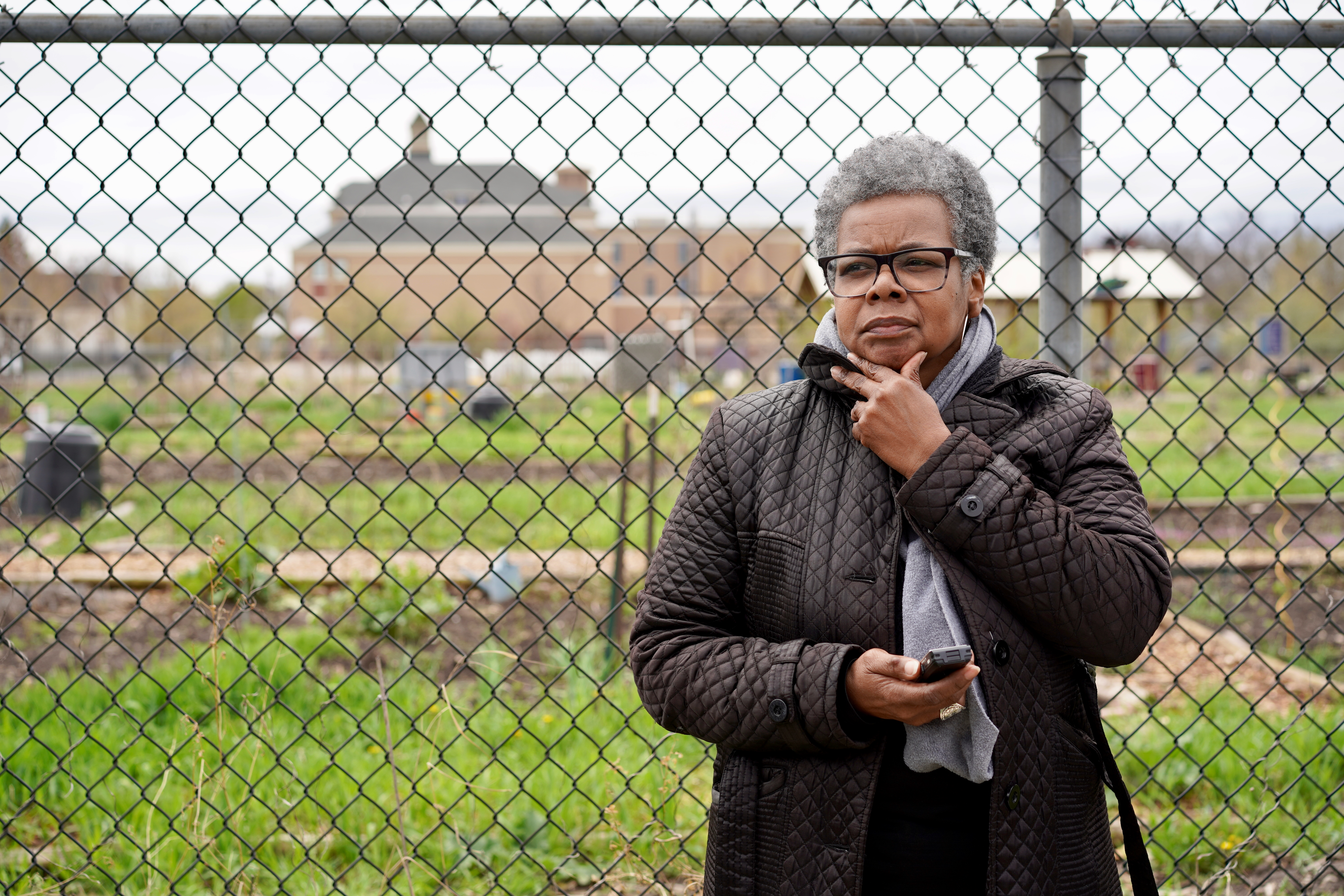 Sarah Noble writes: “Every single indicator of our poor health and access to care can be linked to racism, which is synonymous with control. Having our freedom and being able to control what happens to our bodies are one in the same.” (Photo by Adam Carr)

I write these words with a heavy heart and spirit. I’ve spent decades of my life working for justice. I’ve marched, lobbied, organized, written countless documents and recited many speeches. While the work is necessary, it takes a toll.

That truth became personal when I fainted on the steps of the Wisconsin Capitol in 2011while giving a speech about health disparities among women of color. Moments before my speech, I had asked women of color colleagues to stand behind me. Television cameras were there, and I wanted them to capture our Black and brown faces — after all, my speech was about us. As the cameras were rolling, I fainted and other women caught me before I hit the ground. I was taken by ambulance to an ER and learned I had an undiagnosed health condition that caused my heart to literally skip beats. I also learned my condition was serious and I could have died.

All of us there that day continue the work because the attacks on our lives are ever present. In fact, we’re going backwards. So much of our work is focused on the rights we’ve won and now lost. We have fought hard for the right to vote and as of June, dozens of states introduced laws making it harder to do so. Wisconsin Gov. Tony Evers vetoed six voter suppression laws just last month!

We have also fought hard for the right to control what happens to our bodies, but that fight has become even bigger. In August, a six-week abortion ban, with no exception for rape and incest, became the law in Texas. Most people do not even know they’re pregnant at six weeks. Many other states will copy this law and pass similar bans. We continue this work because we know and witness the harsh realities that follow these egregious attacks on our democracy and our bodies, especially among Black women, Indigenous women and other women of color.

We are in this work together because our stories are intertwined. Some of those stories are heart-filled like the story of Congressman Gwen Moore becoming the first Black woman to represent Wisconsin, and the tears of joy my mother cried the day Gwen was elected. For my mother, that win meant 79 years of waiting not only for the right person to represent her, but for someone who knew her lived experiences, because in essence, she was her. There are countless stories of triumph like this one — and there are still far too many that don’t end well.

Our stories include poverty, ones that shame us for having children and deny our right to parent the children we have in neighborhoods with quality schools, affordable housing, access to food, free of environmental toxins and violence. They include racism, sexism and misogyny that take the form of coercion, incest, rape and forced sterilization. And there are stories about us that read more like statistics than the inclusion of our human experiences. They are the stories of disproportionate rates of heart disease, diabetes and cancer, unintended pregnancy and lack of access to reproductive care, including birth control and abortion services.

Every single indicator of our poor health and access to care can be linked to racism, which is synonymous with control. Having our freedom and being able to control what happens to our bodies are one in the same. But we’ve always known we can’t wait for justice to be granted. We must fight to make it happen.

Our other long histories include our contributions to every movement, including abortion rights and reproductive freedom. We’ve always understood the intersectionality of every justice issue. It’s no coincidence that Texas enacted the most restrictive voter suppression law and the most restrictive law to control our bodies in the same week.

Their common goal here is control, and the dangers harken back to the worst of times. Not only does SB 8 ban abortion after six weeks, but it also allows people to sue someone who provides an abortion, helps someone obtain an abortion — by giving them a ride, for example — or even intends to do these things. The law also includes a provision to deputize everyday people to enforce the ban and give them a bounty of at least $10,000 per violation when they prove someone has broken this law.

We are seeing this happen in 2021 in a country with an ugly history of hunting humans for a living.

Even though abortion remains safe and legal in Wisconsin, the threat to future abortion care is real. Gov. Evers supports reproductive freedom and pledges to veto any bills to ban abortion. However, our state already has an old criminal abortion ban, which hasn’t been enforced since Roe v. Wade made abortion legal in 1973. After that decision, the Wisconsin law was never removed.

The U.S. Supreme Court plans to hear arguments related to the long-standing court precedent and could possibly overturn it by next year. If that happens, the old criminal abortion ban will once again become law in our state. That and the expectation that conservative Wisconsin legislators will copy the Texas law presents a real danger to our right to seek safe and legal abortions.

It’s up to us to stop this assault on our rights. Call your Wisconsin legislators. Tell them you expect them to uphold their responsibility to protect all of our human rights and to repeal the Wisconsin criminal abortion ban.

Regardless of where you stand on abortion, ask yourselves who is hurt by laws like SB 8. Know that with every other conservative strategy, there’s an end game — to take away our rights and have complete power over us. Voter suppression laws and abortion bans are just the beginning. Their wins are setting the stage to upend all other constitutional rights — our right to religion, free speech, to assemble, to be tried by a jury of our peers, to be protected against cruel and unusual punishment.

Together we can stop this. Our lives and our democracy depend on it.

Sarah Noble, founder and principal partner of BeNoble Group, has been actively working for justice for more than 30 years.