You are here: Home / Home / Carousel / ‘A heart for the community’: North Side doctor keeps her focus on her patients
Share this... 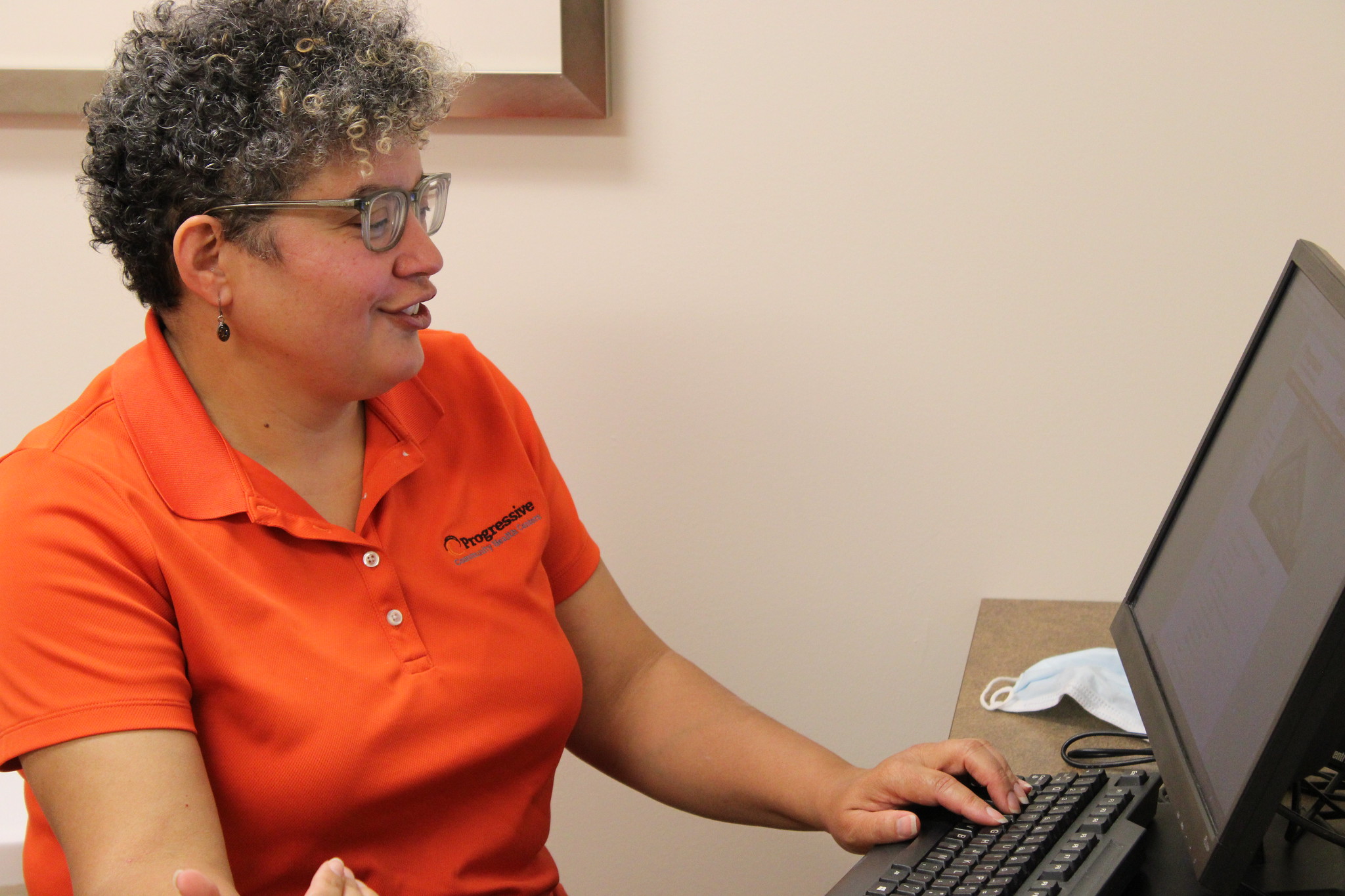 Dr. Madelaine Tully, a family practice physician at Progressive Community Health Centers, has been at the clinic for 12 years. (Photo by Matt Martinez)

Madelaine Tully didn’t always know she wanted to be a doctor.

After getting her degree in history from Harvard University, she found herself unsure of what to do next. For Tully, a Milwaukee native raised on the East Side and a graduate of Rufus King High School, there was only one place she wanted to go: Home.

Then it hit her.

Out of school and working at the Department of Health and Human Services in Boston, Tully was researching data from surveys taken from community health centers. She found there was a need for doctors at the centers and wanted to contribute.

That started her unconventional path to medical school at University of Wisconsin-Madison and an eventual ride back east on I-94 to her hometown.

Since then, it’s been a dream job in a community Tully loves.

Tully, 52, a family practice physician with Progressive Community Health Centers, has been with the clinic for 12 years. In 2019, she was named a Milwaukee Biz Times Health Care Hero for her work advocating for uninsured and underinsured patients.

Since she began working at Progressive, Tully has participated in and led programs focused on such chronic illnesses as hypertension and diabetes, which are prevalent on the North Side.

Tully also works with the Healthcare Collaborative Against Sex Trafficking, a program that examines the way the health care system treats survivors of sex trafficking.

With a grant from Advancing a Healthier Wisconsin Endowment, the collaborative tries to address barriers in care for patients, including discrimination and breaches of confidentiality. Tully said one of the goals of the program is to avoid re-traumatizing survivors.

“You can tell there were families that were really struggling,” she said. “Even though I feel like the school system has done a lot, there is no school system or any system that can effectively mitigate poverty.”

Tully said she was concerned for her patients following lifting of the eviction moratorium, noting the difficulty of obtaining health care without secure housing. She said many patients had expressed concerns about housing.

Tully said she was proud of the “steady and important part” that community health centers, like Progressive, have played during the pandemic and in vaccination efforts. She said the coronavirus opened many eyes to the existence of these health centers.

Kos said Tully has emerged as a leader because she “sees beyond herself.”

For parents Maria and Andy Tully, their daughter’s path makes perfect sense. Still living in Milwaukee, Andy Tully said her work now echoes some of the services he provided when he was a social worker in the city, especially because she spends time with patients and doesn’t “move on to the next question.”

“Her work is her reward,” Maria Tully said. “She could be making quadruple what she’s making now just because she’s so articulate and so present, but this is where she wants to be.”

“You don’t really have much control over who you love, and this is a community that I love,” Tully said.