You are here: Home / Neighborhoods / North / Amani / Amani United in fight over leadership
Share this... 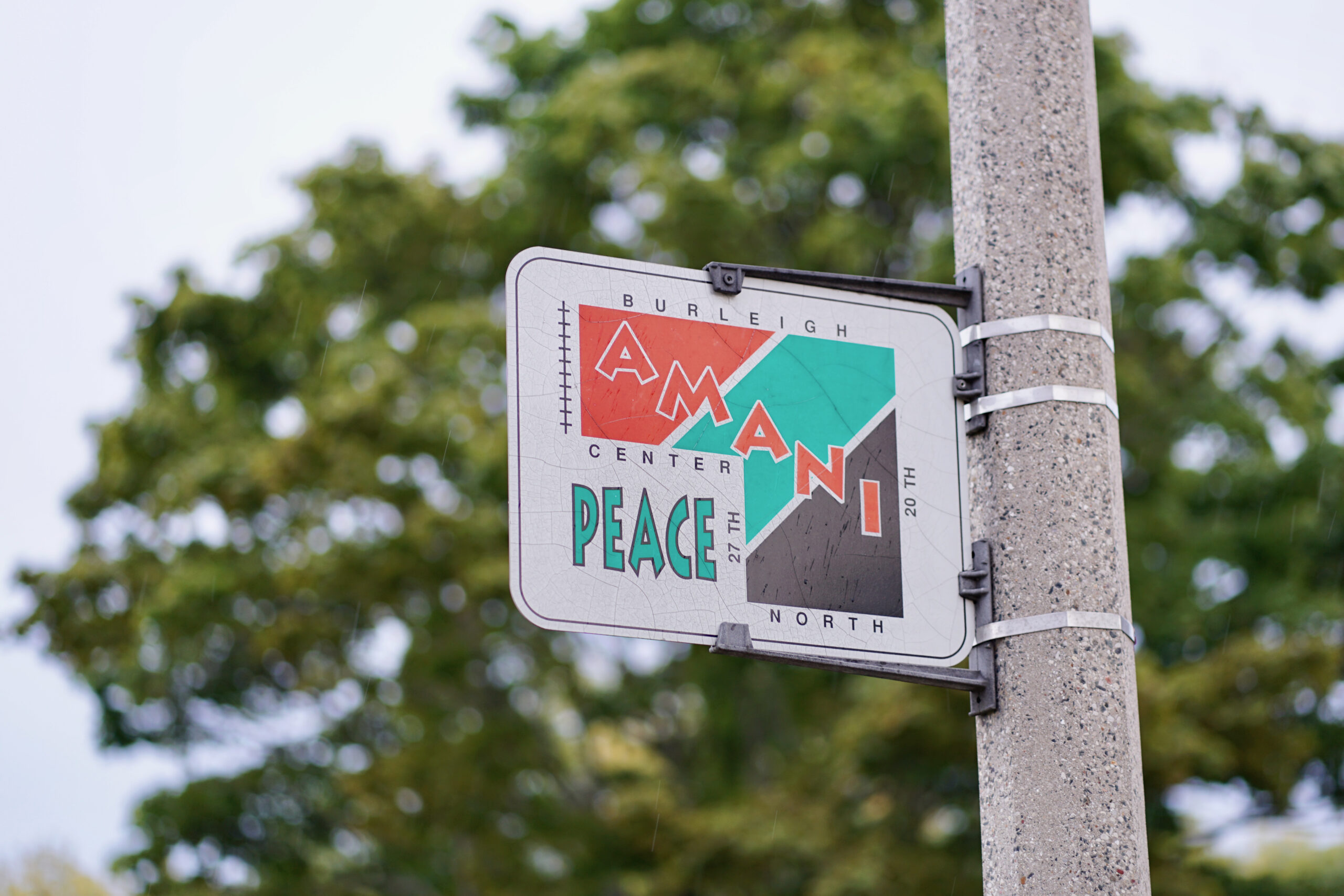 Members of Amani United, the resident-led community group, are engaged in a leadership power struggle. (Photo by Adam Carr)

This story has been updated with comments from the Dominican Center.

The former president of Amani United, the resident-led community group, is fighting to get his job back after being impeached Saturday over allegations of negligence in his position.

Corey Kirkwood, a local activist, had been serving in the top leadership role since January,

“He’s simply not doing his job,” said Elizabeth Brown, the chairwoman of Amani United and the person who raised performance concerns about Kirkwood. “Ten months into his term, he hasn’t even met our partners. That’s literally his job.”

Brown said Kirkwood refuses to work with other members of the group, causing Amani United to be ineffective.

“This impeachment is the result of personal issues, not community issues,” he said.

Amani United hosted a private meeting Saturday for residents with a mediator where group members stated their issues with Kirkwood. He was supposed to be given the opportunity to respond to concerns. Kirkwood did not attend the meeting because he said he was given the wrong address.

The 14 people who attended the meeting voted to impeach Kirkwood.

Kirkwood said he believes the process of impeaching him was illegal and said he plans to sue both Amani United and the Dominican Center, which is the primary partner organization of the group.

“I don’t really see a legal matter,” said Maricha Harris, the executive director of the Dominican Center. “This was a democratic process created and carried out by Amani residents.”

Kirkwood said he plans to sue for defamation and to get his job back. The group’s vice president Jarvis West is leading the group for the remainder of the term.

“The only money I may receive is the stipend I was never paid and mileage,” he said.

The position is supposed to come with a $200 stipend, Kirkwood said.

Barbara Smith, a former Amani United president who sits on the board of the Dominican Center, believes the initial election was done illegally.

“In order to run, you have to be a resident of Amani, show up to at least three out of five of the monthly Amani meetings, and at least be aware of the Amani revitalization plan,” Smith said.

Some in the community have accused Kirkwood of not living in Amani. Kirkwood said he was forced to move because of harassment from members of Amani United but he still resides in Amani.

He accused members of the group of stalking him by showing up to his home unannounced.

He said the January election had the most votes ever in an Amani United election, which is why he will continue to fight for his spot.

“There is a leadership process document that should have been followed for both the election and the impeachment processes,” said Harris. “I believe Corey took part in creating it.”

If he gets the spot back, he wants to make Amani United a nonprofit and continue to get residents involved.

In the meantime, Kirkwood said he will continue to serve the community.

“My goal has always been to bring love back into Amani,” he said. “I will continue to that.”

Amani United will continue meeting monthly. You can keep up with it on its Facebook page. You can contact the leaders at (414) 444-9930 or 1amaniunited@gmail.com