You are here: Home / Posts from Community / Post from Community: New Near West Side mural honors Milwaukee baseball legends Hank and Tommie Aaron
Share this... 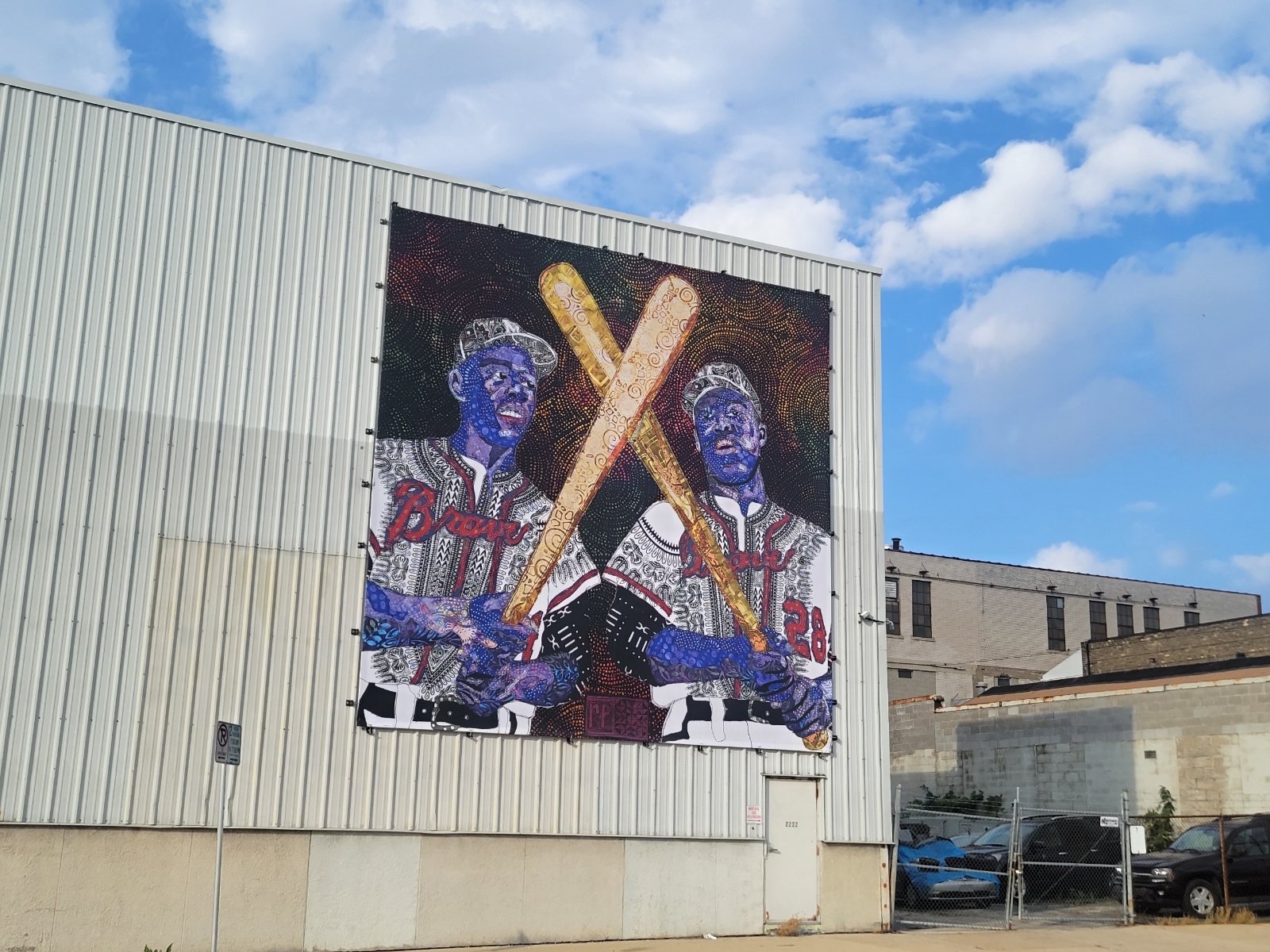 (Photo provided by Near West Side Partners)

The Near West Side recently gained a new mural depicting Hank and Tommie Aaron, two baseball legends who played for the Milwaukee Braves.

Created by artist Rosy Petri, “Brave Brothers” is about more than Milwaukee’s athletic legacy. Petri, who typically uses quilts and fabrics as her medium of choice, wove themes of racial justice, mental health, and history into the installation.

Driven by a love for baseball and her research into the Negro Leagues, Petri sought to tell the stories of sports heroes who overcame the odds to become symbols of  respect.

“People identify with sports stories,” Petri said. “This piece re-introduces Hank Aaron as not only a figure for philanthropy and social justice, but also a figure of integrity, professional prowess, and compassion.”

The mural highlights a non-dominant perspective on a history many are familiar with and invites viewers and residents to consider the challenges Black athletes face while also celebrating triumphs and progress in equity.

“Brave Brothers” is one piece in a larger series by Petri, titled “Men and Women on the Negro Leagues.” The complete series is located in Atlanta.

About Near West Side Partners, Inc.