You are here: Home / News / Arts and Recreation / She turned her frustrations from the summer of 2020 into art
Share this... 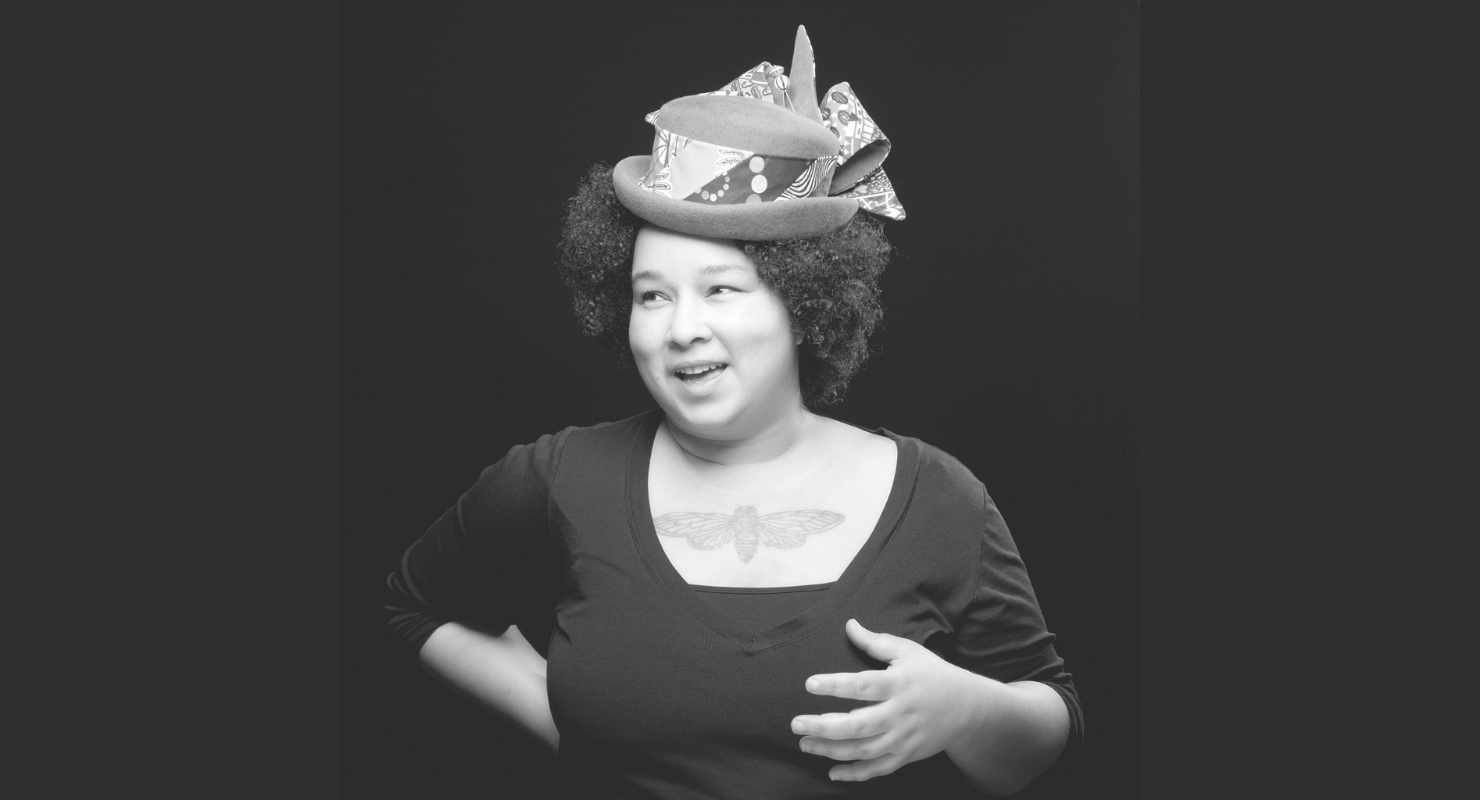 Rosy Petri documented the experiences of Black women during the summer of 2020. (Photo provided by Rosy Petri)

Overwhelmed by the combination of the COVID-19 pandemic, protests surrounding the killing of George Floyd and the fallout from the Trump presidency, Rosy Petri decided to turn her frustrations into art.

“I just thought if I’m angry and tired and feeling unsafe and unheard, what’s it like for Black women who are doing this vital unseen work and often go without recognition,” Petri said.

She gathered the stories of 25 Black women who work actively engaging in, advocating for and educating Milwaukee communities and created a “time capsule” of what life was like for them during the summer of 2020. A part of this is an oral history project that currently lives on the Haggerty Museum of Art’s Google Arts & Culture site as a part of the Greater Milwaukee Foundation’s Mary L. Nohl Fund Fellowship for Individual Artists.

In the piece, she ask the project’s participants what message they wanted to leave for Black women in the future.

These “love letters to Black women,” serve as a way for Petri and the others to bring love and joy to what was tough year for everyone.

“For the first part of this project, I wanted to focus on our (Black women’s) peace and joy and our community,” Petri said.

As an artist, mother and storyteller Petri, 34, infuses self-discovery, history and “radical Black joy” into her fabric art practice.

“My work is an offering of color, rhythm and celebration for them,” Petri said.

When completed, the project will feature 25 fabric portraits that people will see during a traveling exhibition and maybe even a book to be used as a tool for the future, Petri said. 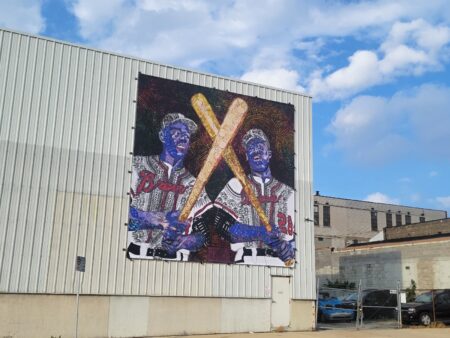 Petri’s “Brave Brothers” is located at 2222 W. Clybourn Ave. and can be seen from Interstate 94. (Photo provided by Near West Side Partners)

She believes it is important to document all perspectives of history. So, in the summer of 2020, Petri put out an ask to two women she knew to recommend Black women doing “dope” work in the city, and the recommendations started pouring in.

“Before I knew it, there was a whole spreadsheet of women for me to talk to,” Petri said.

She spent months interviewing each woman about their work, experience and life.

“I haven’t even processed all 25 of the interviews yet,” Petri told NNS in an interview during the summer. “There is so much there, I had to process that it was all over.”

Petri said she did not realize how difficult the project would be until she started doing it.

“We were doing an oral history project in the middle of a pandemic,” she said. “We had to be realistic and consider keeping people safe and what we would do if someone who was participating died of COVID in the middle of this.”

‘She allowed me to be vulnerable’

She also had not considered the emotional drain of listening to the trials and triumphs of other women while dealing with similar issues.

“I’ve never felt more comfortable talking to someone,” said Angela Harris, a Milwaukee Public Schools teacher who participated in the project. “She allowed me to be vulnerable.”

“I hope that this will serve as reminder that work is always happening, even in the hardest moments someone was fighting for your liberation,” Harris said.

“Rosy gave me an invitation to sit and think about myself in a way that allowed me to realize how valuable I am,” added another participant, Lyanne Jordan, who works for Maroon Calabash, a community of “Black radical doulas.” “She just made space for me; it was like therapy.”

Jordan said the project holds a special place in her heart.

“I want women to see the spectrum of Black woman-hood and see that the type of Black woman you are is deserving of love and joy and whatever else you want,” Jordan said.

Petri also is one of the participants in the Near West Side Partners’ “Painting the Near West Side” project.  In “Brave Brothers,” Petri depicts baseball legends Hank and Tommie Aaron, who played for the Milwaukee Braves. The installation is located at 2222 W. Clybourn Ave. and can be seen from Interstate 94.

Although Petri said the oral history project was challenging, she is proud she persisted.

“This is acknowledgment that we survived,” said Petri.

Petri is currently raising money for an industrial sewing machine that will help her complete the project.