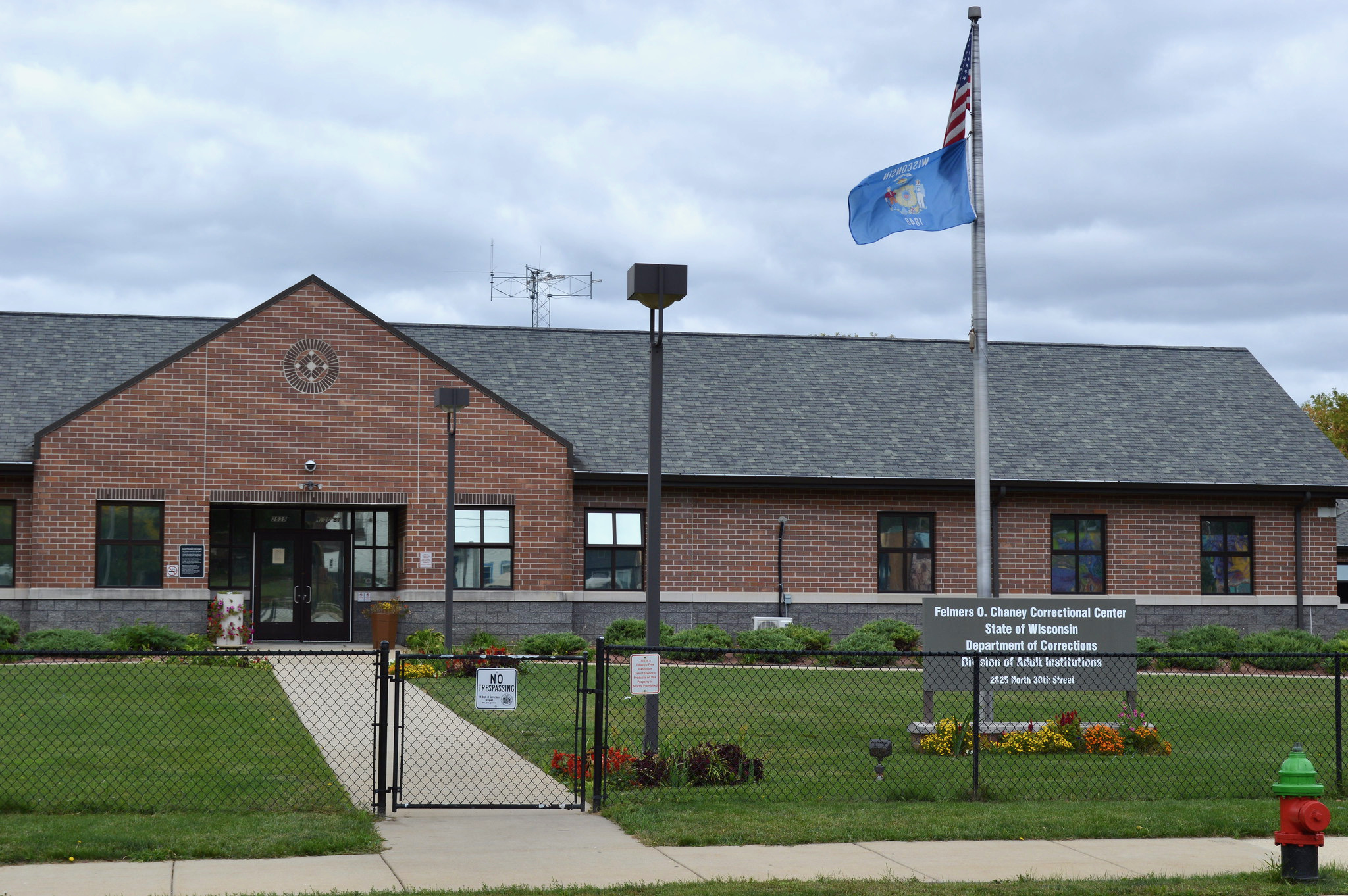 The Felmers O. Chaney Correctional Center, 2825 N. 30th St., is being considered as a possible location for a new facility to replace Lincoln Hills. (Photo by Ana Martinez Ortiz)

Nearly four months after missing a second deadline to close the Lincoln Hills and Copper Lake youth prisons, officials still have not decided on a replacement facility to house local youths.

A proposal from a bipartisan group of legislators to authorize nearly $42 million in bonds to construct a new Type 1 juvenile correctional facility in Milwaukee County was introduced in August, but no public hearing has been held or scheduled.

“I find that concerning,” said Sen. Lena Taylor, a co-sponsor of Senate Bill 520. “I see the benefit of services to our young people when they are close to home and for the reunification of their families.”

Another co-sponsor, Sen. Tim Carpenter, said he’d be surprised if that proposal, along with companion Assembly Bill 524, weren’t brought forth for discussion soon.

“These bills are bipartisan, and legislators realize this is an important issue that needs to be addressed,” Carpenter said.

After years of investigations and lawsuits related to allegations of abuse and excessive use of force at Lincoln Hills and Copper Lake, state lawmakers passed Act 185 in 2018.

The act ordered the replacement of those facilities with smaller, regional ones that would keep youths closer to home. Plans to build a new facility in Milwaukee County fell apart when the state’s Joint Finance Committee cut funds for the proposed project in 2020.

While the latest plans to fund that project languish, a new controversy has emerged, with some questioning potential plans to open the new youth facility at the current location of the Felmers O. Chaney Correctional Center, 2825 N. 30th St., which offers work release and other programs to 100 people.

“Transforming Felmers Chaney Correctional Center into a juvenile facility is a possibility we are considering,” wrote John Beard, director of communications for the Wisconsin Department of Corrections, in an email to NNS. “It’s in Milwaukee County, the location Governor Evers identified in his budget proposal.”

Beard said 26 of 61 youths currently housed at Lincoln Hills/Copper Lake, are from Milwaukee County, and that a new facility would keep them closer to home and to culturally relevant treatment and programs. In addition, he said, “the state already owns the property, and the surrounding community has proven it is willing to support a correctional institution and the persons in our care.”

Joseph Ellwanger, a member of the Felmers O. Chaney Advocacy Board, which works to support reduced recidivism and successful re-entry programs, among other issues, said it’s a bad idea to close the facility or move people out.

“We have 2,600 people coming back every year from the [prison] system to Milwaukee,” Ellwanger said. “We need more pre-release space, not less.”

The value of the Felmers O. Chaney Correctional Center, named after a former leader of the Milwaukee NAACP, is that it allows people to get a job, save money and set up housing upon release, he said.

“Unless they have a job or housing to go to, they are literally fearful of what’s going to happen when they return,” he added.

Carpenter said it’s important for the local government and the surrounding community to have input on the placement and construction of a new corrections facility.

Beard said the state cannot move forward with closing the youth prisons until a replacement is funded.

As of now, there is no timeline for when that will happen.

But Ellwanger and others question the need for a youth prison, citing the drastic decrease in the number of youth at Lincoln Hills.

Maya Neal, the senior political manager for Leaders Igniting Transformation, or LIT, an advocacy group led by youth of color, said her organization also opposes a new facility. She said that policing, prisons and other forms of incarceration and punitive measures aren’t effective.

“We ignore the fact that crime is caused by other things, by other problems, and if we ignore them, it’s still going to happen,” she said. “We can’t push the problems out to Lincoln Hills and can’t push it into a facility in Milwaukee either.”

Neal said youths at LIT are asking for more mental health services, paid opportunities to learn skills and other resources.

“People trying to solve this problem in our state legislature and locally need to think about the sustainability of the decisions that they are making,” she said.

Taylor said she respects and understands such views. She said it is necessary to create a pathway to new approaches that have proven to be more successful and move away from creating mini-adult prisons. Still, she said, the amount of money being spent sending local youths to Lincoln Hills and Copper Lake is also unsustainable.

“We can go and deal with this now rather than later, and it’s going to cost more later,” she said. “It’s what the court has ordered us to do.”