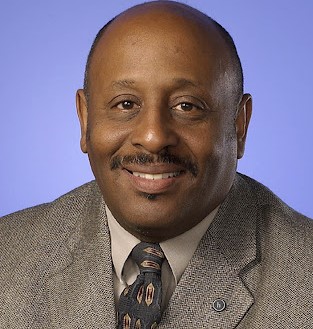 The 15th annual Armistice Day event sponsored by Milwaukee Veterans For Peace will return to its traditional location in the rotunda of Milwaukee City Hall on Thursday, Nov. 11, at 7pm but also will be available as a Zoom webinar.

Speakers will be: Kathy Kelly, an international peace activist and three-time nominee for the Nobel Peace Prize, and Clayborn Benson founder and director of the Wisconsin Black Historical Society and Museum.

Clayborn Benson, founder/director of Wis. Black Historical Society & Museum,  is a photographer, historian, and National Guard veteran who had a 40-year professional career as a WTMJ-TV photojournalist. He produced an award-winning documentary film, Black Communities. a three-part film on black housing, migration, settlements and trade skills in the United States, Wisconsin and Milwaukee. During the production of this documentary that Benson realized that the history and heritage of African American people in Wisconsin was widely scattered and poorly preserved. That became the catalyst for him founding the museum to preserve and maintain the culture of African American Wisconsinites. His topic is” Blessings and Lessons of a Military Veteran.”

Kathy Kelly’s half century of activism has at times led her to war zones and federal prisons. She co-coordinates Voices for Creative Nonviolence, a campaign to end U.S. military and economic warfare. Nominated three times for the Nobel Peace Prize, she traveled to Iraq 26 times, remaining in combat zones during “shock and awe” bombing early in US–Iraq wars. She has been in Afghanistan nearly 30 times and as an invited guest of the Afghan Peace Volunteers, has lived alongside Afghan people in a working class neighborhood in Kabul.

Two acoustic musical acts, Frogwater, a multi-instrumental duo whose repertoire spans from Celtic tunes to Delta blues, and original material. and songwriter/poet Harvey Taylor, will perform. The event is free and open to all. Masks will be required.

Veterans For Peace sponsors the annual event as a reminder that Nov. 11 was declared Armistice Day as a day to promote world peace, but since being renamed Veterans Day often seems to celebrate militarism.

Register here for the webinar.

About Milwaukee Veterans For Peace