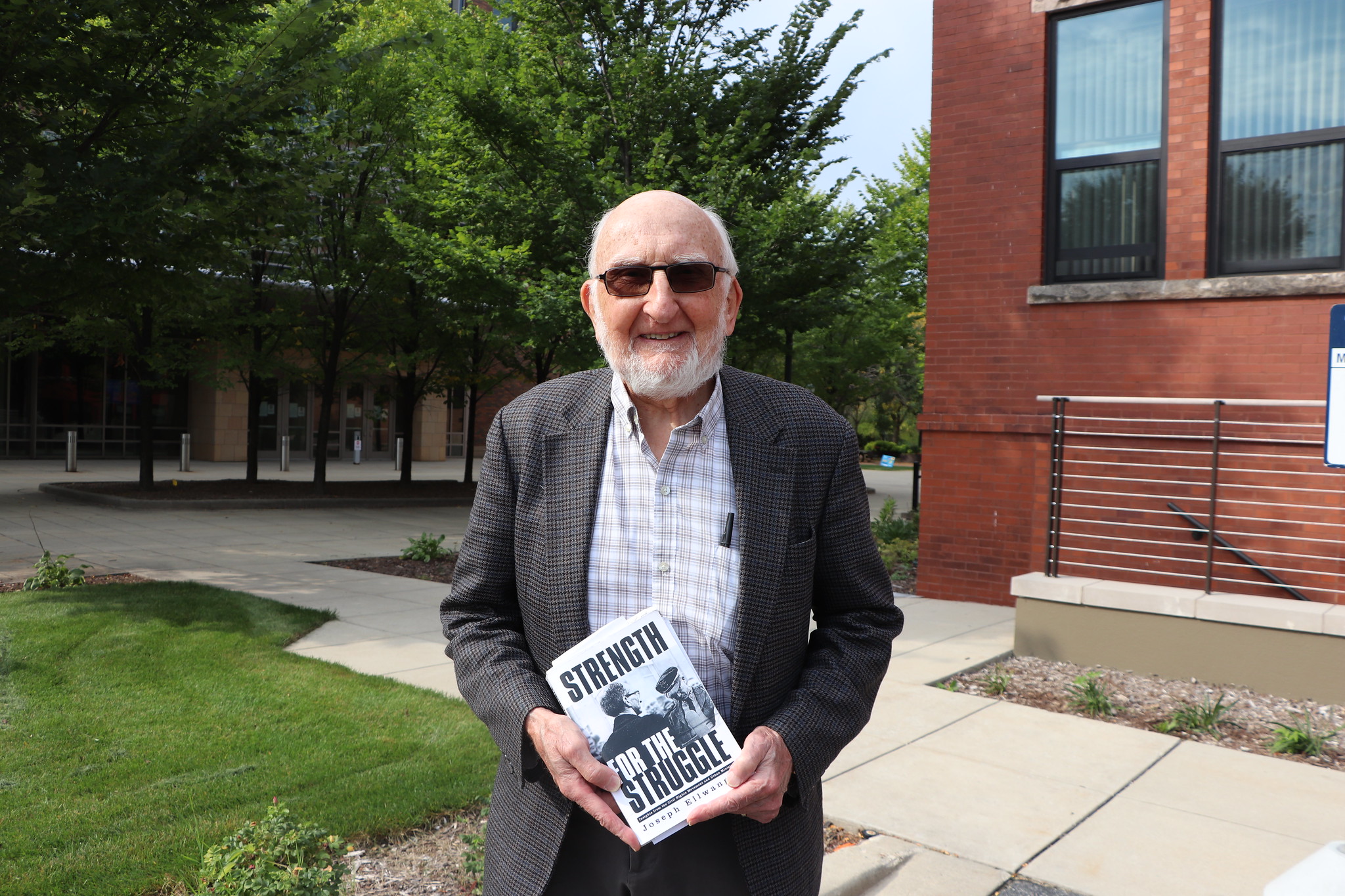 It was 1980, and the social ministry committee at Cross Lutheran Church was looking for ways to better serve the community.

“We discovered there were three prerelease centers within a mile or two of our congregation, and that was an area of need,” recalled Pastor Joe Ellwanger, referring to the church located at 1821 N. 16th St. “Men and women were coming back from prison and could use some help.”

The group launched Project Return, an organization that for more than 41 years has helped people make a positive and permanent return from prison.

In the early days, volunteers took participants to the library, church, ballgames or even their own homes, said Ellwanger, a founding board member and volunteer for the organization.

Stricter oversight from the Wisconsin Department of Corrections eliminated most of those types of activities, but Project Return, now located at 2821 Vel R. Phillips Ave., still provides employment, housing, drug and alcohol counseling, life skills training and other support to returnees.

One of its signature programs is Circles of Support, a peer-led group that provides mentorship and an emotional outlet for participants.

‘I was having a tough time’

Ray Mendoza, 51, learned about Circles of Support when he returned home after serving nearly 18 years in federal prison.

“I was institutionalized, dealing with the trauma of being incarcerated and trying to reacclimate myself to society,” he said. “I was having a tough time.”

He gave the group a try.

“We talked about daily things that you run across being a returning citizen that has an “F” for felony on your report card and about people not wanting to give you a chance,” Mendoza said. “They helped me get through those challenges and talk about stuff that I needed to get off my chest.”

In the group, individuals discuss employment and housing challenges, the stigma of having been incarcerated and other issues such as how to repair damaged relationships, Hruska said. While they work to rebuild their lives, they are connected to supportive services at Project Return and in the community to help them avoid mistakes that can land them back in prison, he added.

“We’ll provide holistic care to meet the needs of these individuals,” Hruska said. “We can’t just focus on finding someone employment if they’re struggling with an addiction.”

Like Ellwanger, now 87, Hruska has been with Project Return for decades, joining the organization straight from college in 2000 through the Lutheran Volunteer Corps.

At the time, Project Return was still headquartered in a back office at Cross Lutheran Church and had only two full-time employees. The organization has since grown to seven full-time staff members, most of whom have been incarcerated, and around 75 volunteers, he said. It serves more than 1,000 individuals annually, Hruska added.

Mendoza, who also works as a violence interrupter for the group 414LIFE, is a circle keeper for the Circles of Support group and hosts weekly meetings on Zoom.

“A lot of the guys look forward to meeting every week because we are a positive influence and encourage them to leave the stuff that got them in trouble alone,” Mendoza said. “They’re trying to change their habits and environments, and many in my circle have been successful in doing so.”

Circles of Support has expanded in recent years to include groups for women, families and others.

But it continues its core mission of advocacy.

“The voice of the returning citizens is really paramount to what we do as an organization,” said Hruska, adding that participants of Project Return have testified before the Legislature and built relationships with elected officials and other leaders. “That advocacy has changed the nature of our relationships with community partners and the Department of Corrections to where they now understand that they need the involvement of people that have been formerly incarcerated to make the changes that need to happen.”

It also helps to reduce the stigma in the community for returnees.

“We’re eligible for that second chance, and that’s why we were released from prison,” Mendoza said. “It’s really about people understanding that everyone deserves a chance to succeed, even though you made mistakes.”