You are here: Home / Community Voices / OPINION: What I’ve learned organizing across the Colombian and Palestinian struggles in Milwaukee
Share this... 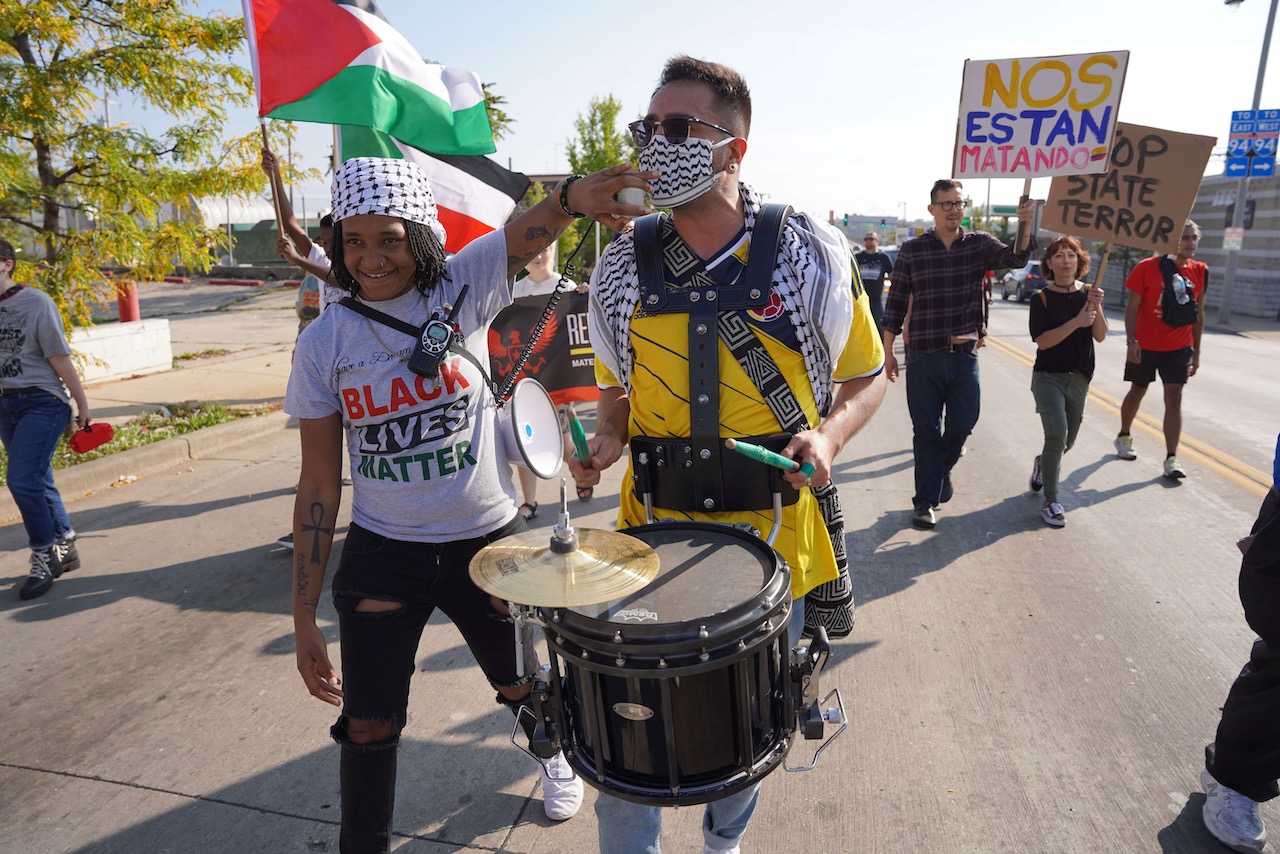 On Oct. 9, the Colombian-Palestinian unity march spanned both South and North Side neighborhoods. (Photo by Marcelo Martinez)

Milwaukee is an international city full of diverse communities that uplift and inspire each other. Although segregation is built into Milwaukee’s bones, solidarity is the blood in our veins.

After participating in countless marches, I am still impressed by the level of internationalist solidarity and collaboration that happens every day in our city. This year I co-organized a series of events in solidarity with Colombia and Palestine, which allowed me to see the most beautiful side of Milwaukee’s immigrant and refugee communities. As our diverse communities linked arms in struggle, I could see the power and potential of a unified global working class.

As a Colombian American in Milwaukee, I am a member of a small circle within Milwaukee’s larger Latinx and immigrant communities. Although we as Colombians identify heavily with our peers amongst the Latinx diaspora, we have a particular history and culture that is not usually visible in the city. However, the recent national strike that began in Colombia on April 28 activated the voices of Colombians all over the diaspora, including those in Milwaukee. As the Colombian government brutalized and murdered protesters, the Colombian diaspora united under the idea that although we are far away, we are never indifferent. As a member of a Colombian solidarity organization, the Red Condor Collective, I committed myself to sustaining this moment of unity.

On May 8, I drove to Chicago to participate in that city’s solidarity march, which began at the Colombian consulate and continued all the way through the financial district. I had never seen anything like it before: Over a thousand organized Colombians taking the street and demanding justice for our people.

The following day in Milwaukee there was a solidarity rally at Mitchell Park where approximately 40 members of the local Colombian community, mostly families, came out to support the national strike and condemn state violence. In my seven years of living in Milwaukee, I had never seen so many Colombians together in one place. 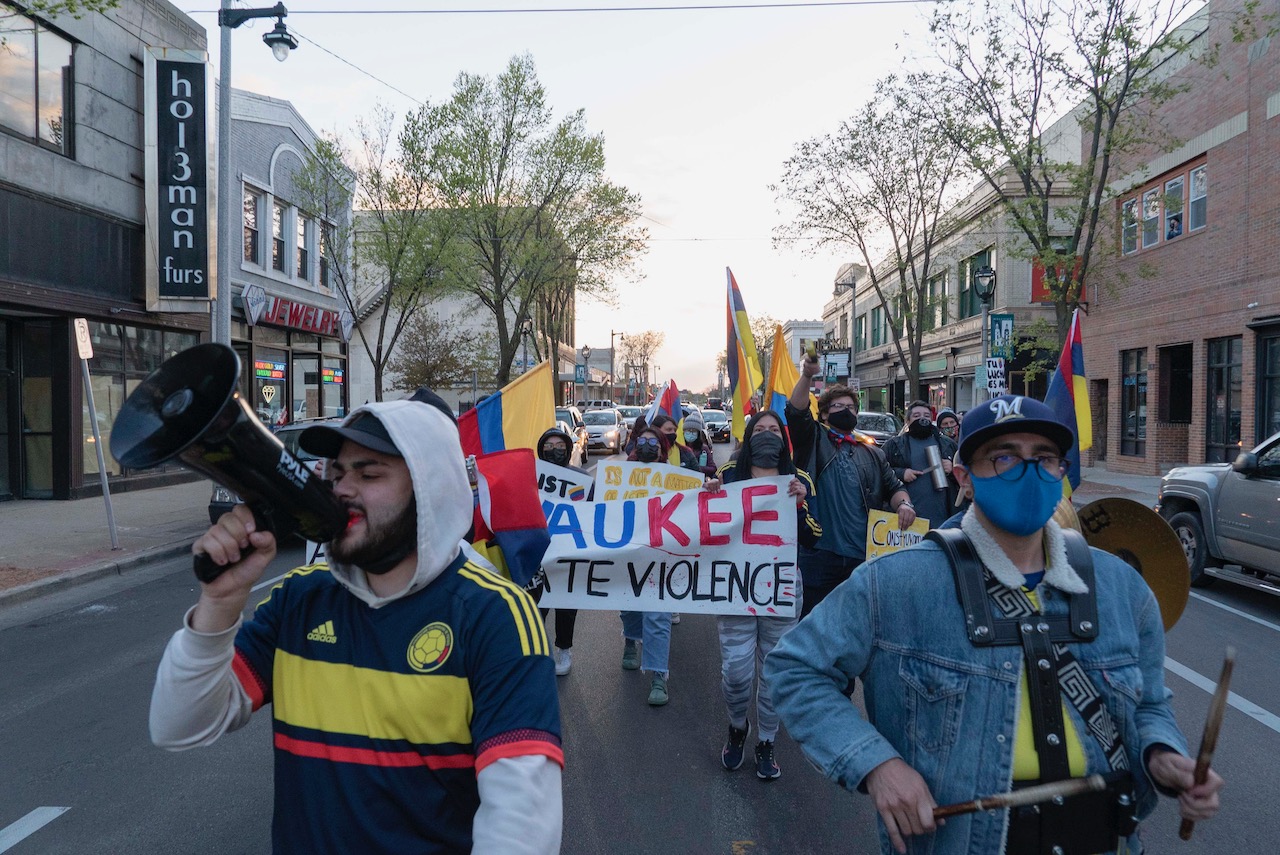 A Colombia solidarity march took place throughout the South Side on May 10. (Photo by Joe Brusky) 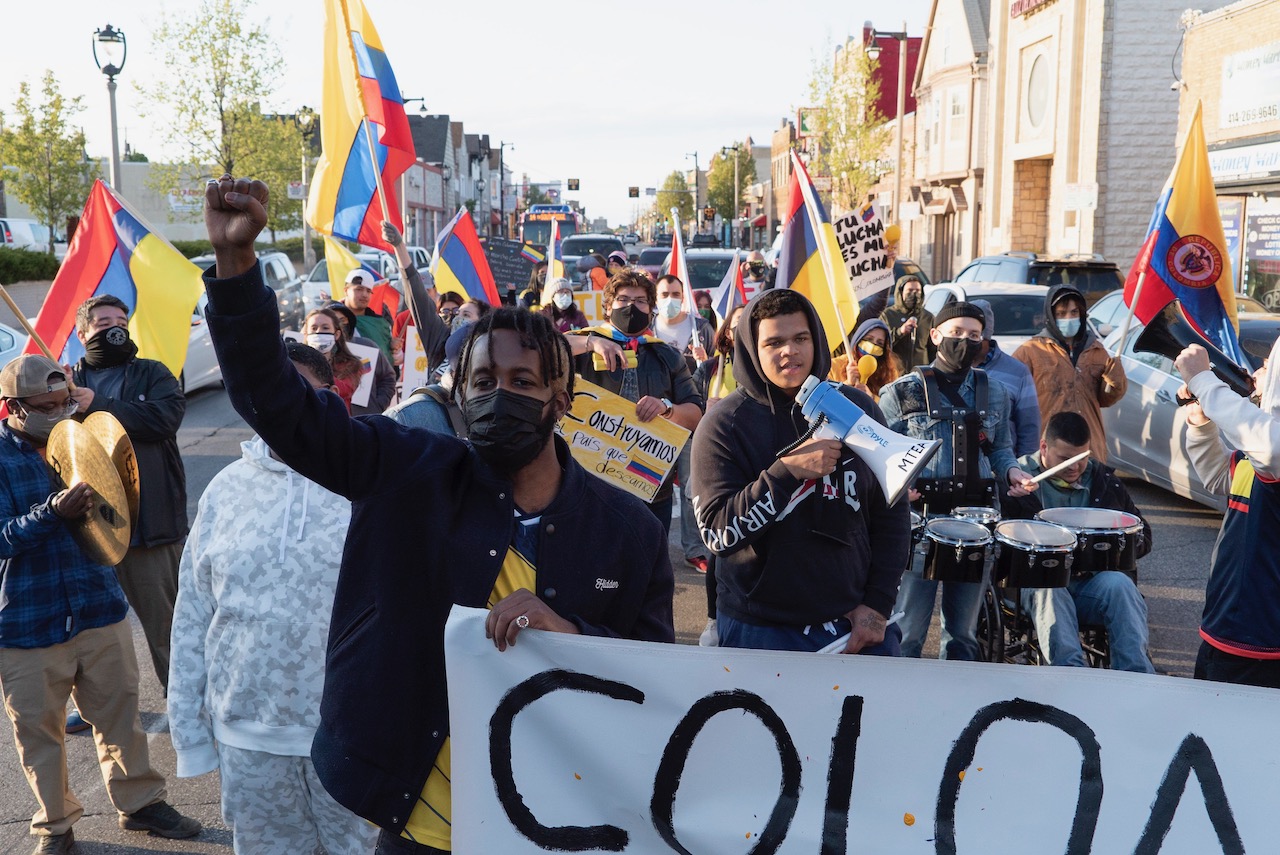 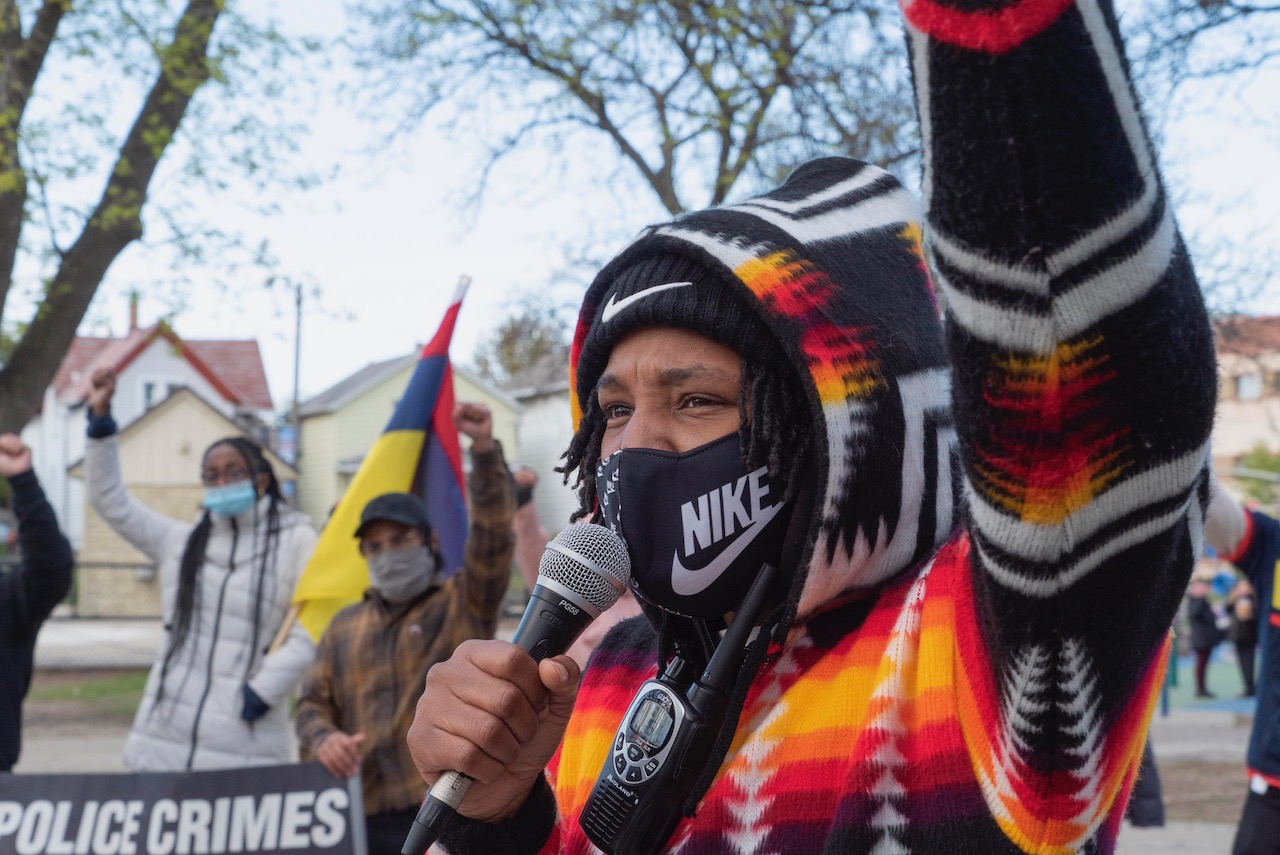 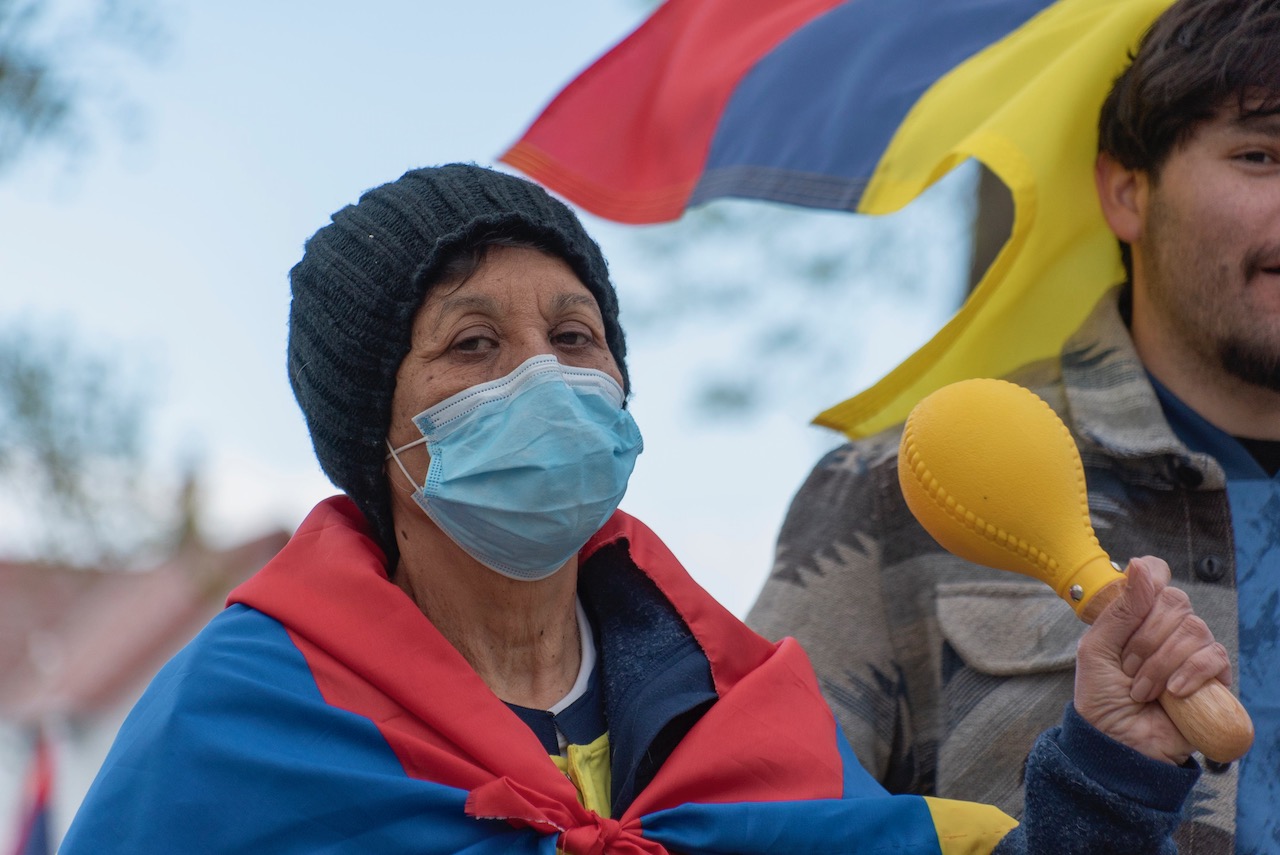 The following day on May 10, there was a Colombia solidarity march that I co-organized with friends from the South Side, bringing together different local organizations, like The People’s Revolution, to show their support. Our march began at Walker Square Park and continued through the South Side, taking major streets in Milwaukee’s predominantly Latinx neighborhoods. The march was supported by neighborhood residents as well as activists from across the city. It was amazing to see my friends and community members marching for Colombia.

We succeeded in bringing attention to the humanitarian crisis in Colombia and raising awareness of the U.S. government’s role in this crisis.

Before this eventful week, I never could have anticipated three consecutive days of action for Colombia, including two consecutive days in Milwaukee. As the national strike continued, we also had to work to maintain that momentum. On May 22, I joined a group of Milwaukee families who marched in Chicago for a Global Day of Action for Colombia, which was noticeably smaller and less energetic than the march in Chicago just 12 days prior.

During this wave of global support, people were connecting the dots between the Palestinian struggle for liberation and the struggles in Colombia. Among other things, both countries suffer from U.S. intervention, which funds and supports massive state violence against the people. Colonialism, imperialism and capitalism were identified as unifying conditions of oppression. I connected with members of the Students for Justice in Palestine (Marquette and UWM chapters), and we decided to hold a cultural event together and launch a joint solidarity fundraiser.

Despite our cultures having greatly different perspectives on the role of music during times of mourning, we proceeded on the understanding that our event was one of cultural resistance and community healing rather than a typical celebration.

The cultural event was held at Mitchell Park on June 6, featuring several musical and dance performances, vendors, workshops and free coffee. As one of the lead event coordinators and co-hosts, the whole day feels like one blurred moment, but I will never forget the warmth emanating from the stage. Every time I looked up from behind the turntables, I saw my friends, neighbors and loved ones, all gathered in the name of Colombia and Palestine. There was even an older Palestinian/Colombian couple there who told me they never would have expected to see an event like this in their lifetime. 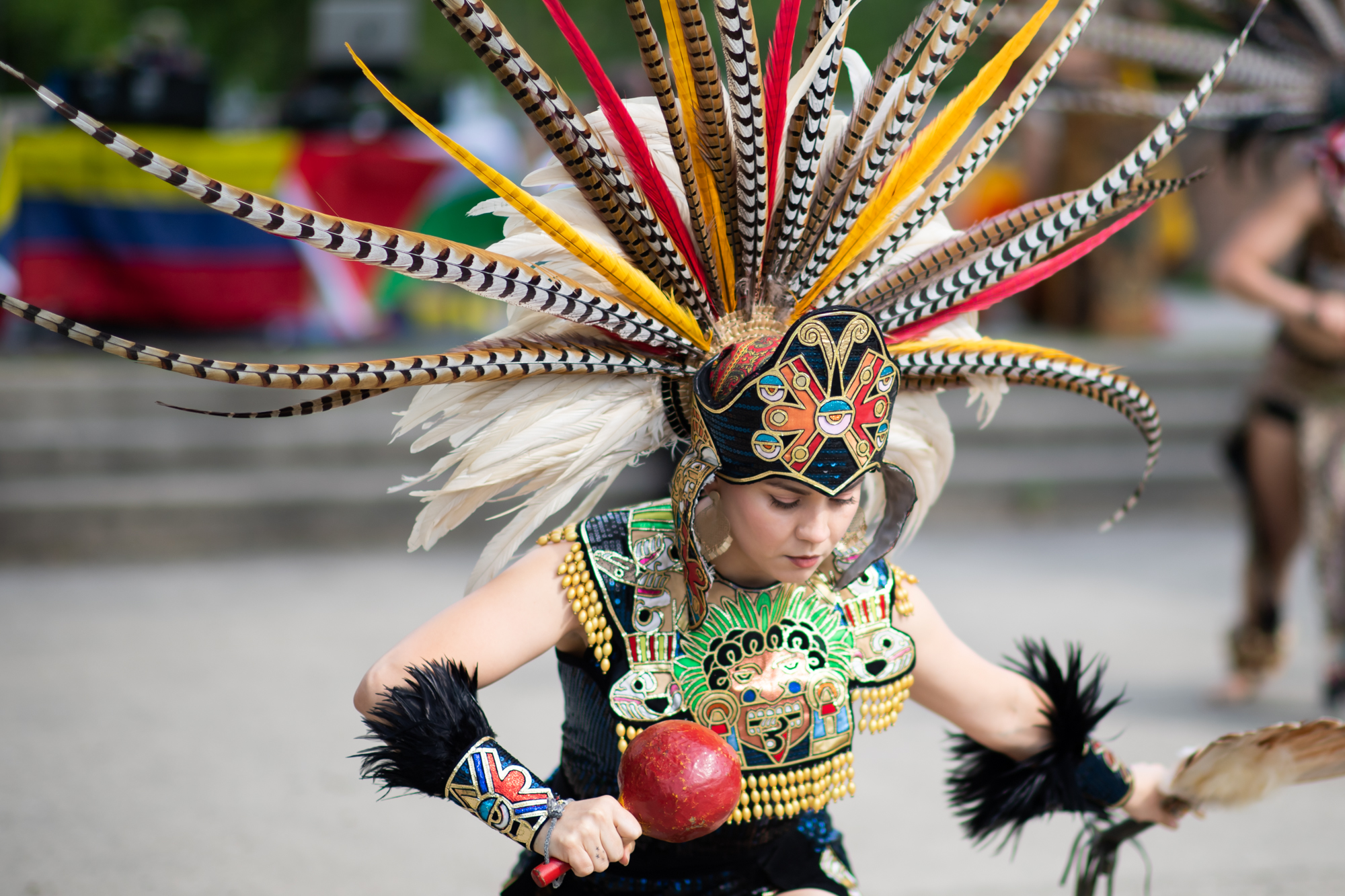 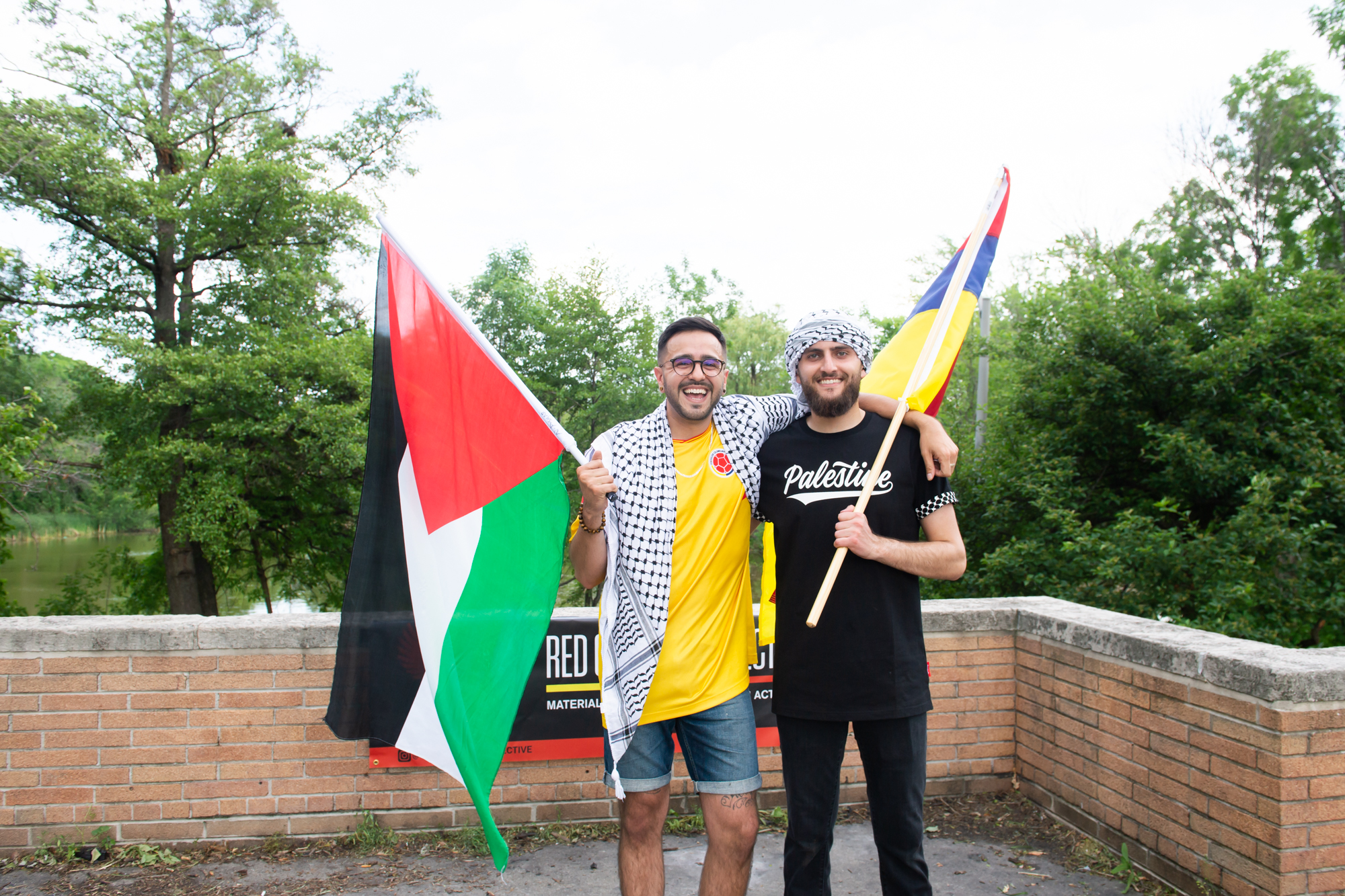 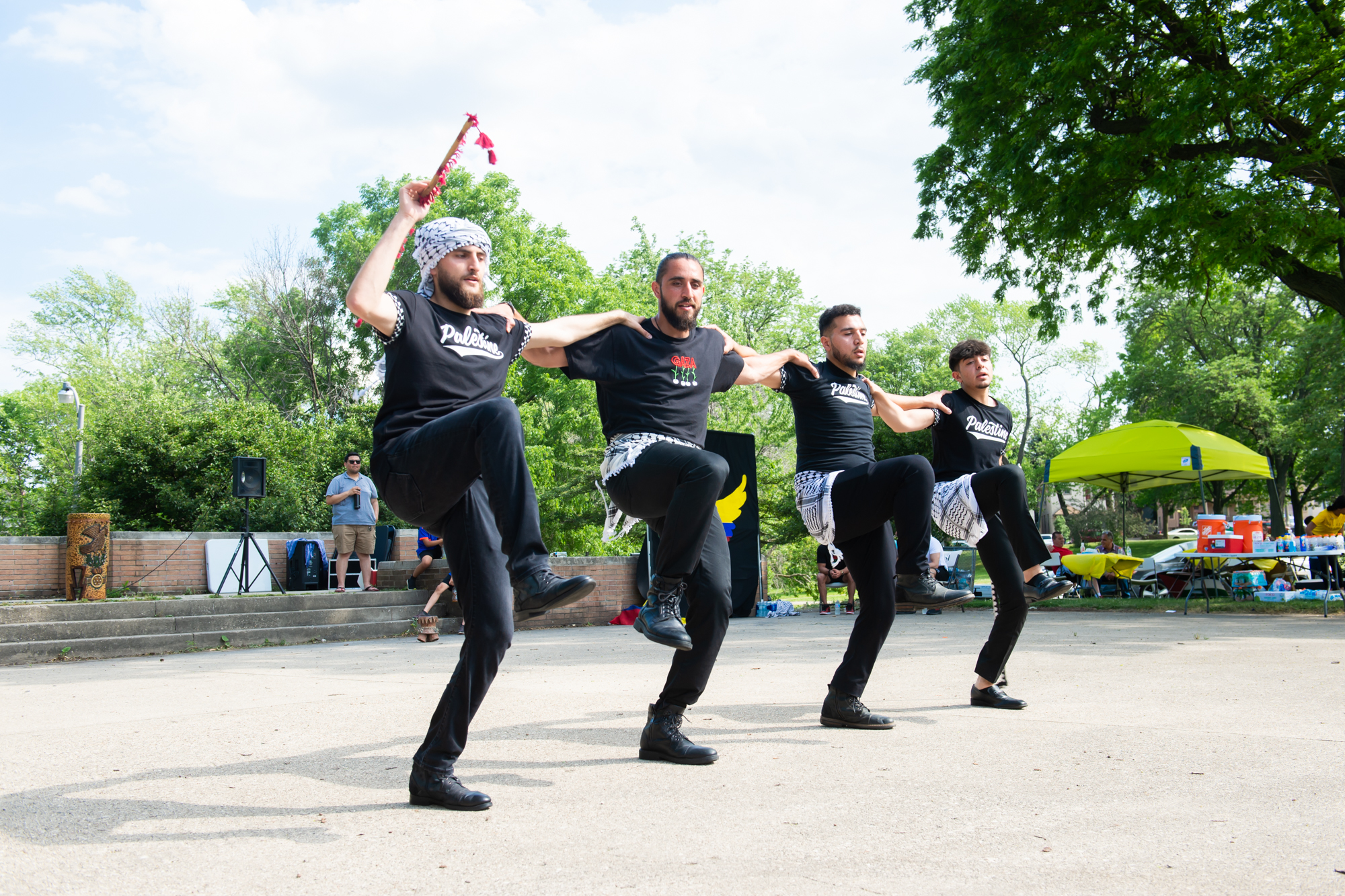 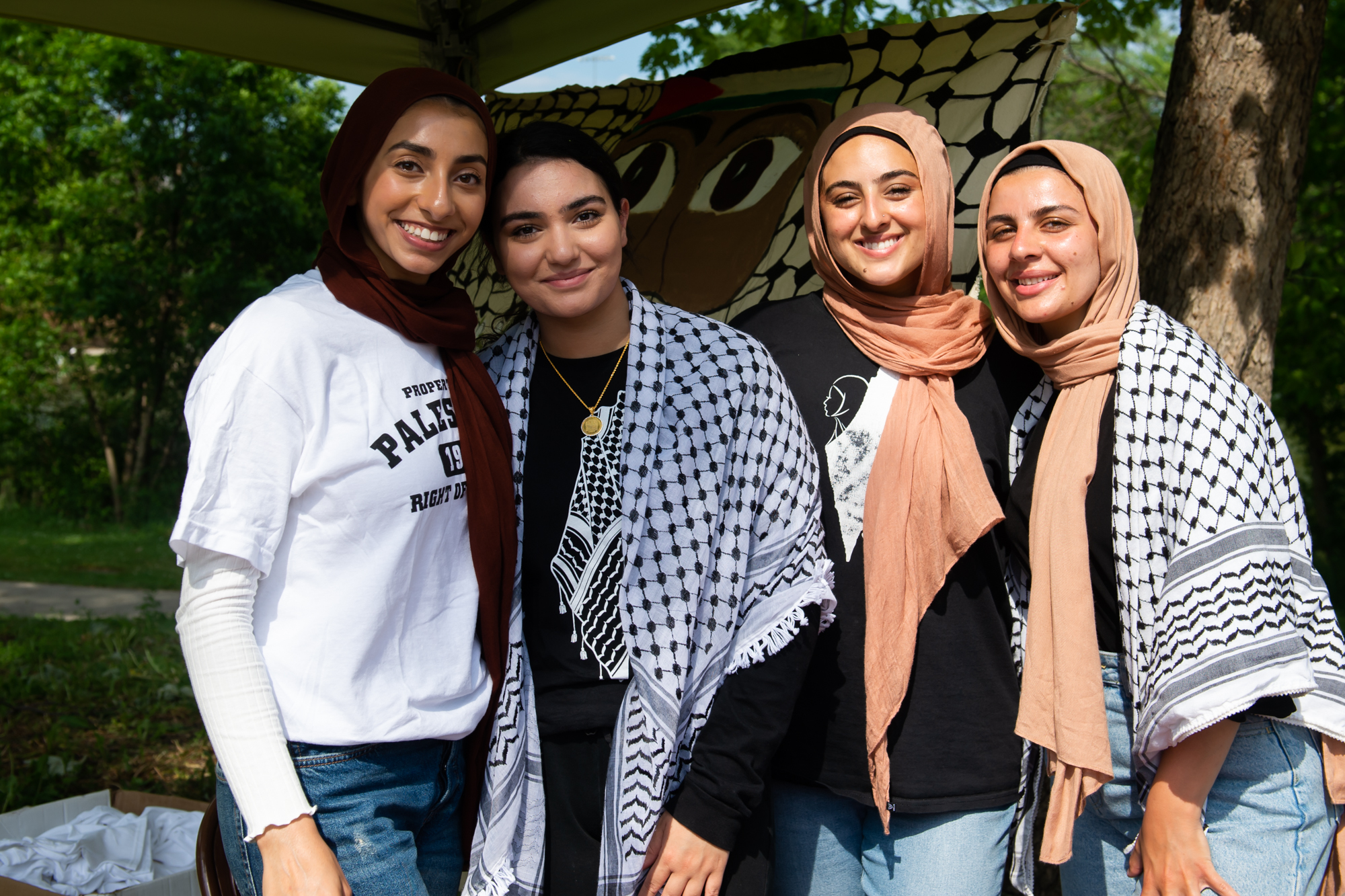 Due to a shared pain and a shared struggle, we were able to use culture as a bridge between our communities in order to begin building a unified struggle. Local artist John Fleissner created a design that was printed on to T-shirts, which sold out in an hour. This design exists as a testament to what is possible when our communities come together. Although our cultural event was coordinated to support Palestine and Colombia, it would have been impossible without the support and hard work of people from all of Milwaukee’s communities. As somebody who was welcomed by the Mexican community on Milwaukee’s South Side, it was particularly heartwarming to me to reflect on the massive contribution from the Mexican community to this entire effort.

Despite the success of our cultural event, it was only the beginning of a much longer road ahead. We still had to coordinate a unity march and reach our $10,000 fundraising goal. As the summer ended, it became more difficult for us to maintain the momentum as a group of people representing different organizations and communities. We decided to formally partner with The People’s Revolution, who supported our Colombia march on May 10, in order to bridge the gaps between our international struggles and the local movement fighting for Black liberation. Anti-Blackness is not unique to the United States — Afro-Colombian and Afro-Palestinian communities face systemic racism and state violence as well.

Five months after the Colombia solidarity march, we took the streets again in the name of unity and justice for us all. We marched several miles: starting from Mitchell Park, crossing the 27th Street Viaduct and eventually returning to the park via 16th Street. From the North Side to the South Side, we demonstrated that although our communities are different, our struggles are unified because our goals are the same. 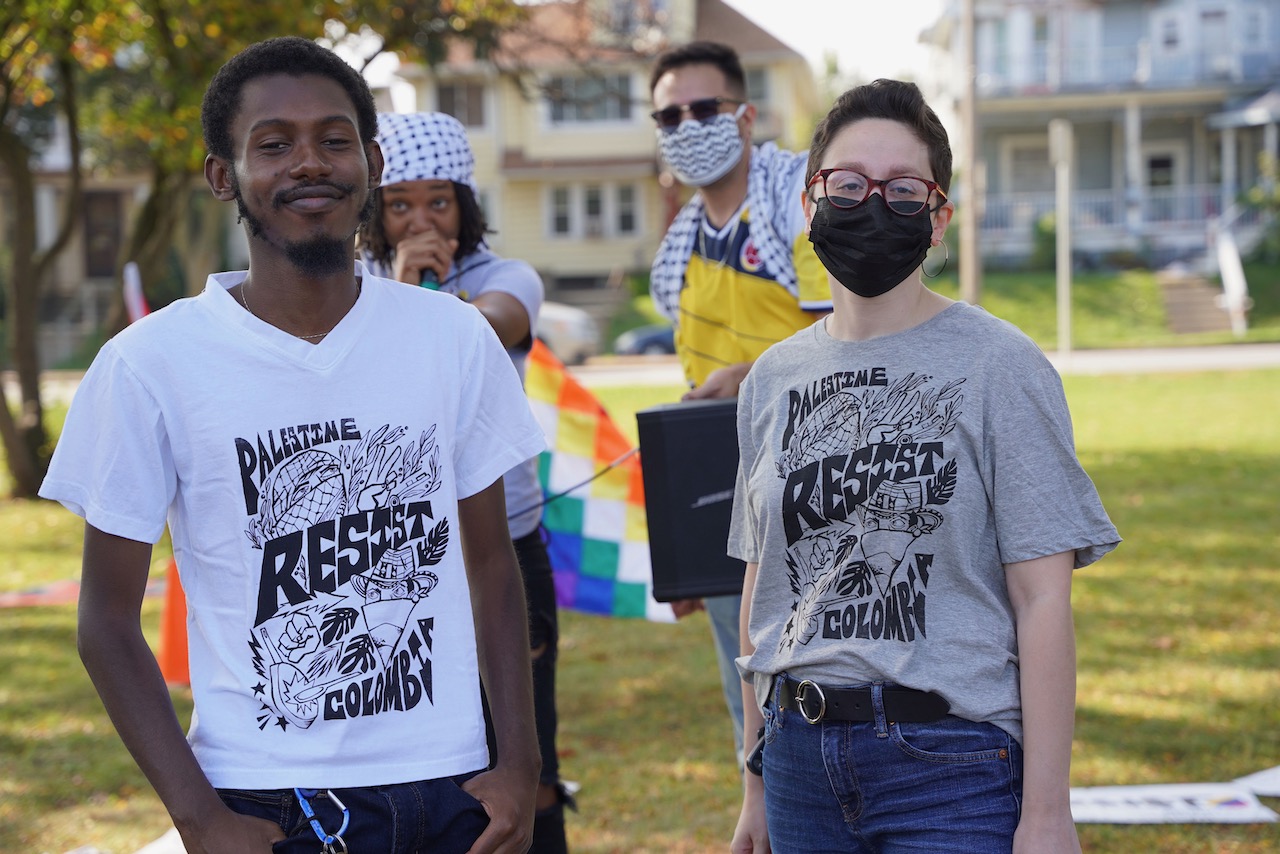 On Oct. 9, the Colombian-Palestinian unity march spanned both South and North Side neighborhoods. (Photo by Marcelo Martinez) 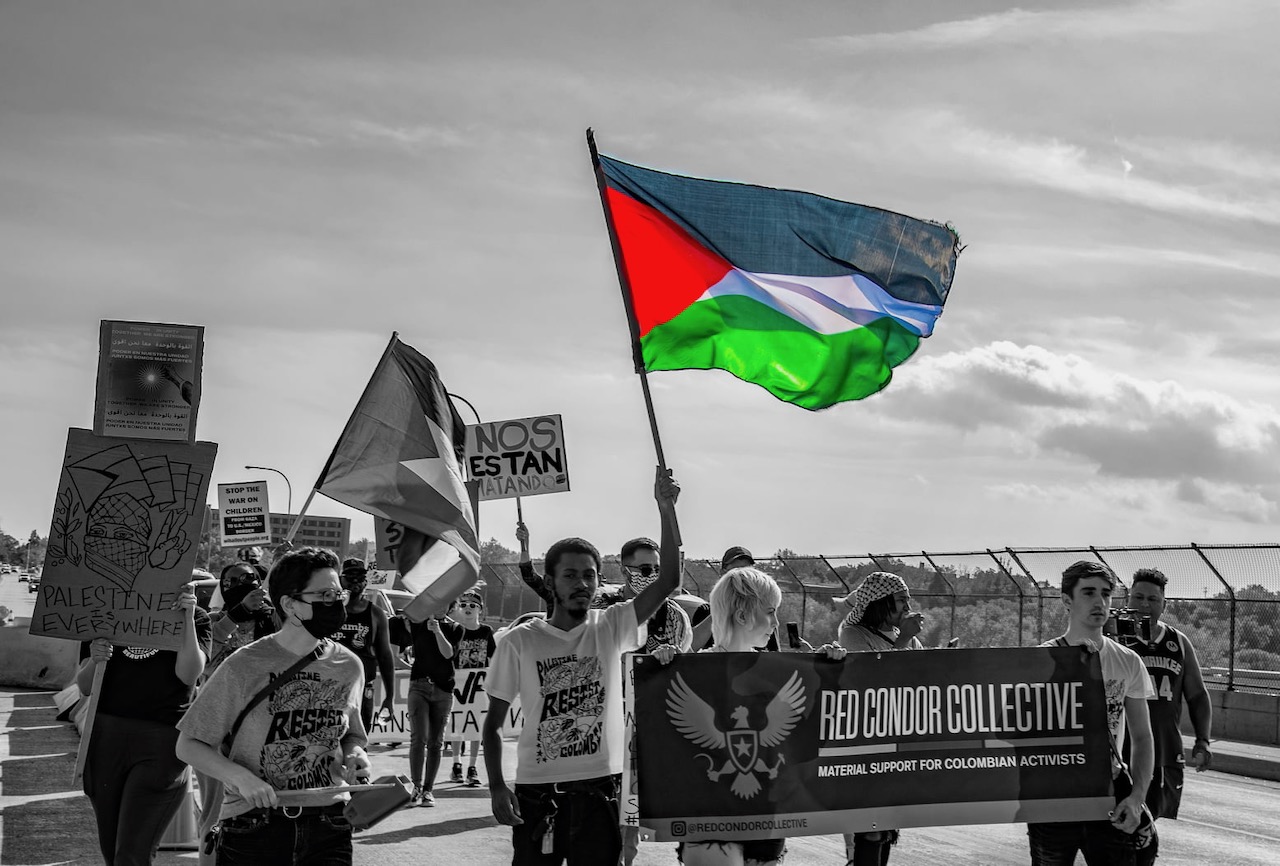 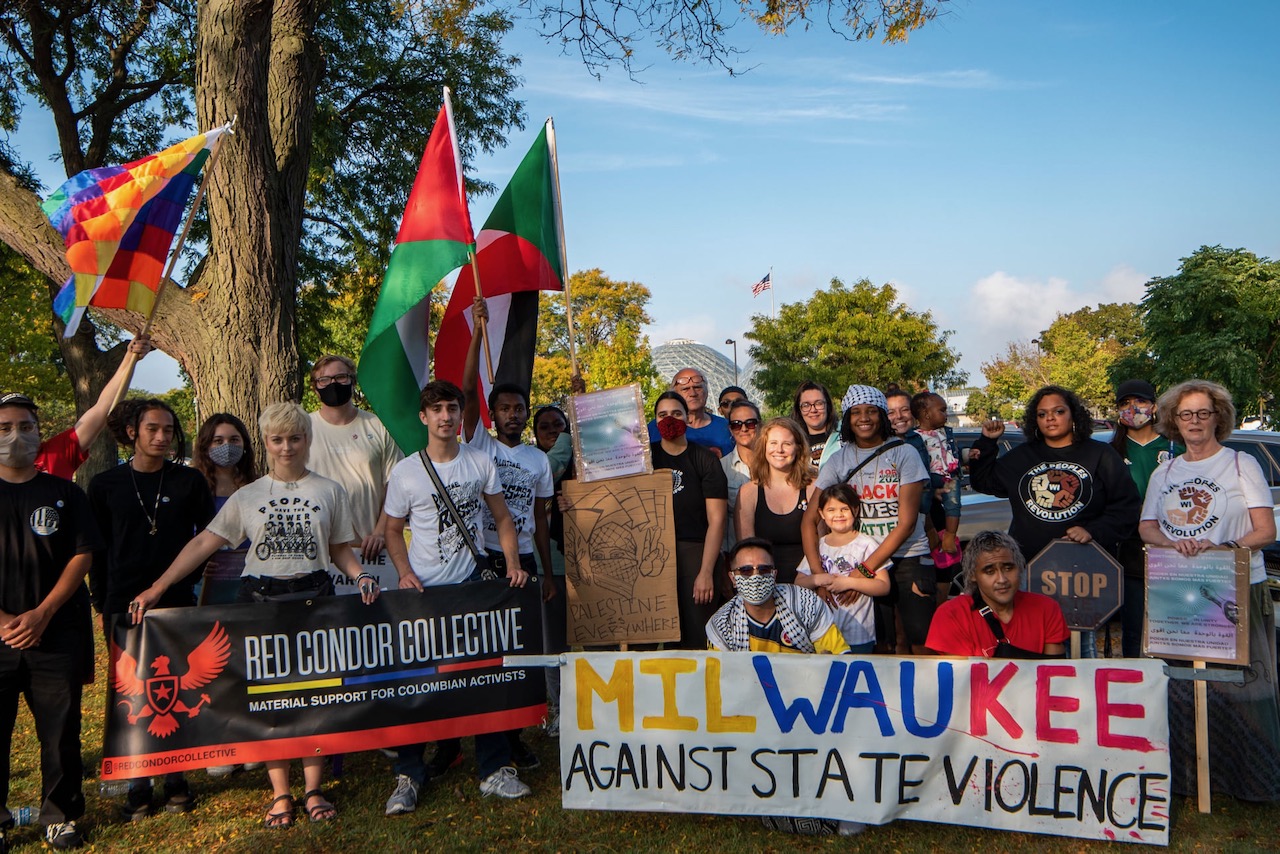 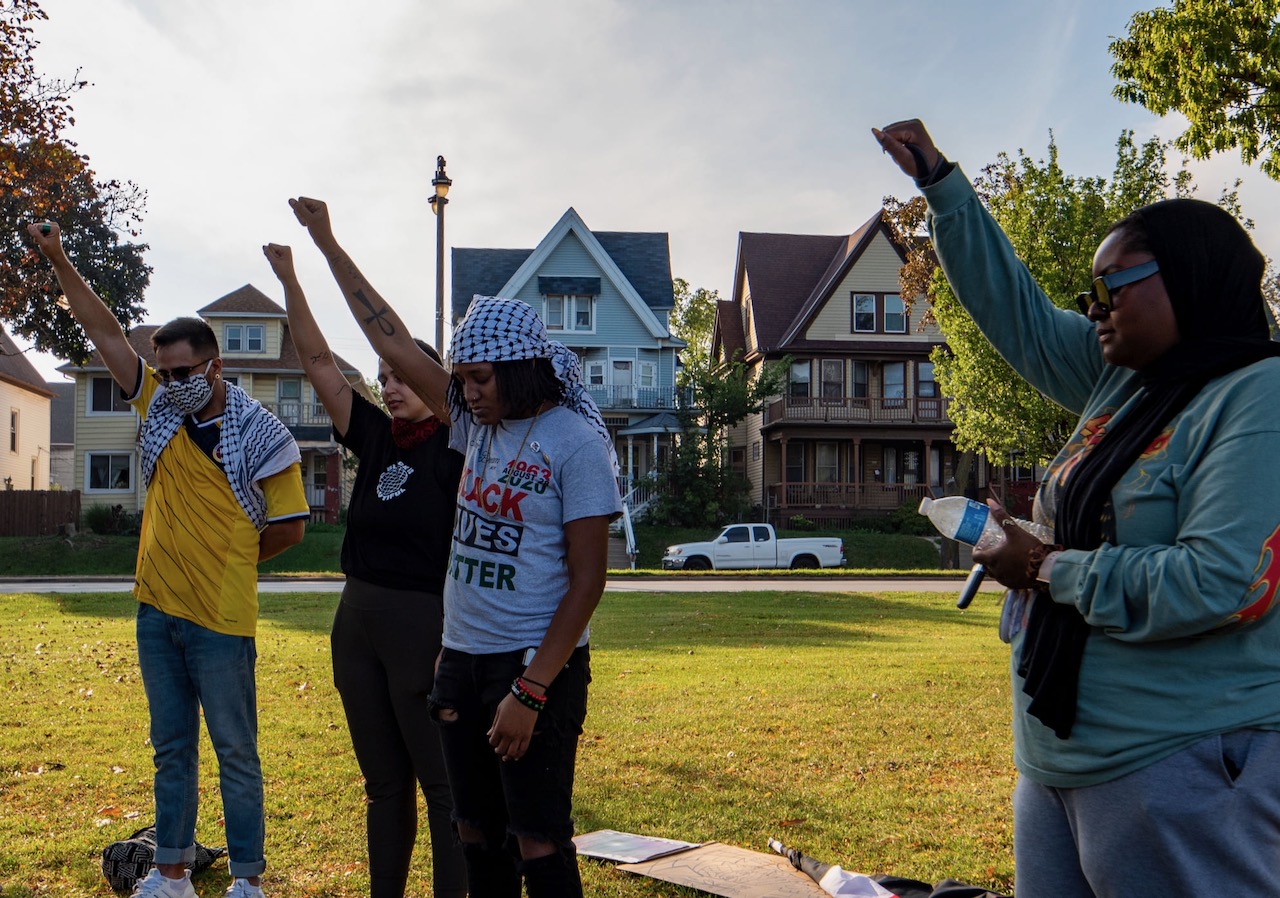 The People’s Revolution and other local protest organizations contributed in a massive way, but the support from Milwaukee’s immigrant and refugee communities was not as visible as during the summertime. However, dedicated internationalists do not lose heart when the spotlight moves away. Instead, we continue organizing for our collective liberation.

There are difficulties and obstacles that must be overcome, but I believe in Milwaukee as a hub for internationalist solidarity and resistance. Living in such a global city provides us with a unique opportunity to connect the dots between our struggle, and work together towards collective liberation.

Eric Kleppe-Montenegro is a community-oriented documentary filmmaker based in Milwaukee’s South Side, where he works to amplify the stories of change-makers and artists. He volunteers as media worker for Red Condor Collective, a Colombian diaspora solidarity initiative.