You are here: Home / Home / Carousel / NNS Spotlight: Nonprofit paves the way for diversity in the construction, manufacturing trades
Share this... 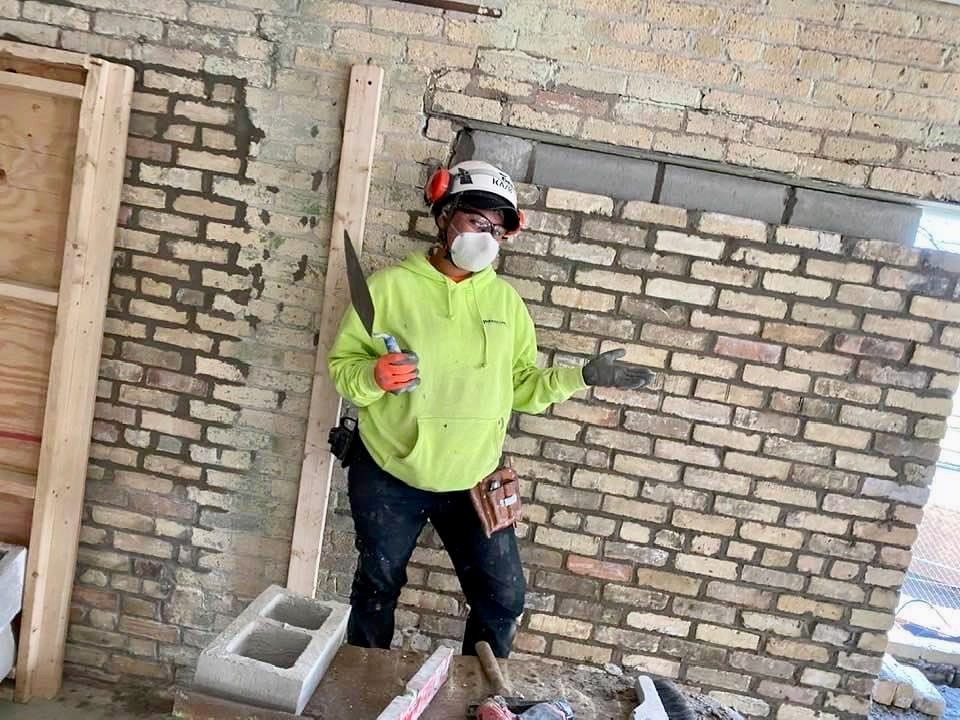 Tiffany Tillis was working as a server and bartender, but when the COVID-19 pandemic hit, she turned to WRTP BIG STEP. Now she’s a bricklayer apprentice. (Photo provided Tiffany Tillis)

For 10 years, Tiffany Tillis worked as a server and bartender. As a single mother of three, she took it day by day, but when the COVID-19 pandemic hit and she was laid off, Tillis knew it was time for a change.

Tillis, 28, has always loved history and masonry facades and was interested in the historical preservation side of masonry.

She’s now in her first year as a bricklayer apprentice with Berglund Construction, a general contractor company known for its restoration work. While she’s learning the skills of her trade on the job, it was WRTP BIG STEP that prepared her for her career.

“WRTP BIG STEP is a true workforce intermediary,” Lindsay Blumer, the president and chief executive officer, said. “We work with employers to understand needs and talent pipeline issues, and we adjust and customize our training to meet the workforce development needs. We’re the spark in between workers and employers.”

The overarching goal of the organization is to facilitate career pathways that lead to family-sustaining jobs, she said. Part of its mission includes helping traditionally disenfranchised populations, such as women and people of color. 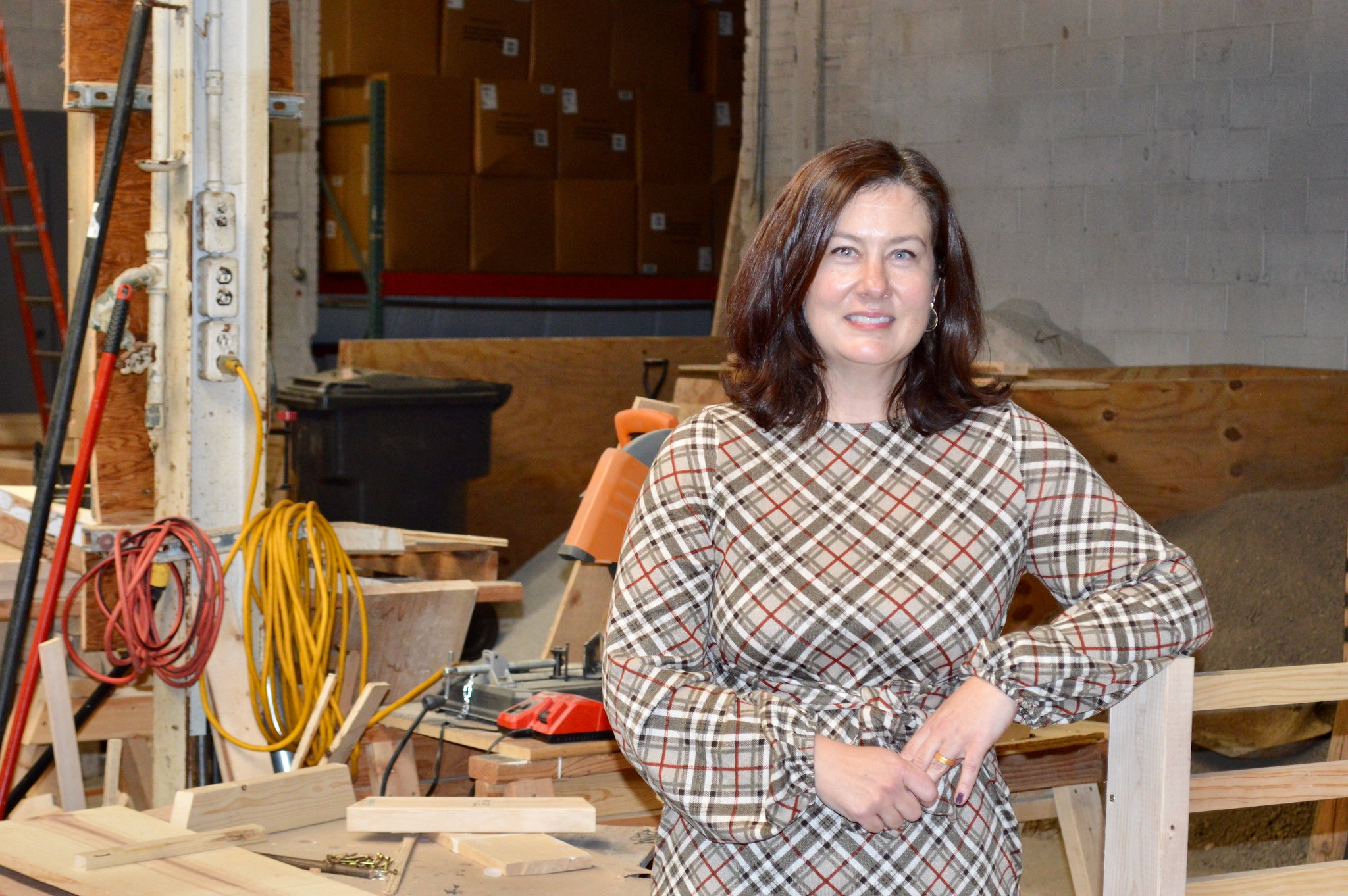 WRTP BIG STEP wants to change the narrative of the trades through diversity, says Lindsay Blumer, its president and chief executive officer. (Photo by Ana Martinez-Ortiz)

Tillis, for example, was able to get first aid and CPR certification, her commercial driver’s license permit and hands-on experience.

“My first skill saw that I’ve ever run was in the WRTP workshop,” she said. “It really allowed me to gain some sort of confidence to be out there on my own.”

WRTP BIG STEP serves as the go-between between an individual and the industry, she said.

Bringing diversity to the trades

Dwayne Sampson, 21, is a sheet metal apprentice with Langer Roofing & Sheet Metal. Through WRTP BIG STEP, Sampson learned how to manage his finances and prepare for retirement. Now, he’s looking to purchase a home and eventually start his own architectural sheet metal business.

Sampson first heard of WRTP BIG STEP when the organization visited his high school, Milwaukee Academy of Science, 2000 W. Kilbourn Ave. The organization supported him when he began his career in HVAC and later when he transitioned to sheet metal. 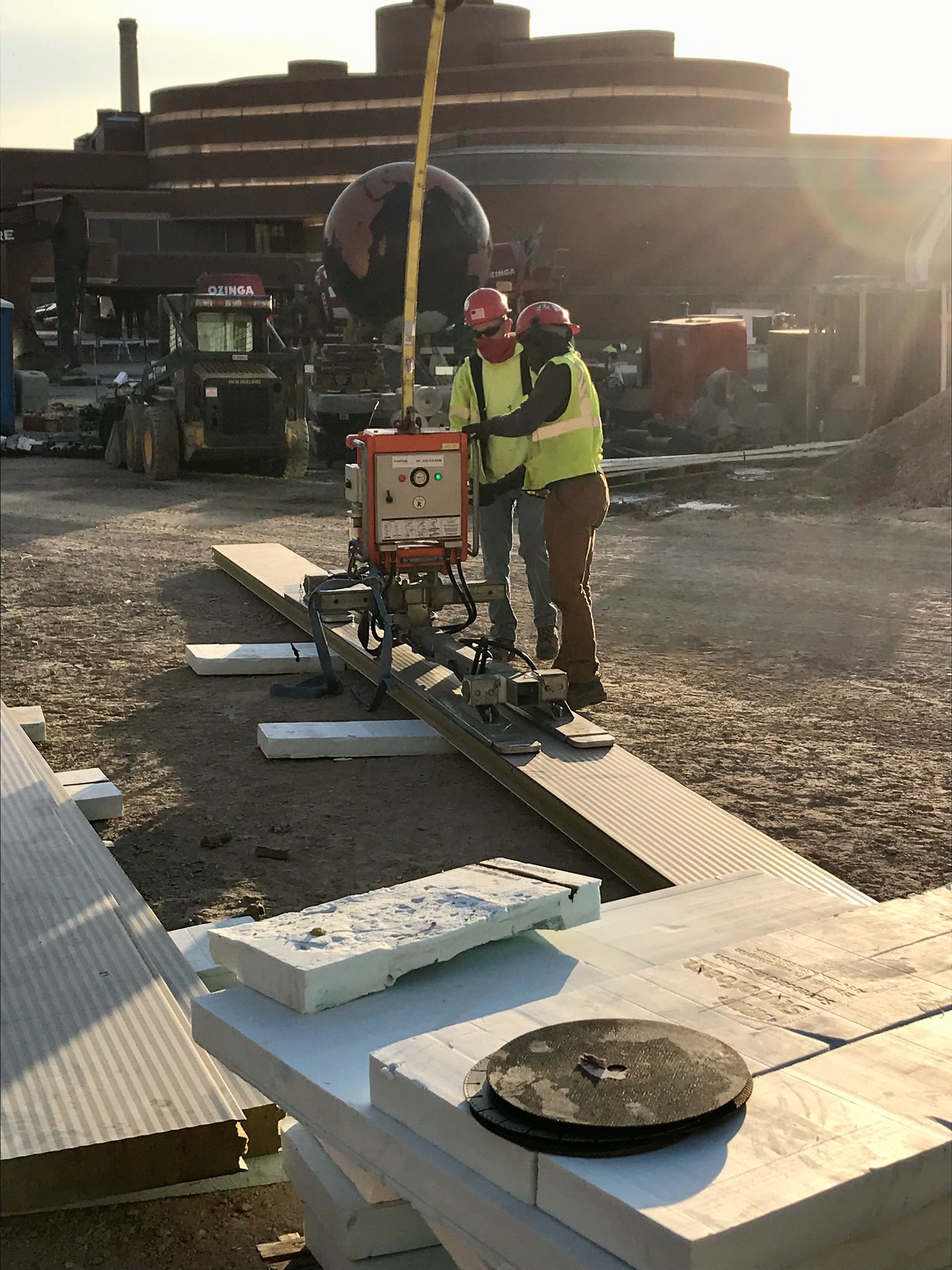 “It’s different every day,” Dwayne Sampson, a sheet metal apprentice, says. “I’m able to turn nothing into something.” (Photo provided by Dwayne Sampson)

While he enjoys his career, Sampson noted that his field lacks minority workers.

Part of WRTP BIG STEP’s work addresses diversity in construction and manufacturing. This means figuring out the barriers to entry for women and traditionally disenfranchised populations, Blumer said.

“The systems and the historical infrastructure of construction and manufacturing have not been immune to some of the systemic ways in which people of color and women have been left out,” Blumer said.

“We’re in it to make sure our communities are diverse and they’re healthy, and that people can have wealth attainment so they can send their kids to school and have health insurance and have retirement,” she said. “That only makes our communities stronger.”