You are here: Home / Community Voices / OPINION: Our neighborhoods are drowning in liquor stores — and it connects to rates of violence
Share this... 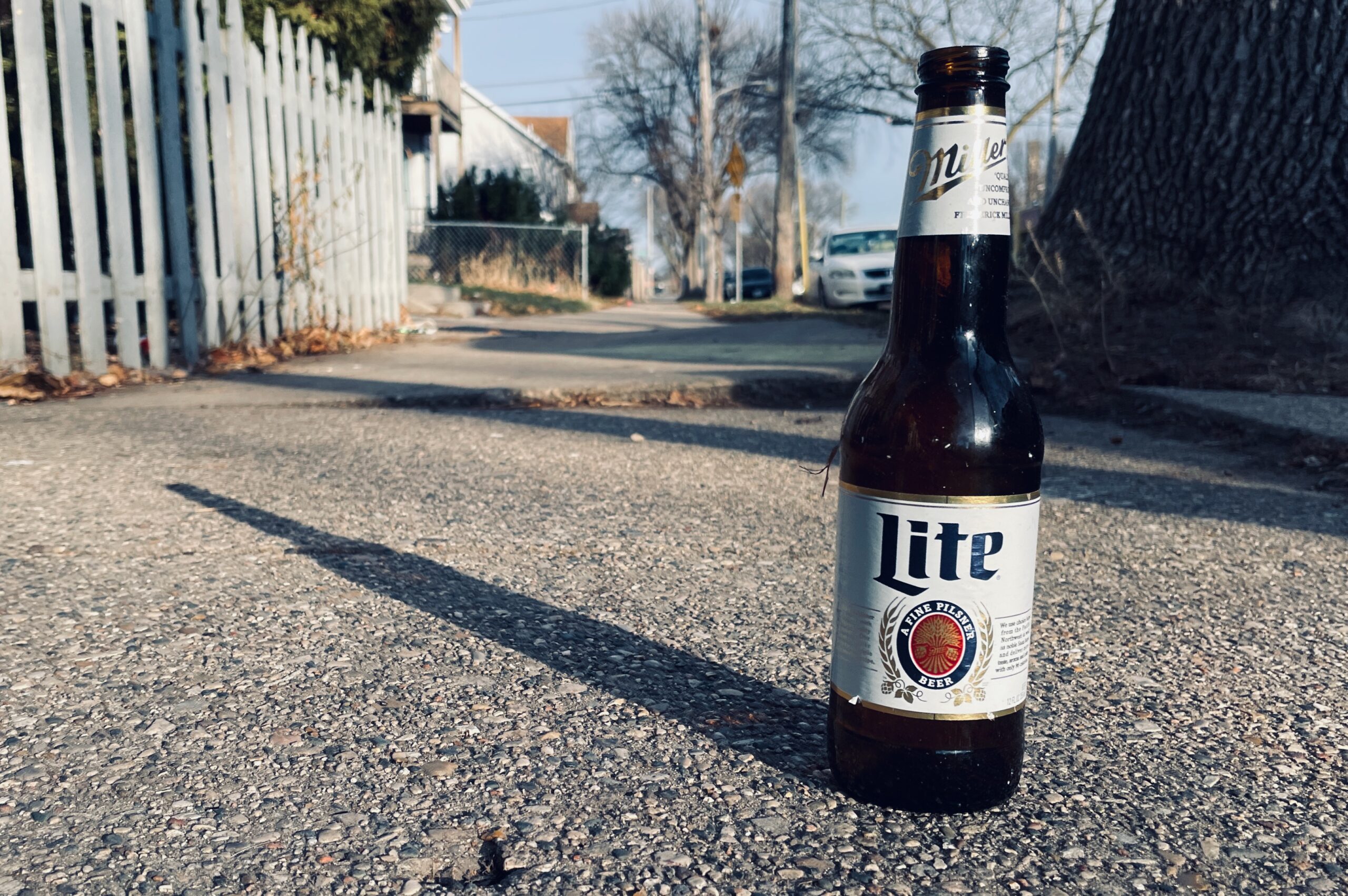 Jamaal Smith writes: “Knowing and understanding the growing number of alcohol outlets and its connection to violence is just as important as the daily discussions on access to firearms in this country.” (Photo by Adam Carr)

A few weeks ago, I took my 13-year-old son to get his haircut on a Sunday morning because, as many parents know, it is imperative for middle schoolers to look their best for school picture day.

On our drive home, we listened to satellite radio as they discussed the increase in alcohol abuse during this global pandemic. I began counting the number of liquor outlets in the neighborhood and asked my son to participate.

In a five-mile stretch, my son and I counted 18 liquor stores, yet there was not one grocery store with a focus on fresh, healthy foods. Many liquor stores have a small inventory of “food,” but they are mostly used for liquor, cigar and cigarette purchases.

This journey led me to recall studies that show a connection between alcohol consumption and violence — the five-mile stretch my son and I drove were through neighborhoods that have been historically impacted by violence.

The World Health Organization, or WHO, defines violence as “the intentional use of physical force or power, threatened or actual, against another person, that either results in or has a high likelihood of resulting in injury, death, psychological harm, maldevelopment or deprivation.” In its policy briefing “Interpersonal Violence and Alcohol,” WHO states that harmful alcohol use is estimated to be responsible for 26% of male and 16% of female disability-adjusted life years lost through homicide. Further, the role of harmful alcohol consumption as a risk factor for violent victimization and perpetration is increasingly being identified throughout the world.

In the Blueprint for Peace, Milwaukee’s community-driven violence prevention strategic plan, an identified risk factor that contributes to violence is “high alcohol outlet density.” This means that neighborhoods with a higher density of bars and alcohol outlets, such as convenience and liquor stores, tend to have higher rates of violence, including child maltreatment.

In the 1991 urban classic film “Boyz n the Hood,” Furious Styles (Laurence Fishburne) takes his son Tre (Cuba Gooding Jr.) and friend (Morris Chestnut) to Compton to show them the impact of gentrification. In the discussion, Furious asked, “Why is there a gun shop on every corner in this community?” When a local resident asked, “Why?” Furious continued, “I’ll tell you why — for the same reason there’s a liquor store on almost every corner in the Black community. Why? They want us to kill ourselves.”

We have to ask ourselves some thought-provoking questions: What message does the high volume of liquor stores send to our communities, especially those highly impacted by violence? What message does this give to our children, who see advertisements on various alcoholic brands in these same neighborhoods?

This is exactly why we must understand the complexities of violence as we discuss prevention strategies. Knowing and understanding the growing number of alcohol outlets and its connection to violence is just as important as the daily discussions on access to firearms in this country.

The Blueprint for Peace is the foundational plan that can guide violence prevention in Milwaukee and lead to the creation of collaborative opportunities that uplift fundamental change in our neighborhoods.

A proud native of Milwaukee and graduate of Milwaukee Public Schools, Jamaal Smith has committed the last 10 years of his life to serving the Milwaukee community in roles at Safe and Sound, YWCA Southeast Wisconsin, NAACP Milwaukee and more. He is currently the violence prevention manager at the City of Milwaukee Health Department’ Office of Violence Prevention.