You are here: Home / Posts from Community / Post from Community: TMJ4 News partners with Marquette University for a series of Milwaukee Mayoral, Wisconsin U.S. Senate and gubernatorial debates
Share this... 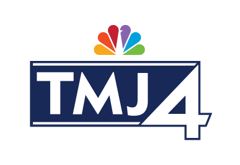 Marquette University and TMJ4 News will co-host a series of televised political debates as Wisconsin voters prepare to go to the polls in three high-profile 2022 elections. The series of debates will focus on Milwaukee’s mayoral race as well as Wisconsin’s race for governor and U.S. Senate. Each debate will be moderated by TMJ4’s veteran political reporter Charles Benson and Emmy Award-winning anchor Shannon Sims. Benson and Sims will be joined throughout the series by a variety of panelists. Marquette’s Varsity Theater will serve as the venue for each event. The 2022 debates continue a longstanding TMJ4 News tradition of keeping Wisconsin voters informed on candidates and pressing issues during campaigns. In 2018, TMJ4 hosted both U.S. Senate and Gubernatorial debates, which were televised statewide.

All 2022 debates will air in Milwaukee on TMJ4. The U.S. Senate and Gubernatorial debates will also air statewide on Wisconsin’s NBC affiliates:

Sunday, March 27 (6-7 p.m.): Debate between two finalists in the race for Milwaukee mayor

Wispolitics.com, 620 WTMJ, and the Milwaukee Business Journal are also sponsoring the debates.

Due to limited space, the event will be ticketed and all seats for members of the public have been reserved. News coverage of the debate and/or access to a pool feed is welcome and requires media credentials. Journalists must contact Kevin Conway at Marquette University, kevin.m.conway@marquette.edu, regarding credentials. All media must be on the credential list for access to the building that evening. Parking for live trucks must also be arranged in advance.

In addition to the televised debates, TMJ4 News will air a series of in-depth interviews with all seven candidates on the ballot in the Milwaukee Mayoral primary election. Those interviews will air each weeknight at 6 p.m. from January 24-February 1.

About TMJ4 and Scripps

The E.W. Scripps Company (NASDAQ: SSP) is a diversified media company focused on creating a better-informed world. As the nation’s fourth-largest local TV broadcaster, Scripps serves communities with quality, objective local journalism and operates a portfolio of 61 stations in 41 markets. The Scripps Networks reach nearly every American through the national news outlets Court TV and Newsy and popular entertainment brands ION, Bounce, Grit, Laff and Court TV Mystery. Scripps is the nation’s largest holder of broadcast spectrum. Scripps runs an award-winning investigative reporting newsroom in Washington, D.C., and is the longtime steward of the Scripps National Spelling Bee. Founded in 1878, Scripps has held for decades to the motto, “Give light and the people will find their own way.”

Marquette University is a Catholic, Jesuit university located near the heart of downtown Milwaukee that offers a comprehensive range of majors in 11 nationally and internationally recognized colleges and schools. A Marquette education offers students a virtually unlimited number of paths and destinations and prepares them for the world by asking them to think critically about it. Marquette’s mission is the search for truth, the discovery and sharing of knowledge, the fostering of personal and professional excellence, the promotion of a life of faith and the development of leadership expressed in service to others. Along the way, they ask one thing of every student: Be The Difference.