You are here: Home / Home / Carousel / A partnership between a church and Ascension Wisconsin is feeding residents on Milwaukee’s North Side
Share this... 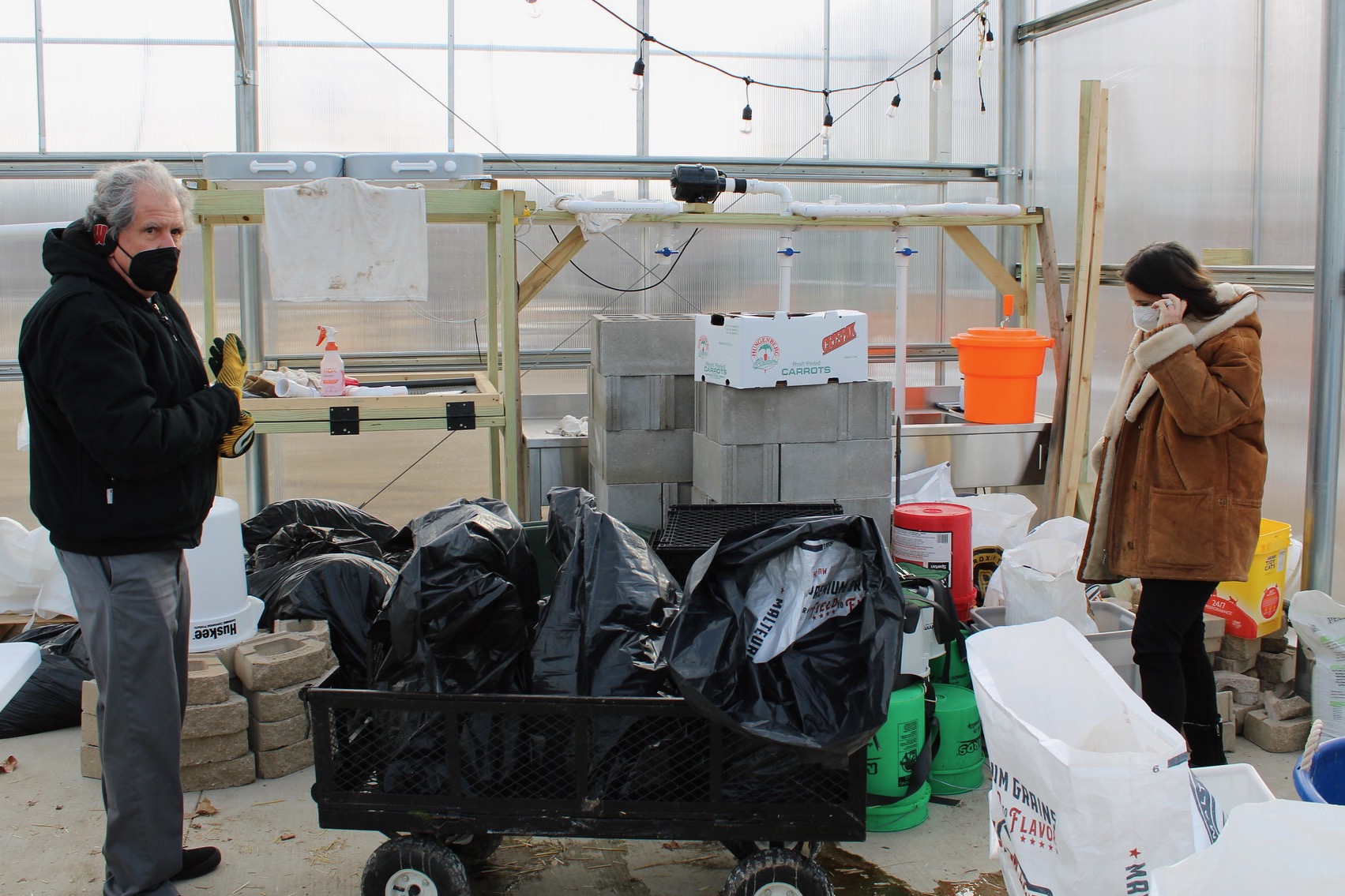 Pastor Dan Czaplewski and Jenny Ovide stand in the greenhouse at All Saints Family Health Center. Patients at the health center are given direct access to the fresh foods. (Photo by Matt Martinez)

It started with an idea and some seeds.

Dan Czaplewski, the pastor at Mt. Calvary Lutheran Church, asked his neighbors about what change they wanted to see in the community. Those who lived near the church, located in Sherman Park at 2862 N. 53rd St., said they were concerned about crime, jobs and kids having something to do.

Soon, that turned their mantra into reality: growing people by growing vegetables.

Czaplewski, who goes by “Pastor Dan,” started recruiting young people from the community to serve as “interns” for urban farming. The goal was to give kids an outlet for a brighter future.

“We really want our interns to have some agency,” Czaplewksi said. “I ask the kids, ‘What’s your passion? What do you want to see better in your community?’”

Starting out modestly, the biggest challenge was finding space.

Then, in 2018, it all began to come together. Looking for community partners, Pastor Dan found a plot of land at 4900 W. Burleigh St., just in the shadow of Ascension St. Joseph hospital. He was able to lease the space for $10 a month.

Ascension would later become a partner for the program, lending space at Ascension All Saints Family Center, 2400 W. Villard Ave. The field is nicknamed St. Mike’s Farm, as it stands where St. Michael’s Hospital used to. 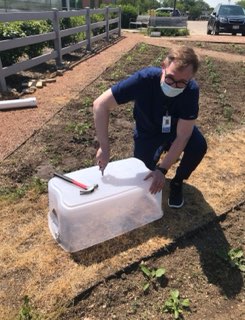 Volunteers and interns tend the fields, including doctors in medical residency and youths from around the area. (Photo provided by Jenny Ovide)

Ascension also provided funding for some projects, including a greenhouse at the health center finished in April, paid for by a $100,000 grant from the Ascension All Saints Foundation.

“It’s been a great partnership,” Czaplewski said. “You can’t farm without land.”

The farms provided 1,700 pounds of fresh produce in 2021, roughly double the amount from the previous year, as part of a program called Farm to Hospital and Community. Going to farmers markets, food pantries and local businesses, such as the Upstart Kitchen, the food produced by the farms is intentionally meant to provide fresh produce in areas affected by food insecurity.

In past years, it also provided food directly to the cafeteria at St. Joseph hospital.

Patients at the health center are also given direct access to the fresh foods.

The health center “had a patient who came in with no food whatsoever in the house with a family, kids,” Czaplewski said. “They came out and said ‘Hey, can we pick some stuff?’ We said, ‘Of course, that’s what it’s there for.’ We fixed her up with a box of vegetables to take home to her family. Right place, right time.”

Jenny Ovide, community medicine clinical coordinator at Ascension All Saints Family Health Center, said the health center serves as a hub for the community. Improvements to it in recent years have included a running track, a test kitchen and a classroom. The kitchen and classroom function as places for patients to exercise, learn how to prepare meals and to get educated.

“In the summer, kids will be out riding their bikes and I’ll be in the garden,” Ovide said. “They’ll come over and I’ll say ‘you want to taste one of our tomatoes?’ That is a gift truly for the community.”

Ovide, who also goes by “Nurse Jenny,” said those participating in the health center’s medical residency program, which provides experience for new doctors, also take part in the program. In some cases, they go out and tend the fields themselves. In others, they sit down with a family in the center’s test kitchen at the end of a series of cooking classes.

“There is really nothing more spiritual than sharing a meal,” Ovide said. “It puts the doctors and nurses on the same level with the people. It takes them away from being the doctor in the coat to the community.”

Ben Juech, board secretary for the Mt. Calvary Lutheran Church Community Development Corporation, said kids get to see something grow from start to finish.

“These kids walk into a fallow field, so to speak, and see something grow over the summer and cultivate it – it’s really something special,” Juech said.

For Czaplewski, the farm work goes beyond just a few life lessons.

“There is dignity to the work. There is empowerment to a paycheck, but there is also something psychological, emotional and even spiritual about working the land,” Czaplewski said.

In case you missed it: A harvest of riches: Meet some of Milwaukee’s finest urban farmers