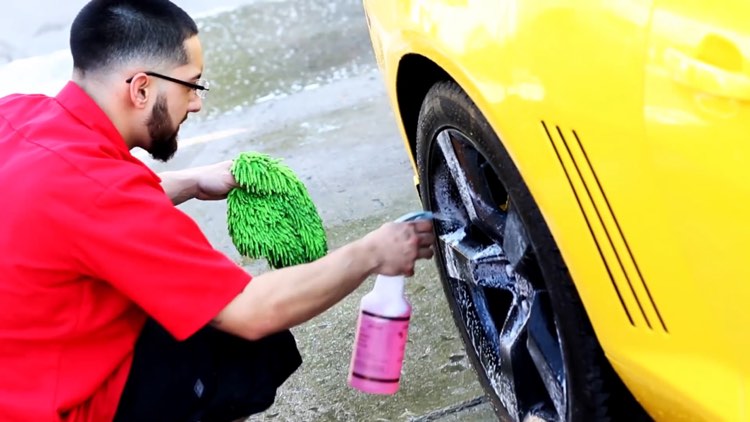 Isaac “Bubba” Solis Jr., who died in 2019, had a passion for working on cars. (Photo provided by family)

Isaac Solis, 45, has a warning for parents and others.

“It only takes one fake pill with fentanyl in it to lose someone you love,” said Solis, whose son, Isaac Jr., died in 2019 after taking what he thought was a prescription Percocet. “My son was a great kid and grew up in a loving household.”

The pill that Isaac Jr., whom they called Bubba, bought on the street was actually a counterfeit pill laced with fentanyl, a synthetic opioid that can kill in trace amounts and is often used as a cutting agent by drug dealers.

It’s a phenomenon that’s driven an increase in overdose deaths across the country, including in Milwaukee County.

In 2021, an all-time-high 607 drug overdose deaths were recorded, surpassing the previous high of 545 set last year, according to data provided by Karen Domagalski, operations manager for the Medical Examiner’s Office.

Bubba, 25, loved fixing cars, had a job at a dealership and had attended classes at Milwaukee Area Technical College, his father said. Bubba is also survived by his mother, Connie, and a sister, Ceana, a University of Wisconsin-Milwaukee student. Two University of Wisconsin-Milwaukee students died on campus last year after taking fake prescription pills that contained fentanyl.

When his son died, Solis, a United Parcel Service driver, said he knew little about fentanyl. Since then, he has learned a great deal, including that his son’s story is not unique.

People have reached out to Solis to share stories about a loved one they lost to a fake pill that contained fentanyl.

Inspired by his son’s memory and driven to help others avoid his family’s grief, he launched “One Pill Kills,” a grassroots social media campaign to raise awareness on fentanyl.

Not to be confused with the U.S. Drug Enforcement Administration campaign, One Pill Can Kill, Solis uses Twitter, Facebook, Snapchat and also just launched a website to share posts that read like verses in tragedy: stories about deaths tied to fentanyl and massive counterfeit pill drug busts and lists of daily overdose deaths and other data from Milwaukee.

He also shares educational resources and sends warnings to elected officials and others that lives, including those of children, are at risk unless more is done.

‘This can happen to you’

Parents and others from across the country often comment on his social media posts and share the name of their loved ones and the type of fentanyl- tainted pill that caused their death: “Half a fake percocet pill,” “Counterfeit Xanax,” “M-30 (counterfeit oxycodone). “ 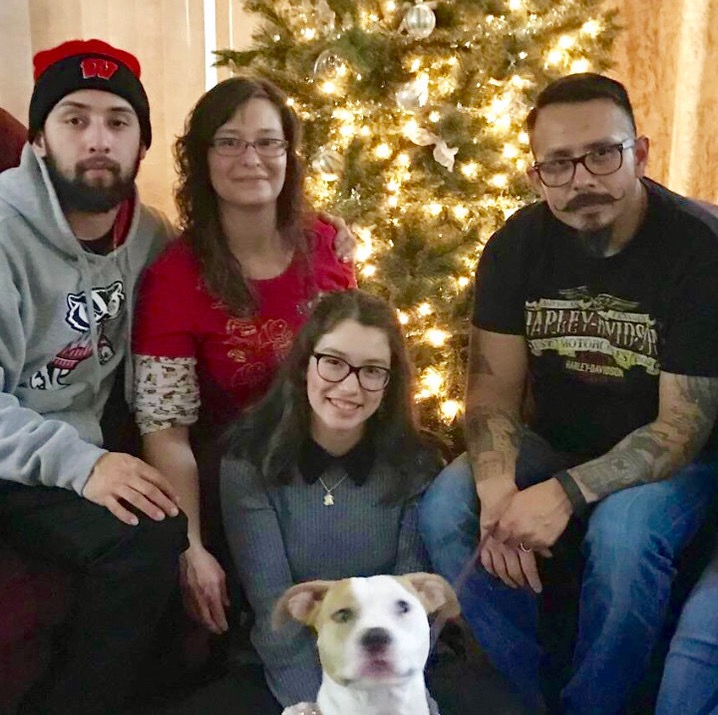 From left, Isaac “Bubba” Solis, Jr.; his mother, Connie; sister, Ceana; father, Issac, Sr.; and the family dog get together for a photo during a past Christmas. (Photo provided by family)

According to the Drug Enforcement Agency, four out of every 10 counterfeit pills with fentanyl that is tested in its labs contained a potentially lethal dose of the drug. The agency also warns that drug networks are flooding the market with fake pills and marketing them as legitimate prescription drugs.

Before Solis launched his site, he reached out to another parent who also leads a grassroots effort to raise awareness on the issue of fentanyl.

“I get calls on Facebook in the middle of the night from mothers who don’t know who else to call,” she said. “I’ve had parents who’ve buried two or three kids and one who buried all five.”

Krieger said she and other supporters are pushing for changes in the way the issue of fentanyl is addressed. She said that despite years of rising deaths, officials are still missing the mark with prevention campaigns.

“That’s because the entire paradigm of this drug crisis is something we’ve never seen before,” she said. “We all took risks when we were young, but now they’re dying from it.”

She said leaders need to focus on younger, occasional pill users who are unaware that they could be taking a counterfeit substance.

“Everything so far until now has been geared towards one population: hard-core opioid users,” Krieger said. “Young people nowadays are walking around with blinders and not realizing that one pill can kill you.”

Hoping to reach that population, Krieger and Solis plan to expand their awareness campaigns to billboards, and other mediums, and to get into the schools. They also have asked elected leaders and law enforcement officials for help spreading their message.

“We need to take more action and do it in a hurry because we’re going to lose our next generation,” Solis said. “Things are not like they used to be where you can get addicted to drugs and relapse and recover. Now you can take a half a pill and you’re gone.”

You can also learn more about counterfeit pills at https://www.dea.gov/onepill.