You are here: Home / Community Voices / OPINION: Attacks on ballot drop boxes are an attack on our democratic system
Share this... 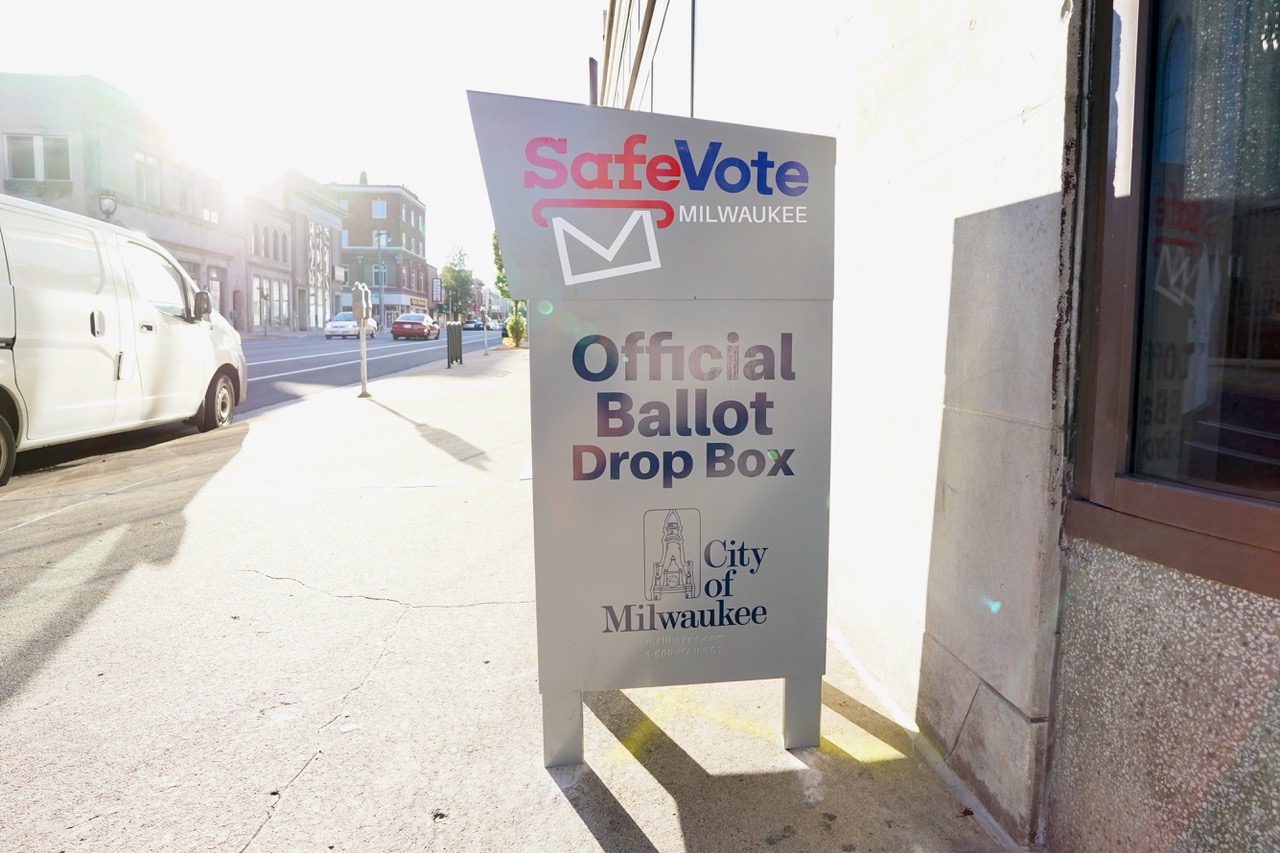 Jamie Lynn Crofts writes: “Drop boxes make it easier for people to vote safely. In 2020, absentee voting and drop boxes helped Wisconsin achieve its highest voter turnout ever, with 76% of eligible voters casting ballots — all in the middle of a pandemic.” (Photo by Adam Carr)

For far too long, courts and politicians have played games with our voting rights. This mockery of democracy is currently on full display in Wisconsin, with courts volleying decisions back and forth while the right to vote hangs in the balance.

Recently, the Wisconsin Supreme Court ruled that ballot drop boxes will not be permitted for the April 5 election. This ruling follows a series of opinions from various courts about the legality of ballot drop boxes, which have been safely used in Wisconsin communities for decades. Although not a final ruling on the case’s merits, the court’s decision to block the use of ballot drop boxes in April does not bode well for their future.

Drop boxes make it easier for people to vote safely. In 2020, absentee voting and drop boxes helped Wisconsin achieve its highest voter turnout ever, with almost 76% of eligible voters casting ballots — all in the middle of a pandemic. People who are disabled, elderly, lack transportation or are just busy, can use drop boxes to safely return their ballots. There is no evidence that drop boxes have resulted in any voter fraud – and ambitious people have been trying to find evidence of wrongdoing since before the 2020 election results were even finalized.

But the truth is, this fight isn’t just about drop boxes. The lawsuit attacking drop boxes is just one small part of a coordinated, multipronged attack on our democracy itself. Extremists have shown that they would rather disenfranchise their fellow Americans than see the other side win a free and fair election. And now, they are holding our democracy hostage until they get what they want. That is what this fight is about.

Anti-democracy extremists are trying to make it harder to vote while simultaneously casting doubt on our democratic process. We cannot let them succeed. Don’t be fooled by the propaganda — Wisconsin’s elections, like our drop boxes, are safe and secure.

It’s sadly fitting that this decision limiting voting rights came in the midst of Black History Month. As soon as African Americans won the right to vote, white supremacists sought to deny it. In 1870, the 15th Amendment to the Constitution was ratified, declaring that “the right of citizens of the United States to vote shall not be denied … on account of race.” Sadly, more than 150 years later, we are still failing to live up to the promise of equal citizenship.

The Voting Rights Act has been gutted by the Supreme Court. Wisconsin Sen. Ron Johnson opposes legislation that would protect the voting rights of his constituents. Our state legislature has passed bill after bill seeking to make it even harder for Wisconsinites to vote. And, despite study after study proving the legitimacy of the 2020 election, Wisconsin taxpayers are paying for a sham, partisan “audit” intended to cast doubt on our democratic system.

Attacks on voting rights are direct attacks on Black and Brown Americans. Every time we make it harder for people to vote, the increased burden falls on poor and working-class communities of color. To the attackers, this inequity is a feature, not a bug.

Voting rights are the very foundation of our democracy, and our republic is at its strongest when every American who is eligible to vote is also able to vote.

Now more than ever, we should be making it easier for people to vote, not harder.

Jamie Lynn Crofts is a policy director at Wisconsin Voices with experience in constitutional and civil rights law.