You are here: Home / Home / Carousel / A Milwaukee-based project is bringing to life stories of pregnancy during the pandemic
Share this... 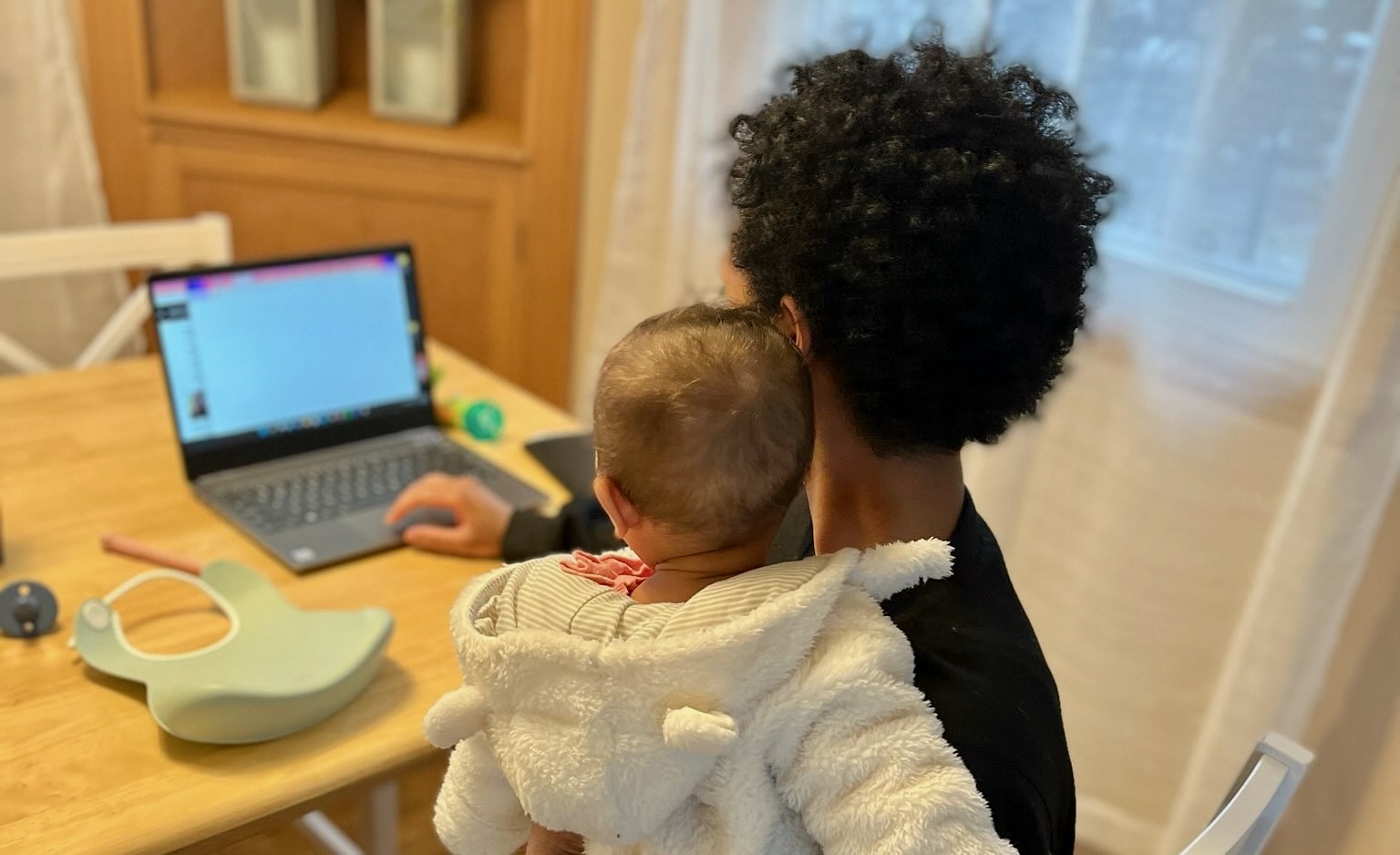 When N’Jameh Russell-Camara tells her newborn daughter about the time and place she was born into, she’ll have a lot to say.

She’ll tell her about the uncertainty.

About not knowing if she’d have to give birth in a mask or not.

About going to prenatal appointments by herself because of restrictions.

About having no family in the hospital for the birth.

About taking a vaccine to protect her without fully knowing what to expect, only knowing that she was willing to take that risk over getting COVID-19.

Through all the details, she hopes to make one thing evident.

“All of that happened because we love her,” she said. “And we wanted to bring her into this world.”

Russell-Camara has a story to tell. Several, in fact.

Russell-Camara, associate director of engagement at the Milwaukee Repertory Theater, leads the Pandemic Pregnancy Project, a volunteer-based effort to gather stories from mothers locally and around the country.

Each story that Russell-Camara, an actress and Milwaukee native, hopes to gather is distinct in its own right, yet shares a common thread: the COVID-19 pandemic and pregnancy, adoption or childbirth.

Mothers give interviews, anywhere from 30 minutes to an hour, and their stories are condensed and transcribed into monologues that last up to four minutes.

Actors and storytellers then read the monologues aloud.

The name for the series is “Pandemic Pregnancies and Popsicles.”

The “popsicle” is supposed to represent a sweet lesson from the stories – something the audience can learn from.

“It’s not meant to be sweet in a Pollyanna way, like good vibes only,” Russell-Camara said. “That sweetness symbolizes a breath and an exhale – breathing life into someone else’s story so that person can vocalize their experience.”

The project has a goal to gather 30 stories from mothers around the country. So far, it has collected 23 stories, with a mix of families from Milwaukee, Madison, Chicago, California and the East Coast.

The majority of participants are from Milwaukee, she said.

Some of the storytellers will remain anonymous, but we caught up with a few who are willing to share their stories.

For Holly Muehlbauer, a mother of three and a teacher at Longfellow Middle School in Wauwatosa, giving birth to her 7-month-old son had an added significance.

She calls him her “Rainbow Baby”— as in, rainbow after the storm.

Muehlbauer had a miscarriage in July 2020. With pandemic restrictions, she got the news alone.

“To be shut away from the one person I needed in that moment made it harder,” Muehlbauer said.

Muehlbauer said the experience was isolating, as she carried grief she had never felt. Knowing there was a tribe of women out there who had gone through the same thing, she wanted to share her story.

She’ll always remember the scene in the delivery room.

One of the most meaningful moments for her was seeing her husband’s raw emotion after having been able to only attend the first prenatal appointment and 20-week ultrasound.

“It was like he had gone through nine months in 10 minutes,” she said. “That’s something I’ll never forget.”

Alexandra Maier, a mother from Bay View who participated in the project, said the interviewing process was cathartic.

“Being pregnant during the pandemic, there was a lot of tossing and turning,” Maier said. “There was a lot of uncertainty, and it could feel very lonely and isolating . . . having someone to just listen to me was a nice change of pace.”

Maier and her husband had struggled with infertility before the pandemic.

In February 2020, she finally found treatments she was looking for. A month later, everything closed down because of the onset of the COVID-19 pandemic.

That’s when the waiting started.

The date for her treatments kept getting moved back because of an increased number of cases. She started to wonder if the treatments were ever going to happen.

The lack of dialogue around infertility can make it all the more isolating.

“There’s a lot of taboo in talking about it,” Maier said. “You feel like people will get upset or won’t understand.”

Months later, it finally happened. Maier was able to get her treatments and nine months later, her daughter was born.

Maier said her biggest lesson from it all was finding hope in a time of uncertainty.

She hopes her story, and the others gathered, can resonate with people.

“During the pandemic, I would scour the internet for similar stories, but I couldn’t find any,” Maier said. “If I tell my story and one other person can feel like they’re not alone, it’s worth it.”

How to get involved

Do you have a story that you want to share with the Pandemic Pregnancy Project? Email pandmeicpregnancyproject@gmail.com to sign up.