You are here: Home / Community Voices / OPINION: ‘Another siren’: Reflections on chaos from a man raised in Milwaukee and living in Ukraine
Share this... 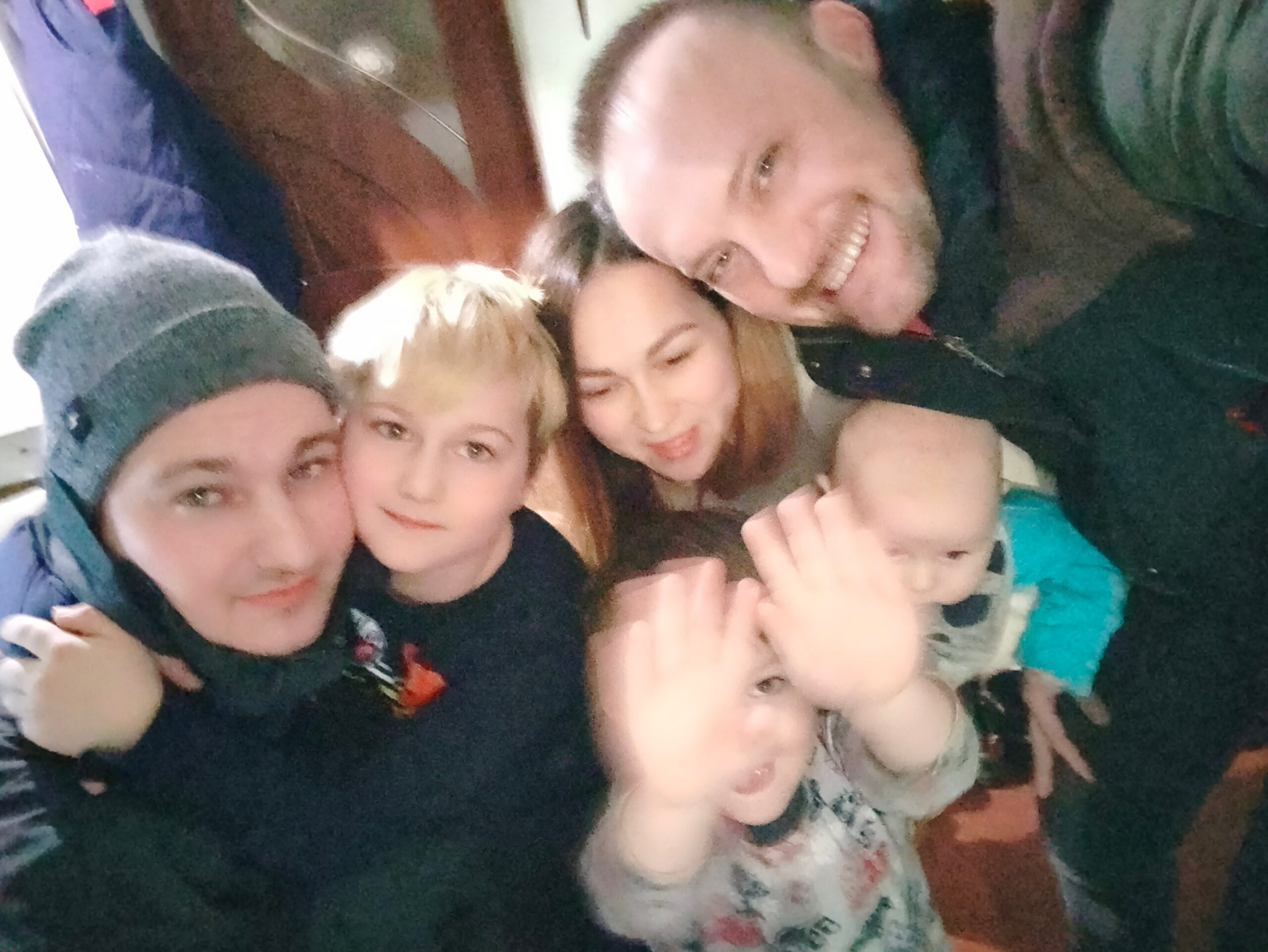 Victor (right) took this photo as he said goodbye to his aunt, her three children (including his godson) and their father before they started their journey to leave Ukraine. (Photo provided by Victor Valionta)

Another siren. Another run to the bomb shelter. We heard such stories about countries such as Syria, Afghanistan and Iraq. We sympathized. We said, “Thank God it’s not us.” In my case, it is no longer the story I can tell. Now, I empathize.

My name is Victor Valionta. I was born in the Soviet Union, raised in Milwaukee and transformed into my adulthood in Ukraine.

I was in basic training for the U.S. Army Reserves when the attack happened on 9/11. I felt rage and pain. I wanted to be a part of the solution. I pushed harder, I studied harder, and I had a purpose. I wanted to protect not only the country but also all that it stood for. The country had given me shelter when I first arrived as a refugee in 1995 and so much more since then.

It is a similar feeling that I am experiencing right now –similar in a way of wanting to protect what I came to love and admire. In 1995, Ukraine was not the Ukraine I know today. We have been moving in the right direction, despite many challenges and hurdles. With every single day, I saw improvements. I saw the level of safety, comfort and unity come to a level never seen before.

I was fortunate to have traveled around the world and have seen the good and the bad. From the devastation in Haiti of yet another disaster, to Denmark, a country I look up to as an exemplar of a civilized society.

Currently I am in Lviv, known as the most nationalistic city in Ukraine. In Russian media, Lviv is often referred to as the beacon of evil — that we terrorize the Russian-speaking population, burn our children and who knows what else. In Ukraine, and to the rest of the world, Lviv is known as the soul of Ukraine, a cultural capital of our country. I can only attest to the latter. I have always spoken the language I want to speak in, be it Ukrainian, Russian or other. Ukraine, in general, has become more diverse in the last 10 years than I have ever seen before. Albeit remnants of the Soviet blindfold to race and different cultures does linger from time to time.

Victor’s Aunt Inna, seen here, brought her family of six to this one-room building in a village outside of Lviv, where they slept, played and ate. (Photo provided by Victor Valionta)

Although we in Lviv are not experiencing the military action that is seen in central, eastern and southern parts of our country, we have become a hub for refugees. Within the last few days, I have had to coordinate a passage for my aunt and her three children to NATO-controlled territory. They have stayed for a week in a village on the outskirts of Lviv. Yesterday I was able to take them to a nearby city, where my friend’s mother welcomed them into their home just so that they could take a shower. We then drove back to the village, through about five checkpoints and said our goodbyes. I am both glad and very sad that they have now been able to cross the border.

This morning, I gathered a few items of clothing, cleaned up my apartment and passed the keys to my neighbors, whose relatives came from the eastern part of Ukraine and needed a place to stay for a few days as they coordinate their exit route with their kids.

What connects me, and all of this to Milwaukee? To Lviv? What unites us? Everything!

The unwavering support from the United States, from all of my friends, acquaintances and relatives — verbal, visual, financial and within military parameters — is beyond essential to our fight for freedom. From the terror we all experienced in the United States on 9/11 to the terror that has now entered my life, our lives, in Ukraine, we all stand united.

For this, and so much more, I will forever be grateful.

A quick call with my mom, who still resides in Milwaukee, ends with yet another siren that calls me to take shelter.

Victor Valionta was born in the Soviet Union, raised in the United States and currently lives in Lviv, Ukraine.