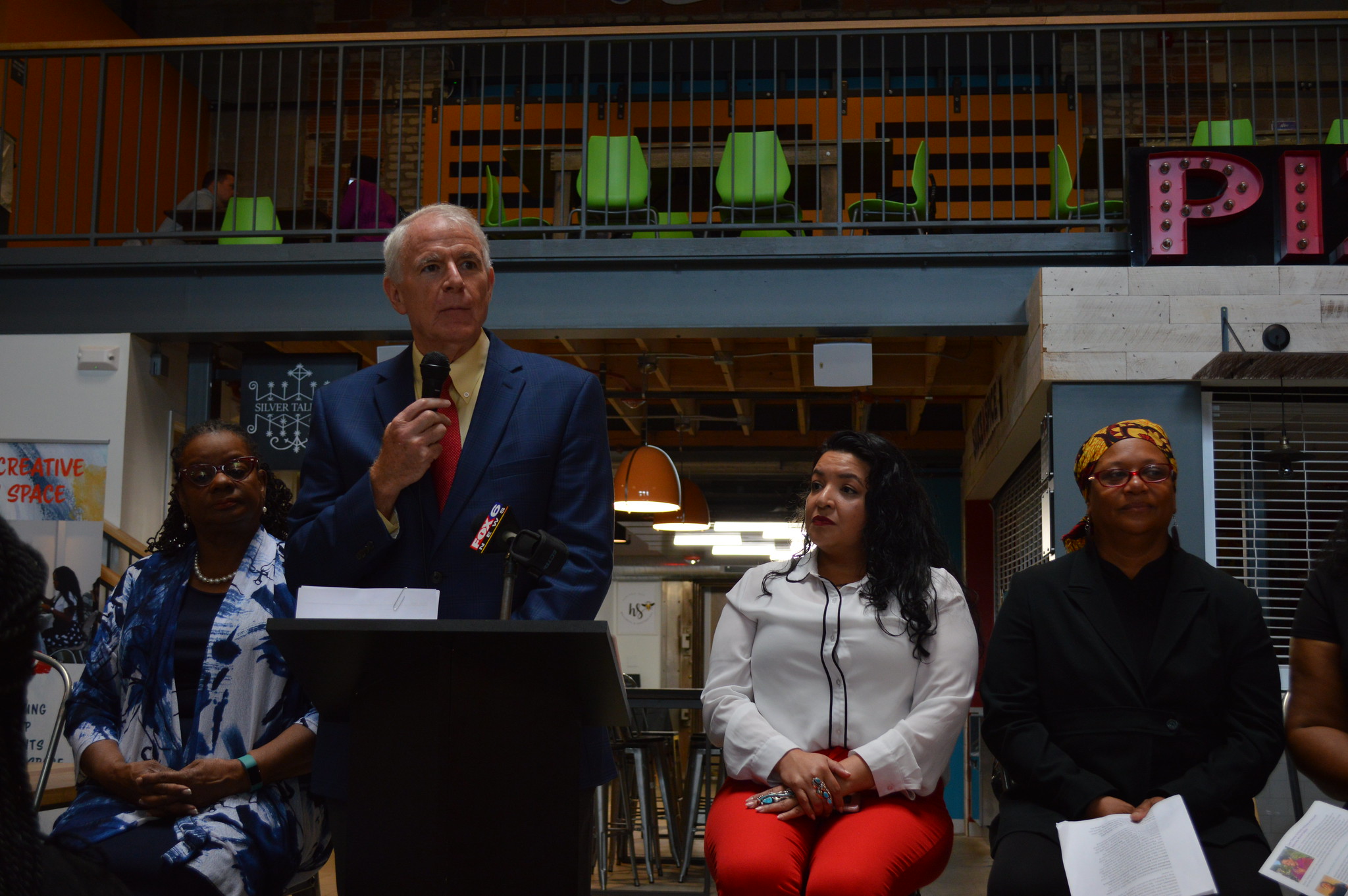 Former Mayor Tom Barrett addresses doulas of color and the public in April 2019, when the legislation to fund doula positions to serve 100 mothers in the 53206 ZIP code originally passed. (NNS file photo by Ana Martinez-Ortiz)

The City of Milwaukee’s Birth Outcomes Made Better Doula Program will be zeroing in on the 53206 ZIP code in an effort to reduce infant mortality.

Erica Olivier, deputy commissioner of community health with the Milwaukee Health Department, said the infant mortality rates for the ZIP code were among the highest in the city over the last five years.

Focusing on 53206 means addressing the root causes behind the higher rates. Leading factors for infant mortality in the area include the lack of access to quality health care, unhealthy behaviors and poverty, she said.

“These are people that are wonderful and loving and want to have nothing but healthy families and to be successful,” Olivier said. “They’re not afforded the same access to all the things that do make other areas more successful.”

Officials hope to serve 50 mothers from the 53206 area, and the initiative is being funded through a $52,000 grant from the Milwaukee County Department of Health and Human Service.

The 53206 ZIP code is situated on the North Side of the city and includes the Sherman Park and Amani neighborhoods.

Nicole Miles, BOMB Doula Program manager, said the health department has four doulas in its program, and there are two community-based doulas embedded in 53206 for a total of six available for the effort.

A doula is meant to support young mothers and their families throughout the pregnancy, offering guidance, resources and helping to create a delivery plan for young mothers.

Although they do not provide clinical support, they guide women through pregnancy and provide advice in these areas.

Miles said the concept for doula work comes from community birthing, where women in an area would support each other during the pregnancy. The idea is to rekindle relationships with mothers in the same way to help increase healthy birthing patterns.

Olivier said that although the program is fully staffed, it has been challenging to recruit doulas who can effectively connect with the community.

“We’re looking for people that are ideally grassroots, that have been living in Milwaukee, that live and breathe this community, that probably had babies themselves, that are people of color,” Olivier said. “That’s really whittling down the pool from if you just have an application up on Indeed.”

As most of the city health department’s resources have been dedicated to COVID-19, she hopes to see more programs to address underlying issues.

“It’s time for us to get off the ropes a bit,” Dimitrijevic said.

How to get involved

To enroll in the program, visit the BOMB Doula Program website or call 414-286-8620. On the website, you’ll find the Home Visitation Program Referral Form, which you can fill out and submit to MCHHVRef@milwaukee.gov