You are here: Home / Home / Carousel / NNS Spotlight: At this Harambee center, students learn how to manage their mental health
Share this... 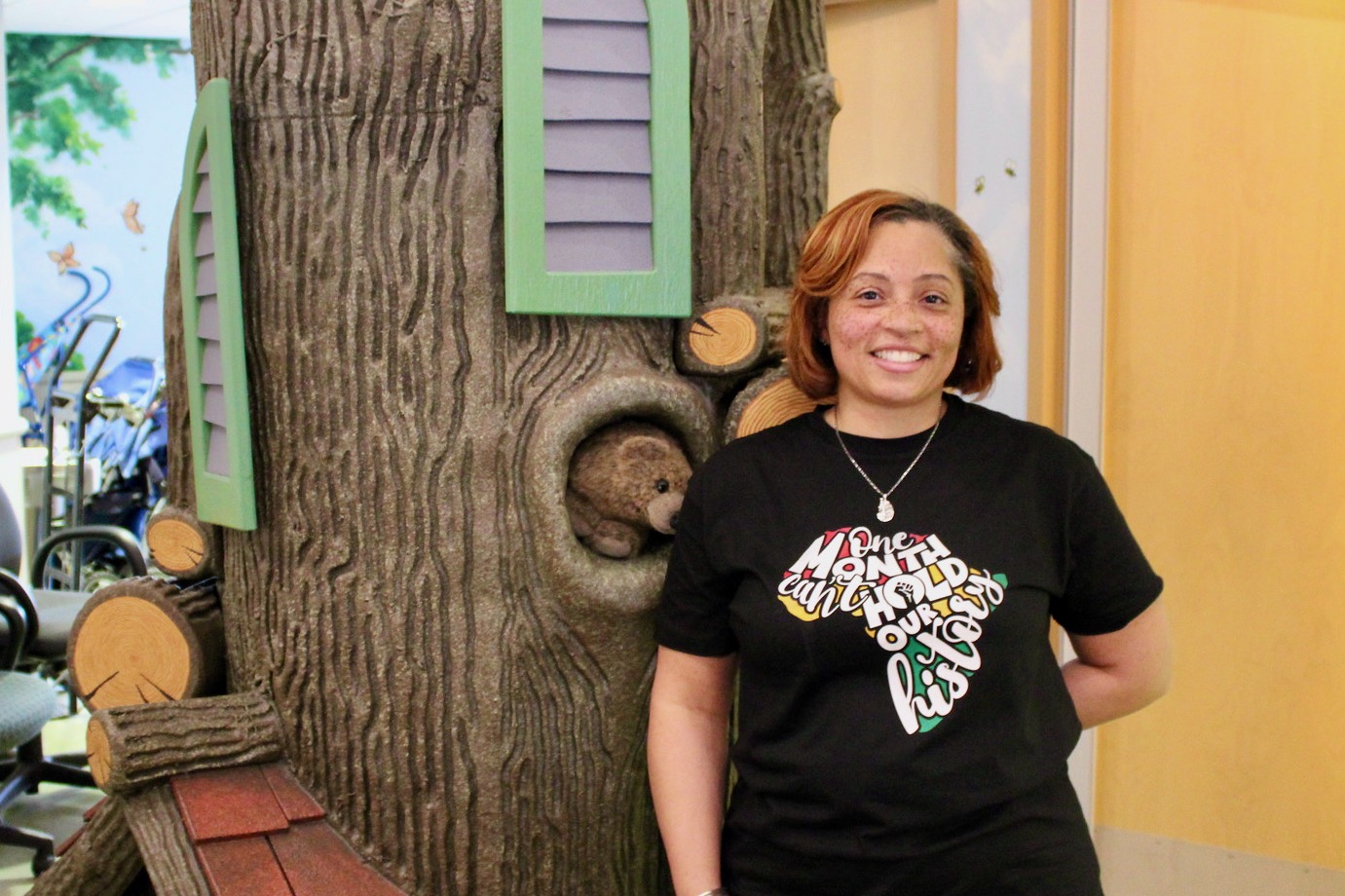 Tamara Johnson is the principal at Malaika Early Learning Center, a school and child care center in the Harambee neighborhood that emphasizes mental health for its students. (Photo by Matt Martinez)

Tiffany Glinsey describes her son, T.J., as a perfectionist.

He works hard in school, and he tries to get things right the first time. For many parents, this would be a dream come true. But there’s a downside.

At his previous school, when T.J., 8, didn’t get things just right the first time, he would have “crying spells” and would not be able to calm himself down. Glinsey said she’d often have to pick him up for disrupting class.

It got to the point that Glinsey began to feel like she was a bad mother. The school wasn’t giving her much information about how her son’s behavior despite sending him to the principal’s office. Running short on options, she pulled T.J. out and looked elsewhere.

When she enrolled T.J. at the Malaika Early Learning Center, the difference was evident.

“They actually cared,” Glinsey said. “They actually sat down with him and asked him what was wrong instead of just calling me to come pick him up.”

For educators at Malaika, teaching students how to manage their behavior and mental health is a lot like teaching them how to tie their shoes.

“When you first start, it’s hard. They don’t know how to do it, they trip on it, it’s frustrating … but as they keep going, then they’re tying their shoes like a pro,” said Marica Tipton, health and wellness specialist at Malaika Early Learning Center. “The earlier that you can teach anything, the more likely it is to stay with them and become part of their natural behavior.”

Malaika, which means “angel” in Swahili, is located at 125 W. Auer Ave. in the Harambee neighborhood. It is an early learning center that provides child care for kids under school age and education for those from pre-K to third grade. It mostly serves children from low-income households around the area.

Eighty percent of the school’s funding come from government contracts and fees from parents, with the remainder coming from donations from individuals, foundations and corporations, according to Malaika’s website. The school uses a sliding-fee scale and works with parents receiving Wisconsin Works, or W-2, benefits.

“Relationships matter,” Johnson said. “I cannot stress that enough. We take care of kids at Malaika like they’re our own.”

The school’s website says Malaika is licensed by Wisconsin Department of Children and Families to serve 70 children at a time from the ages of 6 weeks and 12 years.

“When someone tells you your child needs something, sometimes we flip that into ‘something is wrong with my child,’” Blackmon said. “It’s hard for us to accept that because we want to feel like we can handle everything our child needs, not understanding that some things we need to put in other people’s hands.”

The center’s health and wellness program has three tiers: Tier 1 is for the entire student body. Teachers and staff help teach kids how to manage their emotions with different techniques.

Tipton uses an acronym with the children: STEP.

To start, you “Say the problem without blame,” then “Think of solutions,” then “Explore the consequences” and “Pick the best solution.” The exercise, which is accompanied by a song and dance, helps kids to understand more about the relationship between the cause of their problems and how they can solve them.

In Tier 2, the staff watches out for behaviors that could become problems down the road and keep daily logs. They work as a team to determine the best options for the child.

“What I don’t want to do is suspend kids,” Blackmon said. “We try to put things in place and exhaust all possibilities so that we can get that child the help they need so that they can be successful and have more days in school.”

In Tier 3, Malaika staff refer children out for day treatment. This is usually to meet a need that the school cannot address.

Johnson said that day-treatment services for kids in the early-education age range are “practically nonexistent,” as the center has relied on just a few providers over the last few years.

By being proactive, she said, the center has reduced the number of children who need day treatment to only one or two a year. But access to these services remains a larger problem.

When T.J. needed extra help, Malaika was able to connect the family with Rogers Behavioral Health for an evaluation.

“I would have never known where to take my son to get help,” Glinsey said. “Malaika is the most underrated school in the city of Milwaukee.”

Johnson said providing these services has been one of the best decisions the school has made.

“When you get a scholar who starts with you and goes from throwing chairs every day to learning how to regulate his behavior, that’s a winning situation for everybody,” Johnson said.

(Editor’s Note: A previous version of this story incorrectly reported the address of Malaika Early Learning Center. It has been updated.)