You are here: Home / Community Voices / OPINION: Milwaukee is majority-minority and nearly 40% Black. Why don’t our political maps reflect that?
Share this... 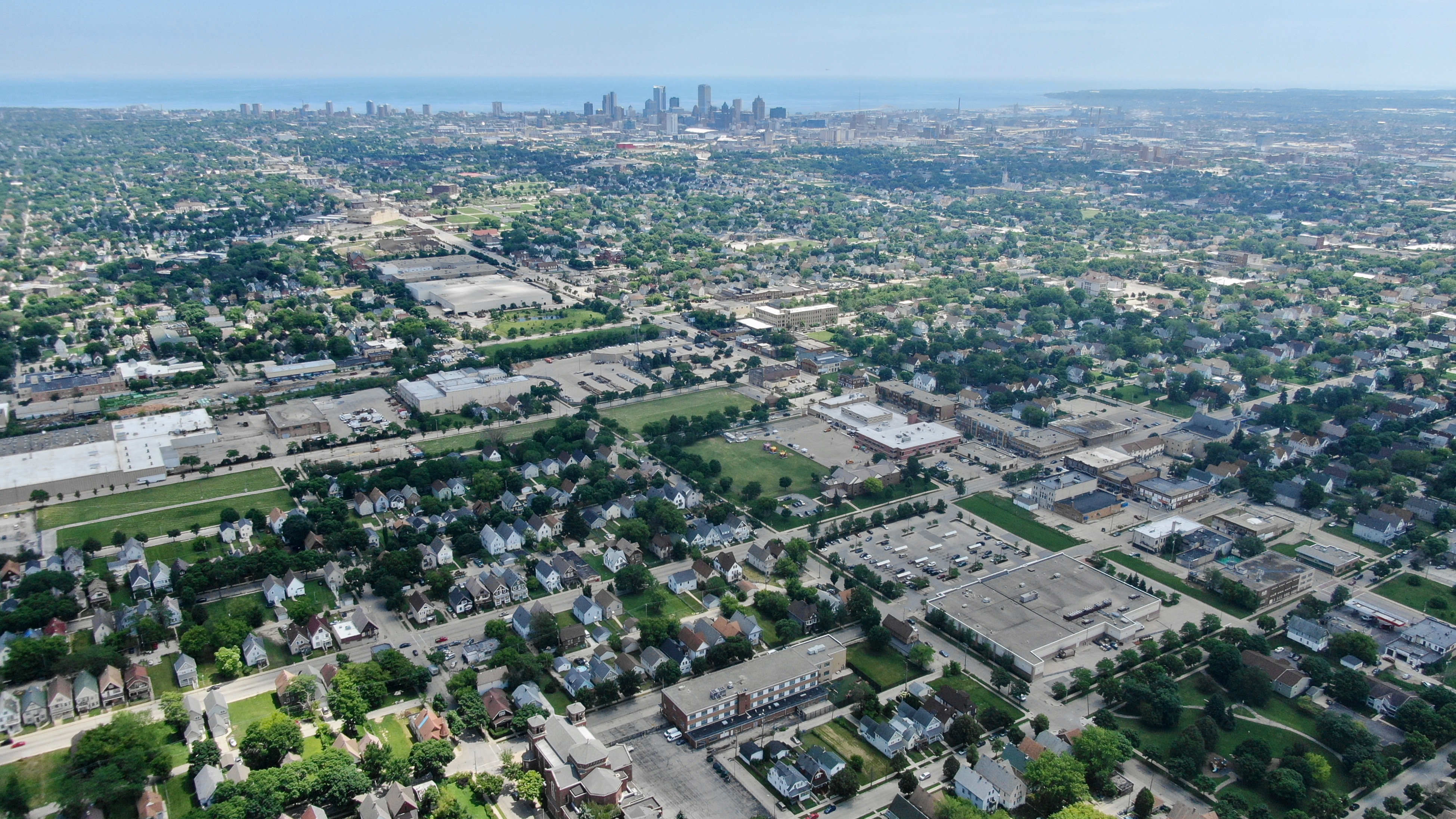 Jamie Lynn writes: “Milwaukee is majority-minority and nearly 40% Black. That must be reflected in our political maps.” (Photo by Wes Tank of TankThink)

Every 10 years, we redraw our political maps. Since Reconstruction, the redistricting process has left Black voters behind. 2022 is no different.

Protecting the Black vote is not a partisan issue. Unfortunately, politicians of all stripes are often all too happy to ignore Black and brown voters when it serves their partisan ends. This can be seen by the competing Democratic and Republican proposals currently headed back to the Wisconsin Supreme Court, both of which violate the Voting Rights Act.

The Voting Rights Act of 1965 is one of the most important civil rights laws ever passed. On paper, Black men won the constitutional right to vote when the 15th Amendment was ratified in 1870. In practice, Jim Crow laws and voter intimidation disenfranchised many Black voters for the next century.

In addition to more obvious forms of discrimination, politicians also use creative map-drawing to disenfranchise Black communities. When a community’s Black voters are packed into a small number of districts, they lose political power. And when Black voters are cracked across too many districts, they become an ineffective minority against white voting blocs.

Section 2 of the Voting Rights Act bans these discriminatory practices. In places like Milwaukee, where Section 2 applies, the law requires majority-minority districts to be created. These districts ensure that Black and brown voters have the political power to elect the candidates of their choice – whether white voters agree or not.

Earlier this month, the state Supreme Court chose Gov. Tony Evers’s maps over maps proposed by Republicans in the legislature. On March 23, the U.S. Supreme Court sent that case back to our state Supreme Court, which will now have to do a more thorough analysis of the Voting Rights Act and how it applies to Milwaukee.

Although the governor claims his maps create seven “Black opportunity districts” in Milwaukee, the numbers do not bear it out. The seven districts have a bare majority of Black voters, hardly more than 50%. The district with the highest concentration of African Americans is just 51.39% Black. The other six districts are all under 51% Black.

Making things worse, these percentages do not take the effects of mass incarceration into account. Wisconsin has the dubious distinction of imprisoning its Black residents at a higher rate than any other state. One out of every 36 Black men in Wisconsin is incarcerated. Additionally, people who have been released but are still on probation, parole or extended supervision for a felony cannot vote. An outsized number of Wisconsin’s disenfranchised citizens are African Americans from Milwaukee. This is just another reason why we need a higher concentration of Black voters for true majority-Black districts to exist.

Amazingly, the census does not even count currently incarcerated Milwaukeeans as living in Milwaukee; rather, they are counted as residents of the rural areas where they are imprisoned. This is known as prison gerrymandering, and it hurts places like Milwaukee the hardest. Financial resources and census counts add federal benefits and political voice to rural areas that happen to house large prisons – and neither the imprisoned people nor the homes and neighborhoods they were ripped from see any of this political or financial support. At every turn, our system disenfranchises African Americans.

The majority-white communities added to the seven so-called “opportunity districts” make it even less likely that Black voters would have the power to elect candidates of their choice. These districts combine areas with some of the highest concentrations of Black voters in the state with overwhelmingly white voting blocs from places like Shorewood, Whitefish Bay, and even Ozaukee and Waukesha counties. If the white voting blocs in these areas can out-vote the Black voting blocs, it defeats the entire purpose of creating majority-minority districts.

The maps proposed by Republicans in the state legislature are no better. Despite the increase in Black voting age population and decrease in white voting age population in Milwaukee County, the legislature’s plan would decrease the number of majority-Black districts from six to five. In order to reduce the number of Black districts, it packs huge Black majorities into the five districts, rather than spread Black voters across multiple districts to increase their voting power.

Do not let the politicians fool you – it is entirely possible to create seven true majority-Black districts in the Milwaukee area. Milwaukee is majority-minority and nearly 40% Black. That must be reflected in our political maps.

After the recent Supreme Court decision, the Wisconsin Supreme Court will, once again, consider how our state’s maps should be drawn for the next decade. Hopefully this time, they will choose maps that give our state’s Black voters the opportunity to have their voices heard.

Jamie Lynn Crofts is the policy director for Wisconsin Voices. Crofts has worked in constitutional and civil rights law. After graduating from Northwestern Law, she clerked for Judge Joseph Goodwin on the Southern District of West Virginia and then served as the legal director for the ACLU of West Virginia.