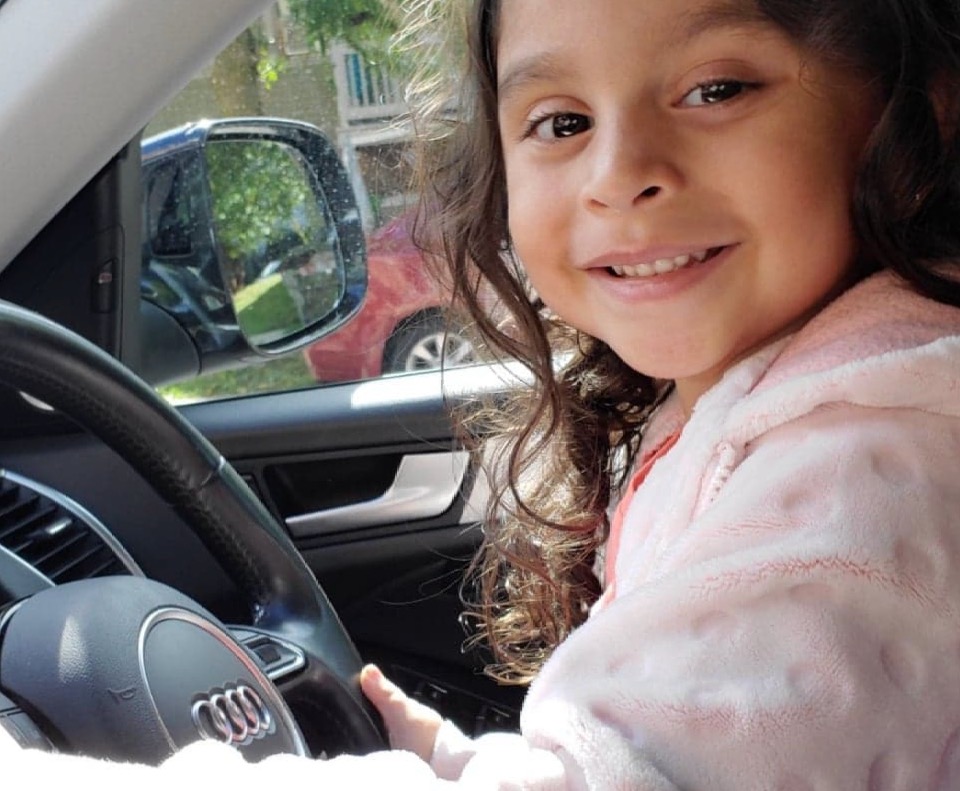 When Lisette Ruiz-Ruiz, 29, parked her Audi Q5 in the street for the night, she fully expected it to be there in the morning.

The South Side resident’s car was one of 10,479 vehicles stolen in 2021, a 132 percent increase from the 4,510 motor vehicle thefts that occurred in 2020, according to Milwaukee Police Department data.

“I still didn’t get another car because of how expensive they are,” Ruiz-Ruiz said. “We work hard to have our stuff for someone to just come and take it like that.”

The increased pace of vehicle thefts has carried over slightly into this year, with 1,892 vehicles stolen compared to 1,874 over the same time period last year.

The issue “is one of the main concerns in the city along with reckless driving,” said Nick DeSiato, chief of staff for the Milwaukee Police Department.

DeSiato said it’s hard to pinpoint specific reasons for the increase. He believes that social media and the internet in general have made it easier for people to learn how to steal cars, sometimes in less than a minute. He also said that the targeting of specific models is a factor.

DeSiato said the city created an auto theft task force in response to the increase. The group meets each morning to share data and best practices to try to address the issue proactively, he said.

The police department also worked with the companies Kia and Hyundai, the two most common stolen vehicle types in the city, to distribute thousands of free steering wheel locks. DeSiato said he believes  these strategies have made a difference but knows much more work remains.

“We are optimistic that the numbers are trending in the right direction, but no one here is saying the job is done,” he said. 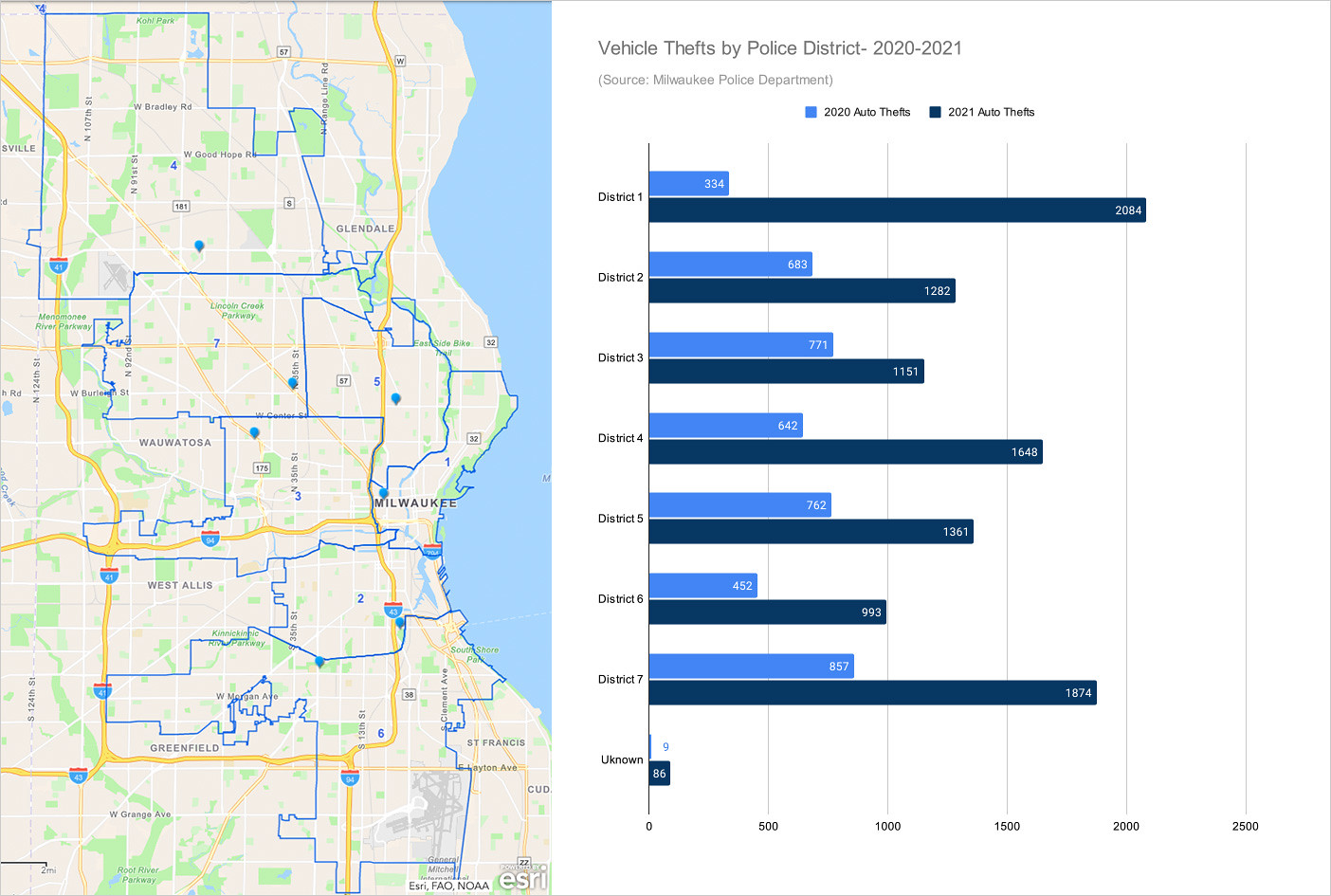 “They might be under 16 and driving like a bat out of hell with no regard to their passengers, other drivers, or property,” he said. “We’ve seen chases and collisions caused by people driving with reckless abandon because it’s not their property, and that’s really scary.”

That’s exactly what happened after Milena Grcic’s Toyota Camry was stolen in February as she picked up a DoorDash order at a restaurant near South 1st Street and West National Avenue. She said her car, which was stolen by a 22-year-old woman and a female minor, was recovered two weeks later after it was involved in a high-speed chase with police.

She said two tires popped during the chase and that her axle, muffler, front headlights and bumper were also damaged.

“It’s still in the shop,” she said. “This incident has triggered panic attacks for me, and I feel violated.” 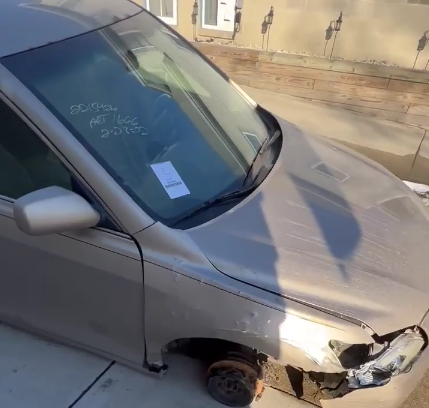 Milena Grcic’s Toyota Camry was stolen and damaged during a high-speed chase with police. (Screenshot from Facebook)

Effective May 1, the ordinance will apply to individuals caught driving more than 25 miles above the speed limit, drag racing or involved in a police chase in an unregistered vehicle, DeSiato said. The policy will not apply to stolen cars that were involved in these crimes.

If the ordinance had been enacted in 2018, it would have resulted in 655 people having their vehicle towed, DeSiato added. The goal is to make people think twice about driving recklessly.

“We wanted to up the ante, and for some people, a ticket won’t do that, but having your car towed might,” he said. “We want folks to please improve their behavior and think about the kids crossing the street and other people they could hurt.”

As for Ruiz-Ruiz, she found her car after she got a letter from a tow lot where it had been taken. She couldn’t keep it because insurance had already paid out a claim on it, and it wasn’t enough for her to cover the deductible and buy another car.

She said not having a vehicle has been a struggle for her and her children.

“My kids see a car that looks like it, and they say they miss it,” she said. “They don’t realize what a hassle it is to go through something like this.”

Tips to prevent your car from being stolen