You are here: Home / News / Community / OPINION: Milwaukee, it’s getting ugly out there. But we can stop the blight and disarray if we all do our part.
Share this... 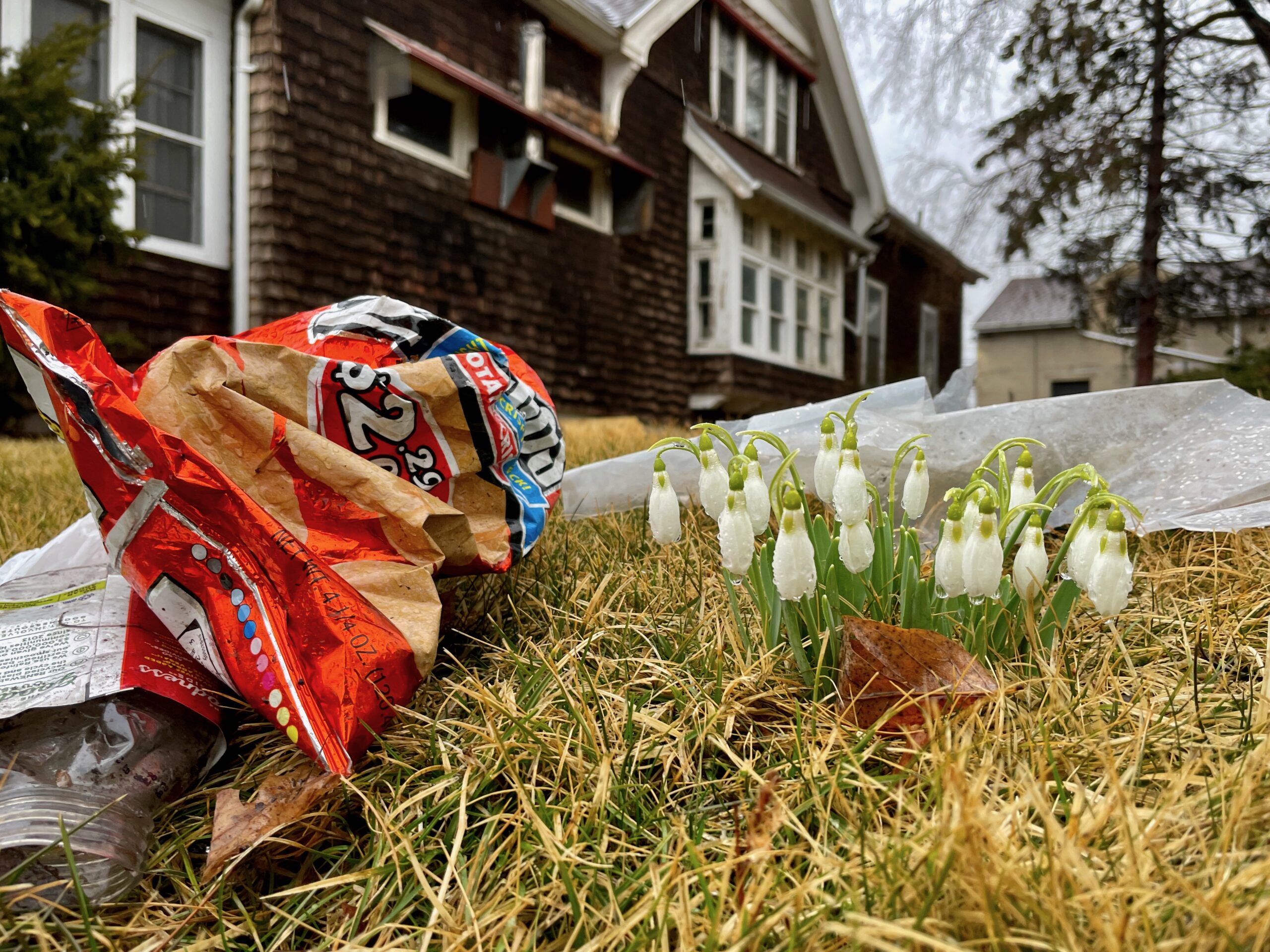 Denise Wooten writes: “There are many factors that lead to blight and disarray in a community that seem to be all but forgotten. But the true ray of hope is constantly shone in the actions of those who were raised to understand neighborhood chutzpah.” (Photo by Adam Carr)

Spring is here, and it’s already getting really ugly on the streets of Milwaukee.

No, I am not talking about the warm weather adding to more reckless driving nor the emergence of a new COVID variant. This prediction has nothing to do with more endless mudslinging accusations coming from local political pundits, but mark my words, it will be disgustingly ugly.

The dirty snow drifts and curbside ice formations have melted, exposing all that trash and debris beneath them. I imagine you are watching, repulsed by the mounds of goop, sludge and unidentifiable items that seem to have come out of nowhere. In fact, you may even think that someone purposely dumped garbage along your cyclone fence or in the alley behind your home when you weren’t watching.

Well, there are countless contributors we could accuse of creating the mess the winter thaw reveals. Why not blame it on the wind, the culprit of many a discarded plastic bag landing in a tree? Point a finger at the squirrels or raccoons that have dined sufficiently on the contents of our overturned recycling bins. We might even try to hold the “mom and pop” stores accountable for selling our kids cellophane-wrapped snacks and plastic beverage containers. How many have actually been taught that littering carries a substantial fine? So many grated catch basins are now clogged with lost clothing, cans and glass bottles, preventing the water runoff from flowing freely into the sewers.

This is what we witness on a daily basis.

But let’s dig further. How many times last fall did you have to call the city to find out when the brooms would finally make it on your block? Those ice igloos revealed the same mounds of leaves you painstakingly raked from the lawn into a neat pile. Forget about thinking that decomposing brown ooze might be good for your compost bin — once you see its underside dripping with a substance akin to tar, you’ll decide against that idea.

How long have those orange cones remained behind long after the work crew departed? They were placed to warn us that road work is/was/wasn’t underway. The same can be said about barricades if they even made it onto your block. I pity the soul who hit the unmarked pothole the first night daylight saving time ended.

We used to show great pride for our little hamlet. “Stay off the grass” was well understood even if you were not yet old enough to read. I wonder whatever happened to those receptacles that had “Keep Milwaukee Beautiful” stenciled on their sides? Once upon a time, homes that were the victims of fires or abandonment were quickly removed and the lots sold to the neighbor next door for a dollar. Now we are forced to live between boarded-up dwellings that have not seen an inhabitant for years. Take note that this lowers the value of second and third generation-owned houses. Houses that once were the pride of neighborhoods and now need a face-lift or a little TLC often do not qualify for the countless rehabilitation programs touted by area funders.

Unfortunately, all this has added to the undeserved and unfair perception of outsiders that everyone on the block must live under these same neglectful standards and values. Often the responsibility for alerting the Department of Public Works of unsightly and overgrown grass, unsafe structures or vacant lots used as dumping grounds falls on the shoulders of the very same citizen who relentlessly tries to maintain a property that shouts, “I care.” We once had inspectors who did not have to wait for that incoming call. They were first on the scene posting citations and reassuring distraught neighbors that something immediately was going to be done to remedy these eyesores.

There are many factors that lead to blight and disarray in a community that seems to be all but forgotten. But the true ray of hope is constantly shone in the actions of those who were raised to understand neighborhood chutzpah. They are the ones who do not mind shoveling snow for an elderly neighbor or cutting and then removing grass from an adjacent lot they do not own. They know you cannot, nor should you, unduly place blame, point a finger or hold others accountable for that which you are not willing to do yourself.

The spring thaw has already come. Look around and remember that it not only takes a village to raise a child, but it also takes the villagers and their cohorts to maintain a healthy environment that guarantees that the child is nurtured under the best possible circumstances.

Denise Wooten was born and raised in Milwaukee. She is a graduate of North Division High School and Alverno College. Wooten is a published author, community advocate and board member of Brewery Credit Union, Neu-Life Community Development and Project Focal Point.