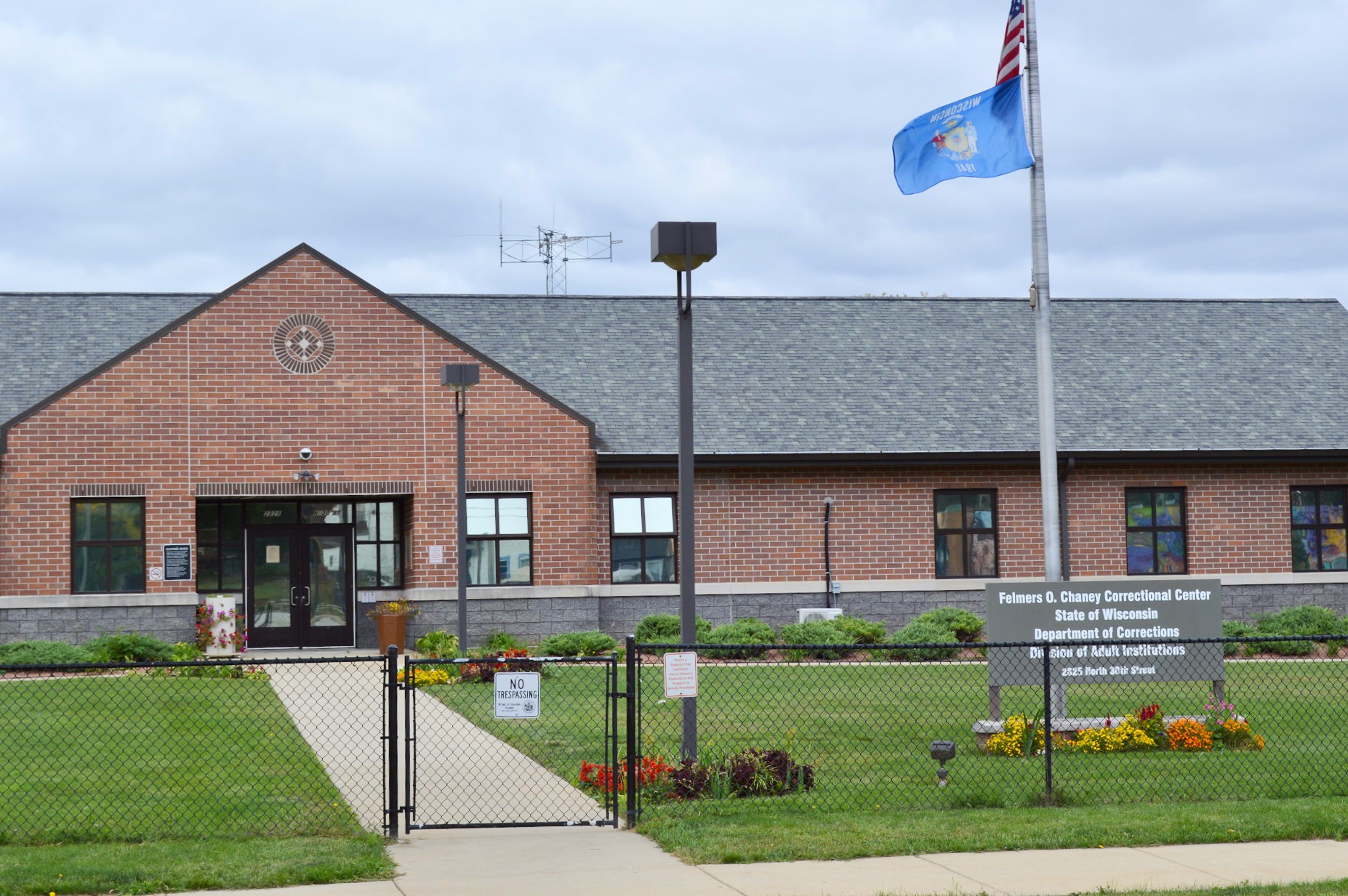 A new $42 million juvenile correctional facility will be built in Milwaukee County to replace Lincoln Hills and Copper Lake, but the question is where?

The possibility of shutting down the center to build a youth facility has attracted significant pushback from Sen. Lena Taylor, both mayoral candidates, local organizations and other advocates.

John Beard, spokesman for the Department of Corrections, said Felmers Chaney was identified in 2021-’23 state budget discussions as the department’s preferred location for multiple reasons.

“It is in Milwaukee County, the state already owns the property, the site is appropriate for our needs, and the neighborhood already supports a correctional facility at that location,” Beard said in an email.

But the chorus of opposition against that plan continues to grow.

Acting Mayor Cavalier Johnson and his opponent in the spring election Tuesday, former Ald. Bob Donovan, said they are against the plan during a mayoral debate on March 27.

Earlier in March, a group of 10 local organizations that includes the ACLU of Wisconsin, Milwaukee Inner-City Congregations Allied for Hope, Project Return and Youth Justice Milwaukee, sent a letter to Gov. Tony Evers that urged him to consider alternative sites in Milwaukee County.

“While we support the closure of these youth prisons, we adamantly oppose the proposed demolition of the Felmers O. Chaney Correctional Center to make room for the construction of a new Type 1 juvenile facility,” read a portion of that letter sent on March 18.

Leading the opposition of that plan has been the Felmers O. Chaney Advocacy Board, which is chaired by Wendy Volz Daniels.

The Felmers O. Chaney Correctional Center, located on the corner of North 30th and West Hadley streets in the Sherman Park neighborhood, opened in 2000 and cost the county $20 million to build, according to Volz Daniels. She said the facility is still in great shape and tearing it down would be a waste of taxpayer money and, most importantly, cause harm to the men who are sent there from prison to receive pre-release services.

“They can go to treatment, go to church, get involved at Project Return,” Volz Daniels said. “These guys actually start a job and save money for an apartment when they get out.” Project Return, founded more than 40 years ago, provides support and advocacy for formerly incarcerated individuals.

State officials have discussed with Volz Daniels the possibility of finding a new location to house minimum security incarcerated people in Milwaukee, possibly in a new wing at the Milwaukee Secure Detention Facility, or MSDF.

Beard also mentioned the MSDF as a potential location to house individuals who would otherwise be placed at Felmers Chaney. He said MSDF is currently operating at half capacity, with a design capacity of more than 1,000 and current population of 505.  As of Feb. 25, Felmers Chaney had 57 residents with a capacity for 100.

But Volz Daniels questioned the viability of MSDF.

“I don’t buy it because there’s no money, no bill that says they’re going to do that,” she said. “This is just a promise blowing in the wind.”

She believes the state’s plan could move Milwaukee incarcerated individuals to the Lincoln Hills facility for boys and the Copper Lake facility for girls. Both would be converted and reopened as a 300-bed minimum-security adult facility. She said the state has pitched it as an economic development project in Jackson County.

“This is not as useful to the men who are returning to Milwaukee County who are in the last year of their sentence,” she said. “Even if it’s a facility that has services in Lincoln County, they will get released and have to start a new job and lose out on other resources.”

Beard said the conversion of Lincoln Hills/Copper Lake into an adult facility would help move up wait times for people across the Wisconsin prison system for access to pre-release services and increase re-entry resources.

Volz Daniels said she feels as though the state is not really interested in working with opponents to find solutions to the problems they feel would result from the state’s plan to use the Felmers Chaney site.

In response to an email sent by Daniels asking about the status of those potential sites, Carr wrote: “Our team continues to conduct preliminary evaluations of the sites on the list you provided as well as the 7930  W. Clinton Ave site I received from Senator Taylor.”

Volz Daniels said her group hasn’t heard anything else in weeks but expect to soon. She also wants Evers, the mayor of Milwaukee and other stakeholders to meet on the issue.

“So we can all stop working in our silos and work together,” she said.

A need for urgency

Beard said that once legislation approving the funds is signed Evers, which is anticipated to happen soon, all groups will need to work with urgency to move forward with a plan. Beard stated in an email to NNS that several steps in the process remain.

Among them are additional local engagement through the environmental impact process; site selection approval by the Joint Committee on Finance; the Department of Administration approval of construction plans; and approval from the State Building Commission for authority to construct.

Some of those steps could take several months, he added.

“This process has been delayed on multiple occasions already by legislative inaction. So we hope to work quickly and move youth in our care closer to home and closer to culturally relevant programming, which everyone agrees would be a major benefit to them,” Beard wrote.

State Rep. Evan Goyke, D-Milwaukee, who championed Act 185, which prompted the plans to close Lincoln Hills/Copper Lake and build a new juvenile facility in Wisconsin, said he’s sympathetic to those who oppose Felmers Chaney being chosen as a site for a new facility.

He said the Department of Corrections and Department of Administration are responsible for choosing a location, and that he’s confident there will be many opportunities for public input before a final decision is made.

“I think we can find a compromise and figure this out,” Goyke said.

Meanwhile, the Journal Sentinel reported recently on the growing challenges associated with both a failure to replace Lincoln Hills with a local facility and the impact from overcrowding and long waiting lists for services for local youths currently housed at the Vel R. Phillips Juvenile Justice Center.

The article noted that judges were still sending Milwaukee youths to Lincoln Hills and that a growing number of individuals were waiting for spots to open up at the Milwaukee County Accountability Program, or MCAP, a program for high-risk juvenile offenders.

Mark Mertens, former administrator of the Division of Youth and Family Services for Milwaukee County, discussed this issue and barriers to transferring youths from Lincoln Hills into the program with NNS in an interview last year.

“There has to be some process related to bringing youth from Lincoln Hills to MCAP; As we continue to change and improve programming at MCAP and Bakari Center we want to do more of that,” he said.

“We would have liked to go farther with Act 185 to create more community-type alternatives, but it just didn’t happen.” The Bakari Center is a youth correctional facility in Milwaukee that utilizes an integrated treatment model that involves the community and family.

Things have moved along since then, albeit at a snail’s pace. Even when the new center is finally built, it’s still unclear how many youths from Milwaukee will be housed there. A Legislative Fiscal Bureau brief based on the project prototype from June 2021 stated that the new facility could house up to 32 juveniles and would employ 70 Department of Corrections employees.

Beard said the final number would depend on the site and final design of the facility and the number of youths sent to state juvenile facilities from the county.

The only thing that is sure, according to Goyke, is that a new facility will eventually benefit the state.

“Moving from one large rural prison to one in Milwaukee is a major step in the right direction for the quality of care that our kids are going to get,” said Goyke, who called Lincoln Hills one of the largest prisons for kids in America. “It will impact recidivism and for us, it’s a win.”