You are here: Home / Home / Carousel / Congressional committee hears about Milwaukee’s housing inequities — and how to fix them
Share this... 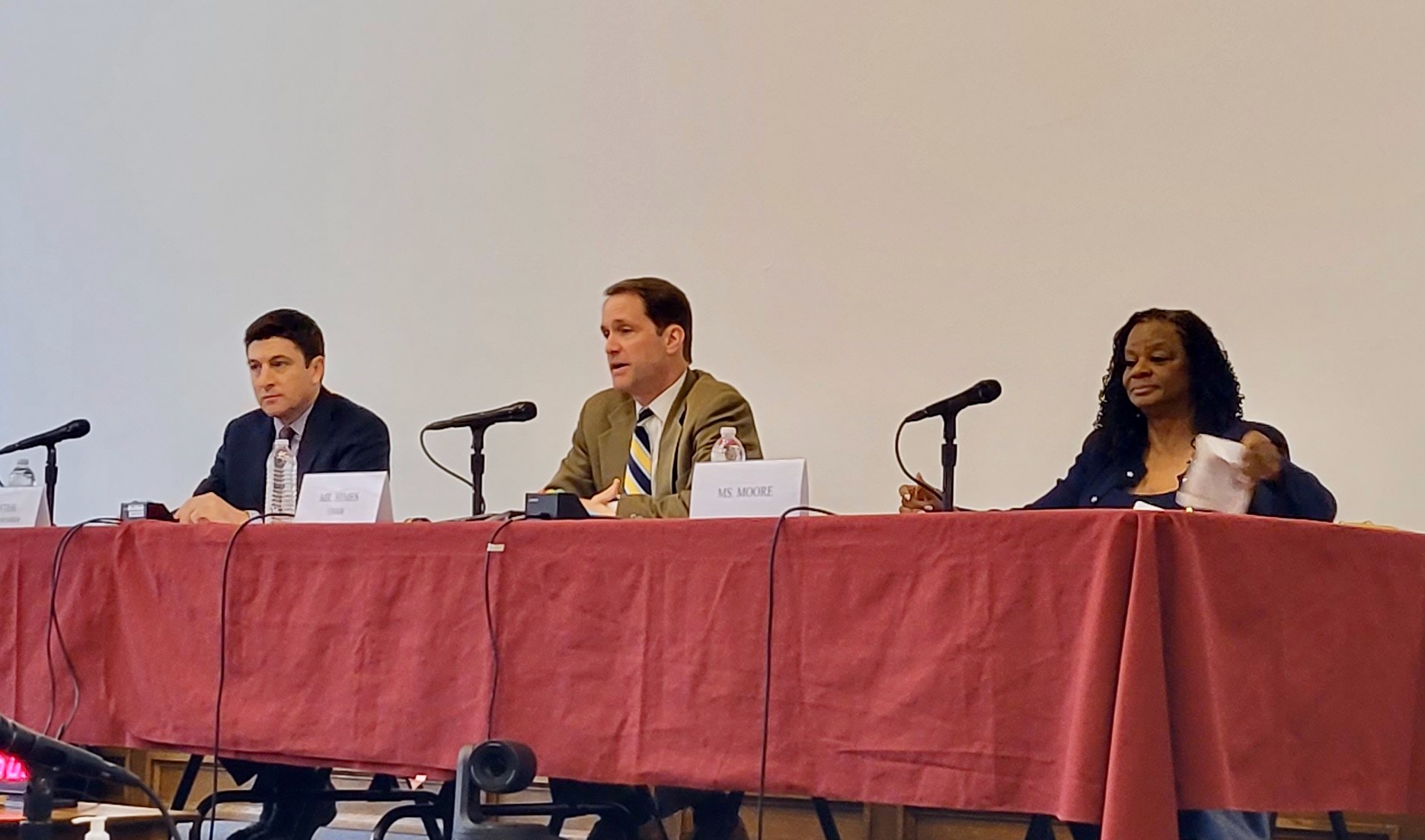 Rent caps, support for emerging developers and direct financial support for proven housing agencies were just a few solutions to housing inequities presented this week to a select congressional committee meeting in Milwaukee.

On Tuesday, U.S. Rep. Gwen Moore, D-Milwaukee, brought members of the Select Committee on Economic Disparity and Fairness in Growth to the Milwaukee Public Library for a hearing on inequities in housing.

The committee is a bipartisan House committee focused on tackling economic disparities and proposing policies that increase access to opportunity for Americans.

Committee members were joined by Anne Bonds, a professor at the University of Wisconsin-Milwaukee; John Johnson, a research fellow at Marquette University Law School; Sakuri Fears, the senior program officer for Local Initiatives Support Corp., or LISC; Trena Bond, the executive director of Housing Resources Inc.; and Shaun Luehring, the president and CEO of LUMIN Schools.

The group started by grappling with the city’s long and complicated history with racial segregation and how it still affects housing today.

Bonds, whose research centers on geographical approaches to political economy, feminist and critical race theory, and critical poverty and prison studies, spoke of how “renewed attention on racial segregation shows how little has changed since the 1960s.”

She said that because racially restrictive covenants and other racial exclusions in home purchasing have disproportionally affected Black people, strategies should be just as racially targeted.

She said these past practices and policies channeled investments to the suburbs and, even now, wage-sustaining job growth continues to occur outside the city, leading to “a concentration of disadvantage and overall disinvestment in urban communities.”

Johnson honed in on how private-equity firms purchase homes in bulk, blocking residents from being able to purchase them.

“Collectively these firms own over 900 properties in Milwaukee at the end of 2021, up from about 150 in 2019,” he said. “These firms, when acting as landlords, tend to evict tenants at a much higher rate than local and even out-of-state individual landlords.”

He added that “many renters could save money as homeowners, but large corporate landlords hinder them from purchasing homes because they are likely to buy and sell properties in bulk.”

Bond said a lack of education on how to buy homes as the biggest barrier for Milwaukee renters looking to become homeowners. She pointed to a greater need for increased Community Development Block Grant funding and more flexible and direct financial support to proven nonprofit organizations.

Other solutions suggested by the panelists included increasing alternative home-purchasing methods (such as land banks and community trusts that can compete with private equity firms.

They also called for providing ongoing support for programs like MKE United’s Anti-Displacement Fund to prevent gentrification and displacement, and introducing rent stabilization and rent caps.

The committee is expected to deliver a report outlining solutions to many of those issues at the end of the year.