You are here: Home / News / Arts and Recreation / Milwaukee artist achieves lifelong dream of directing a film
Share this... 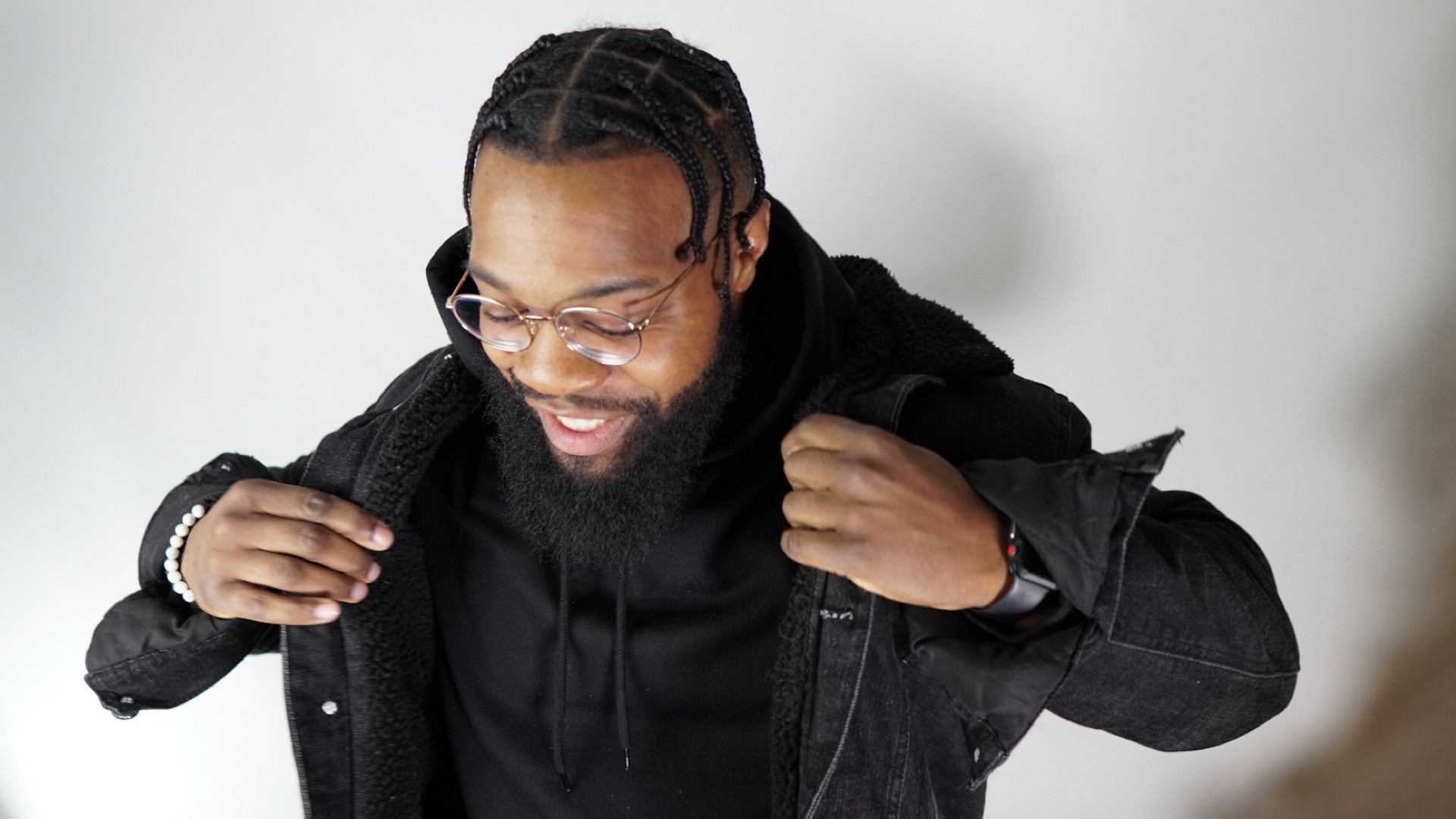 Zach Lathen-Williams said his film is about accountability and tough love. (Photo by Xavier ‘Loki’ Martin)

Over the years, he has dabbled in music production and hosted podcasts through his creative group, Drive Dedication Heart,  or DDH. And he published a memoir, “August: A Love Letter.”

But directing a film has always been his endgame.

Lathen-Williams, 29, said the film “Last Dollar Til” is about Milwaukee. It analyzes the city of Milwaukee by looking at the role it plays in the choices residents make.

The film centers on a Milwaukee man who is in financial difficulty while trying to start a business. He attempts to get friends to help him.

Lathen-Williams said he wanted to focus the film, which he is entering in festivals, on accountability and tough love.

“That’s the dynamic that I have with the people around me,” he said. “Decision-making and having people around you that will hold you accountable is crucial as a Black man.”

Lathen-Williams grew up in the Amani neighborhood, where he shot the film. He watched the area shift from a decent place to raise families to one with high crime and other struggles that confront residents.

“Crime became real for the first time not as a possibility but as the possibility,” he said, quoting James Baldwin. “When you’re from the hood, that quote means something.”

He said he experienced a lot of loss over the last few years.

“Watching the people you grew up with die makes you start thinking about your impact,” he said. “My voice and my art are what I use to make mine.”

The need to create impact in the city, combined with his family and friends holding him accountable, made Lathen-Williams go for his dreams after years of putting them off.

“As I go to work and do other things, my father would always ask me about my business,” he said. “He’d ask me, ‘What about DDH? What are you doing with that?’”

“My parents have always supported me in everything I’ve done,” Lathen-Williams said. “And knowing that my girlfriend and my kids would be cheering me on no matter what happened with the film propelled me to go for it.”

On March 1, 2021, Lathen-Williams hesitantly asked his Facebook friends for people interested in being a part of the film.

He said just putting the ask out was a struggle for him because he’s an introvert who has never been good at networking. He also had a lot of self-doubts.

But the leap of faith ended up being worth it.

“Zach provided me an experience to grow,” said Xavier Martin, the director of photography for the film. “He trusted me to do my job, and I needed that.”

Martin and Lathen-Williams knew one another loosely but became friends when they started filming together.

“I learned a lot just by working on the film,” Martin said. “Zach is very thorough and thinks everything through – that  leadership made things go so smoothly.”

Elaine Lathen said her son is easy to support because of his dedicated and hardworking nature.

“Anything he’s ever told me he was going to do, he’s done it,” Lathen said. “He will pick up a skill and self-train himself to do anything.”

Lathen-Williams has no official training and has self-taught his way through all his accomplishments, from producing a podcast to directing the film.

He said he’s always had an analytic spirit, so picking up new skills and learning new things come naturally to him.

“He’s always found interest in nontraditional things,” Lathen said. “When other kids were studying the well-known activist, he’d be studying Nat Turner or someone like that.”

His girlfriend, Ciarra Stadler, is happy to see him step out on a limb.

“I know this was something he fought with himself about,” she said. “This isn’t the first film he wrote, but it’s good. I’m just proud he did it.”

She said she’s happy to help encourage him to complete his dreams because he always encourages hers.

Lathen-Williams said filmmaking is a multifaceted challenge that he could not have done alone.

“I found more than support,” he said. “I’m an only child, so I think the yearning for siblings is always there. I found that in the cast and crew.”