You are here: Home / Posts from Community / Post For Community: Alverno College report reveals pathways and barriers to public office for women
Share this... 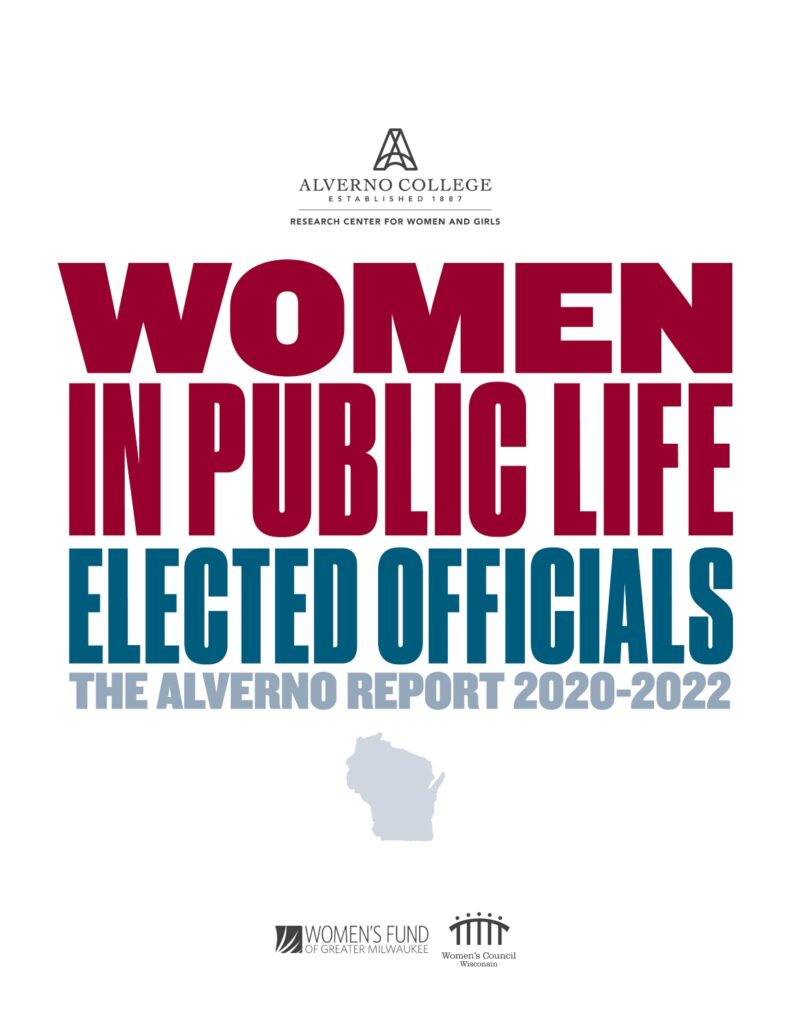 The latest report from the Alverno College Research Center for Women and Girls (RCWG) is out. Wisconsin Women in Public Life ― Elected Officials sheds some light on women in public office, the various pathways they took to achieve success, and the challenges they overcame while running for office and serving as an elected official.

In the fall of 2020, the RCWG surveyed 98 women who held public office across Wisconsin in partnership with the Strategic Research Institute of St. Norbert College. The non-partisan survey’s findings included:

The findings were then used to develop questions asked during in-depth interviews conducted in 2021 with some of the respondents. The findings from the qualitative interviews include:

Based upon the study’s findings, the report also offers suggestions for empowering women to run for public office. These include:

“What I hope the current report makes clear is that we cannot take democracy for granted; democracy is foundational to the well-being of all communities, and women’s voices are vital to that well-being,” said Lindsey Harness, Ph.D., director of the Alverno College Research Center for Women and Girls. “It will take all of us working to ‘build the bench’ in order to ensure that all women are equally represented in political office. Without a diversity of voices, our democracy does and will suffer. It is for this reason that RCWG seeks to listen to and amplify the voices of women and girls, especially those who may face marginalization beyond their gender. Thus, it is RCWG’s hope that this report is seen and experienced as a call to action.”

The full Wisconsin Women in Public Life ― Elected Officials report can be found at www.alverno.edu/Research. The project is sponsored by the State of Wisconsin Women’s Council and the Women’s Fund of Greater Milwaukee.

The Alverno College Research Center for Women and Girls is a center devoted to taking scholarly research that applies to the real world where it can inspire, transform and support initiatives that improve the lives of women and girls in Wisconsin and beyond. The center also partners with community agencies to foster discussion about important issues and identifies emerging research topics that can make a difference in women’s lives.