You are here: Home / Home / Carousel / Summit for local fathers focuses on access to employment
Share this... 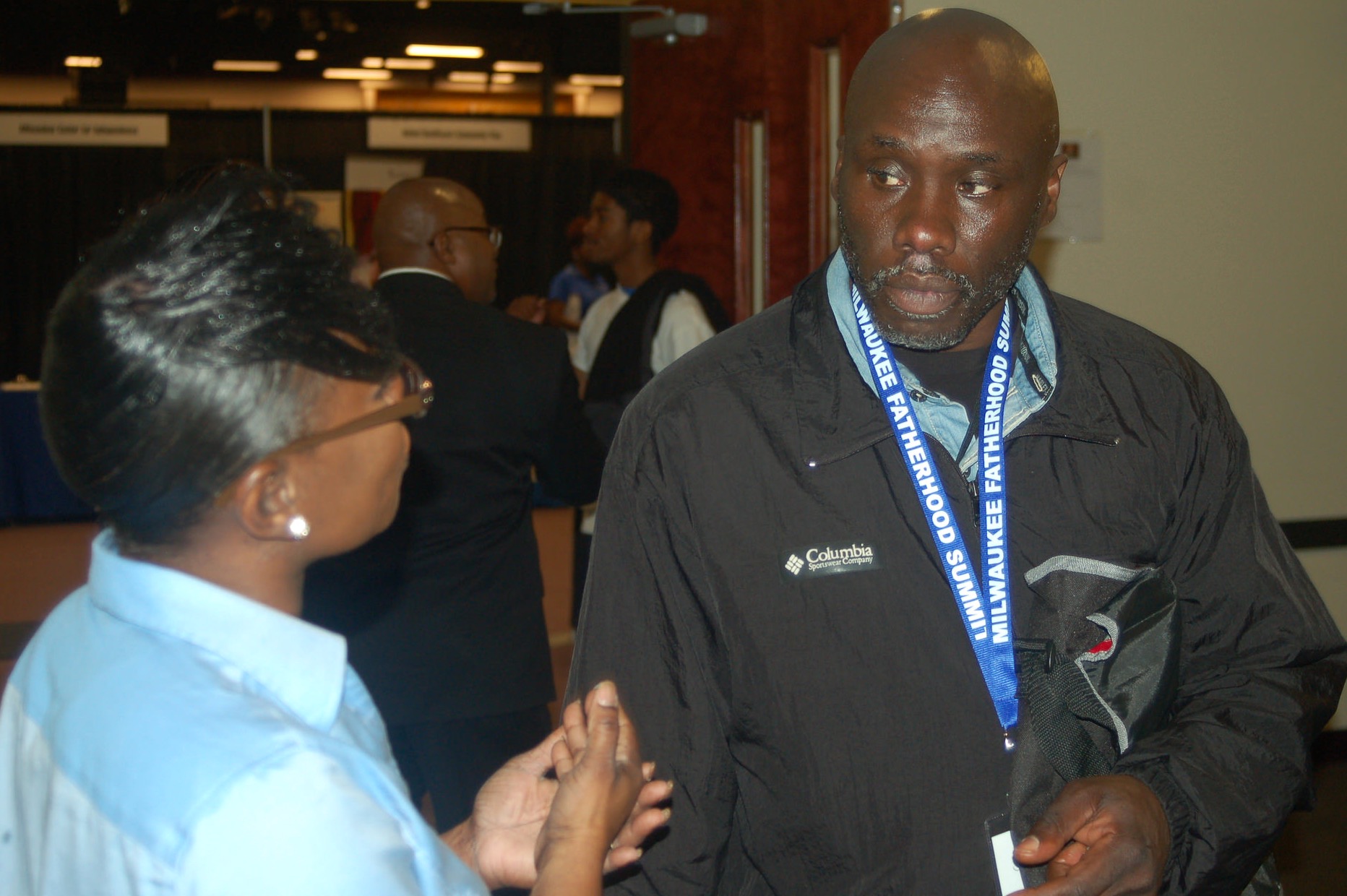 Speaking before hundreds of fathers and other gathered for the 11th annual Milwaukee Fatherhood Initiative (MFI) Summit, Mayor Tom Barrett spoke of August as perhaps his most challenging month since taking office in 2004.

“The water is not boiling anymore, but it’s still hot,” said Barrett, referring to violent protests in Sherman Park and Milwaukee’s deadliest month in 25 years, both of which occurred in August.

One of the root causes of the violence, said Barrett, is joblessness in Milwaukee’s central city. Unless that and other issues are addressed, he said, the issues will come to a head again. African-Americans in Wisconsin, most of whom reside in Milwaukee, have the highest unemployment rate in the country at nearly 20 percent, according to a recent study by the Economics Policy Institute in Washington D.C., though in some Milwaukee neighborhoods the jobless rate is closer to 50 percent. This is perhaps why there was even more of a focus this year on providing employment opportunities and resources at the summit, co-hosted by the mayor and the Milwaukee Fatherhood Initiative. 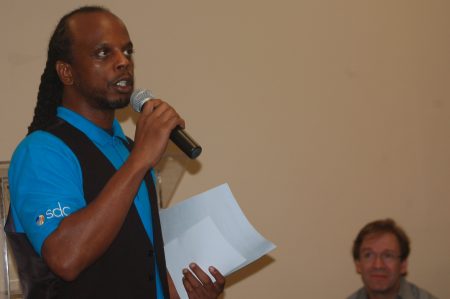 Dennis Walton, co-director of the Milwaukee Fatherhood Initiative, said the organization’s mission is to inspire men to become more committed, involved and responsible for the lives of their children and families. (Photo by Edgar Mendez)

Among the recruiters was Dionna Simmons, who staffed the Goodwill Workforce Connection Center table. Simmons provided visitors with job leads at Goodwill, including retail supervisor and team member positions, distributed a schedule of employer recruitment events and invited people to participate in computer and soft skills workshops.

“Aside from barriers such as criminal records, and childcare issues, a lot of people need to learn basic skills that help you get a job, like how to dress for and speak during an interview,” Simmons said.

Some of those issues were fresh on the mind of Romale Thomas, who attended the summit to access child support and record expungement services, and was looking for a new job.

“I’m working but I’m looking to get into a career like HVAC, or something like that. It’s hard though when you’re dealing with the system and fighting for rights to your child,” Thomas said.

The main function of the MFI and the summit, which organizers said is the largest annual gathering of men in the state, is to connect fathers to a variety of crucial services. The summit has provided services to more than 11,000 local men. 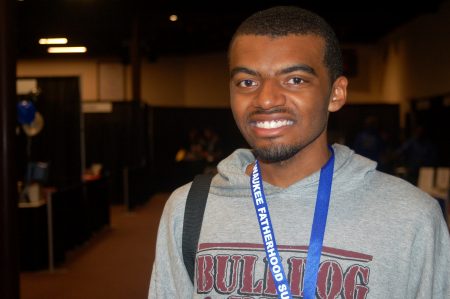 Kendrick Moore graduated from Riverside High School in 2013, but has struggled to find steady employment. (Photo by Edgar Mendez)

“The Milwaukee Fatherhood Initiative has consistently and consecutively shown that you can’t only talk about the problems; you have to bring forth practical solutions to help people with their problems. It is important that we never forget, fathers are the foundation and strong fathers equal strong families and stronger communities,” said Dennis Walton, co-director of MFI.

Randy McCarthy, recruitment and retention specialist at Outpost Natural Foods, said this summer’s unrest added a sense of urgency for him and other employers he spoke to, to work even harder to reach those needing jobs.

“We’re out here struggling to find workers and we have a huge population in our city who are in desperate need of sustainable jobs. It’s important that we all work together to fill those needs,” said McCarthy, who was recruiting for full- and part-time positions at all Outpost stores.

Among those in need of a job was Kendrick Moore, who graduated from Riverside High School in 2013 and has struggled to find stable employment.

“I’ve had a few jobs but nothing steady. I want to go to college eventually, but right now I just need to make some money,” said Moore, as he made his rounds to different employers.

George Hinton, CEO of the Social Development Commission, urged the men in attendance to take charge of their lives by taking advantage of resources available at the summit, which included child support, financial literacy and skill-building workshops, in addition to free health screenings.

“Part of the solutions to our community’s illnesses is that it be inclusive of men and that men include themselves. Whatever you are today doesn’t say anything about who you are going to be,” Hinton said.