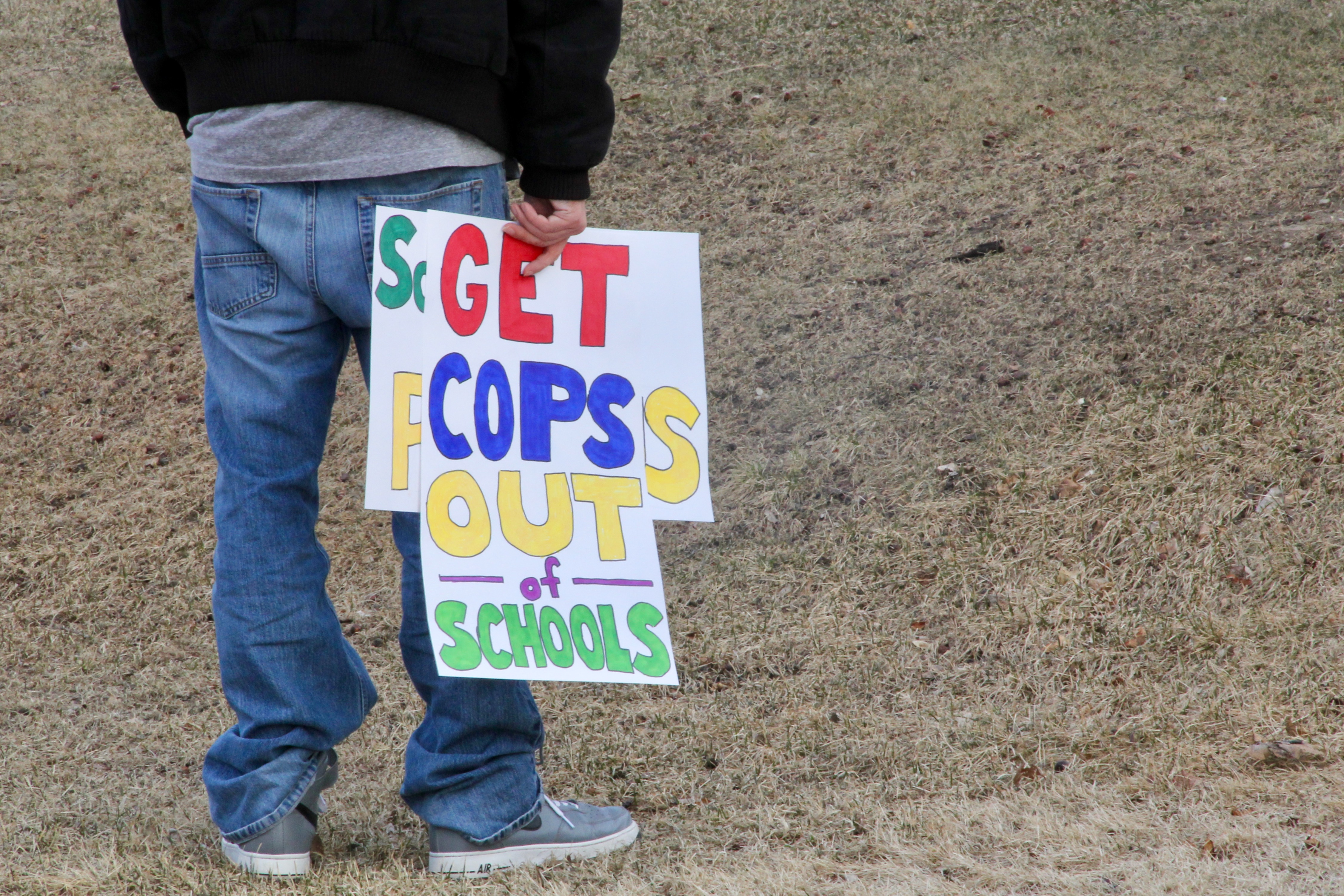 Frustration is the word that comes to CJ Robinson’s mind when he talks about Milwaukee Public Schools. “Things have got to change soon or else the tension between police officers in our schools and black students is only going to get worse,” Robinson said.

Robinson, a senior at Milwaukee High School of the Arts, is also a member of Leaders Igniting Transformation, a nonprofit organization led by youth of color. LIT recently released “From Failure to Freedom: Dismantling Milwaukee’s School-to-Prison Pipeline with the Youth Power Agenda,” which delves into suspension, expulsion and graduation rates, as well as discrimination against African-American students. The report was done in partnership with the Center for Popular Democracy, a progressive advocacy group.

MPS suspended 10,267 students in 2015-2016, four times the Wisconsin average, according to the report. One out of every three freshmen was suspended, and suspensions make students 15 percent more likely to drop out, it found.

Black students make up 53 percent of MPS students, but receive 80 percent of suspensions and 87 percent of expulsions. The MPS expulsion rate was twice the Wisconsin average. A federal investigation found 100 cases where black students were expelled unfairly, according to the report.

“The report didn’t surprise me,” Robinson said. “This has been going on for so long and we experience this on a day-to-day basis; so I wasn’t shocked at all.”

According to Dakota Hall, executive director of LIT, “Students in Milwaukee have long known that turning schools into police states provides no benefit and only harms young people. Now, we have the data to prove it. 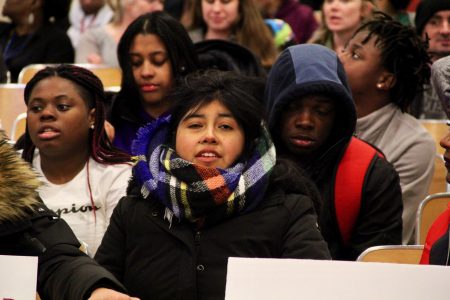 Students were invited to listening sessions hosted by MPS throughout April to discuss concerns about the district’s discipline policies. (Photo by Dean Bibens)

“The numbers in this report provide even more evidence that school discipline in Milwaukee needs a complete overhaul to let students feel truly safe and supported.”

The MPS graduation rate is 35 percent lower than surrounding counties, according to the report, which also noted that MPS spends at least $15.6 million a year on “criminalizing students.”

“These funds could be used to invest in smaller class sizes or trauma-informed social work to address underlying causes of behavior,” said Hall.

“Knowing the underlying intent is not to educate but set me up for a prison lifestyle is heartbreaking,” Joya Headley, a junior at Milwaukee School of Languages and a member of LIT, said in a news release. “Education has always been a priority of mine. I believe that the first step to liberate my community is through education. However, every day I walk into school understanding that my body is being criminalized and that we are all elements of the school-to-prison pipeline.”

The report detailed the cost to Milwaukee when students drop out of school. “Each arrest in a high school doubles a student’s chances of dropping out, and each dropout exacts a social and fiscal cost as high as $600,000 over the course of a student’s lifetime,” it stated.

Headley and Robinson agree that reforming the school system requires investing instead of divesting. “We are out to change this reality and present an alternative to criminalization,” said Hall.

LIT recently released a 14-point plan detailing what members believe needs to be done to fix discipline problems at Milwaukee Public Schools. The plan includes removing police officers and metal detectors from schools. LIT representatives said they do not expect MPS to adopt all 14 points, but expect the plan to spark a conversation.

MPS did not immediately respond to a request for comment on the LIT report. According to an undated letter posted on its website, the district voluntarily entered into an agreement with the U.S. Department of Education after an initial DOE report found disparities in discipline in a sampling of black and white students dating back to the 2014-15 school year.

“In reaching this agreement, the district acknowledges there is room for us to improve our current disciplinary practices,” the letter states. Among the agreement’s requirements is to provide “support to ensure that discipline is imposed equitably and fairly across the district regardless of race, gender, religion or national origin.”