You are here: Home / News / Health and Wellness / Fondy Food Center in tight race for fruit orchard
Share this... 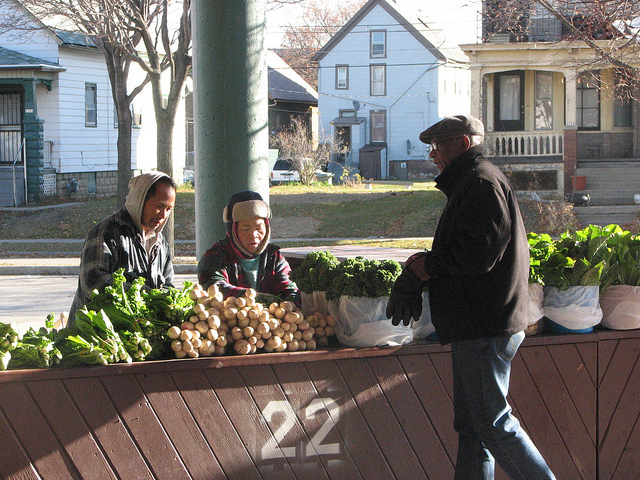 Fondy farmers assist a customer at the market. (Photo by Dwayne Burtin)

Fondy Food Center moved up to fourth place in a nationwide competition to win an organic fruit orchard valued at $5,000. Fondy was in ninth place when orchards were awarded to the top five vote-getters in the first round of competition. Ninety-five organizations are now competing for the orchards.

The second round of competition, which ends July 2, will award orchards to the next four vote-getters. Voting is allowed once per day at www.communitiestakeroot.com. The contest will run until Aug. 30.

The winners will receive 20 fruit trees, shrubs, an irrigation system and training in organic fruit production. If Fondy is one of the top 17 vote-getters, it would plant the trees at its Port Washington farm and the fruit would be sold at the Fondy Farmers Market.