You are here: Home / Home / Carousel / Portion of old landfill to be ‘reclaimed’ for Milwaukee River trail
Share this... 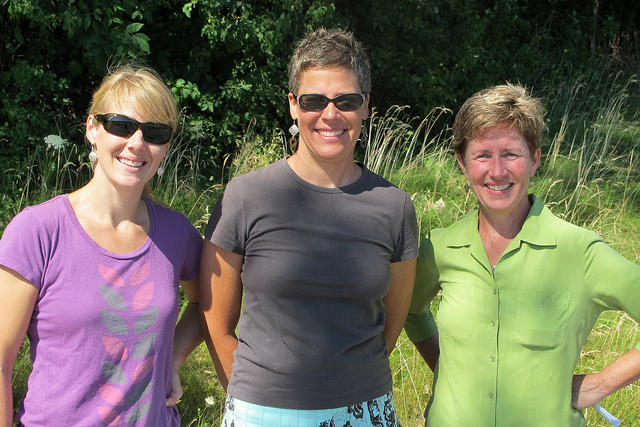 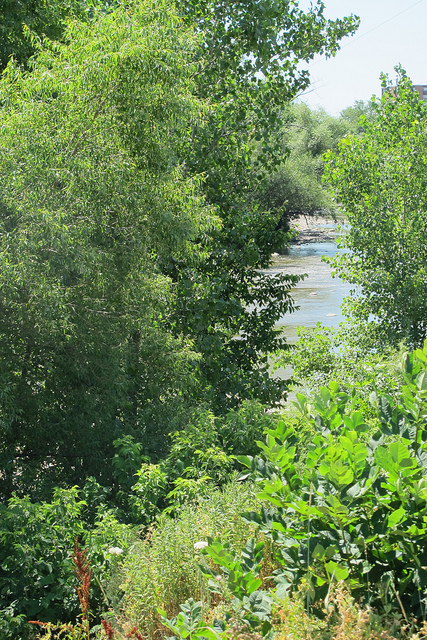 A view of the Milwaukee River from the trail near the MATC solar voltaic farm. (Photo by Jennifer Reinke)

The trail will show people that “the river is a really nice asset to have in the city,” said River Revitalization Foundation Conservation Specialist Theresa Morgan. “It’s a gorgeous river and we’re two miles from downtown,” she said.

Other funders include the U.S. Department of Transportation Federal Highway Administration Recreational Trails Program, which granted $45,000 that the Greater Milwaukee Foundation then matched, and the Lux Foundation.

“We want to try and maintain the visible connection to the river as much as we can,” said Morgan. In addition to improved visibility, she said that the project emphasizes sustainable access to the river.

“Right now [the trail is] just a ‘desire’ trail or a ‘volunteer’ trail,” said Milwaukee River Greenway Coalition director Ann Brummitt. The trail has been carved by hikers, bikers and anglers in ways that are not necessarily environmentally sound.

For example, one section of the trail runs very near to the river and is in an eroding flood plain. In another section, the trail is rutted and fills with water during rain. As a result, people have begun to form another trail running parallel to the first.

“If you can direct access, you can at least focus the impacts on fewer spots. It’s a way to provide information, too,” said Morgan. Some of the funding will be used for educational signs or kiosks.

“It’s all a big experiment because this is a highly disturbed site,” said Gleffe.

In addition to the old landfill, environmental challenges include erosion, invasive species and stormwater runoff from the nearby University of Wisconsin-Milwaukee UPARK lot. 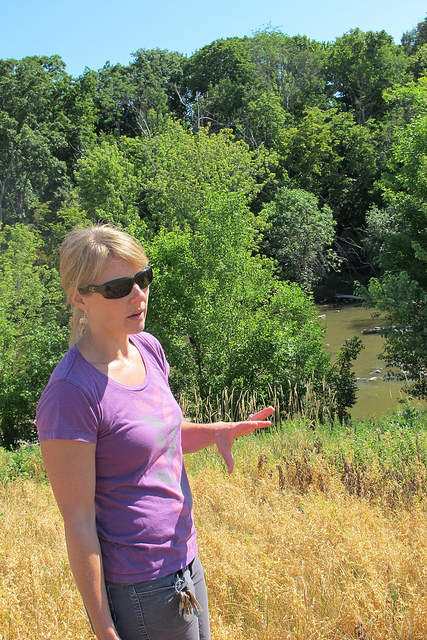 The Sigma Group is currently surveying the land and contractor Tim Malzahn, also director of field operations at the Ice Age Trail Alliance, is developing a design. In some places, the new trail will be closer to the river than the existing unofficial trail, and in others it will be farther away.

“Once we can show MATC exactly where the land is going to be, they can grant the easement,” said Brummitt. Right now, people who use the existing trail are technically trespassing.

Then, volunteers will begin “clearing and grubbing,” said Morgan. They’ll remove invasive species such as buckthorn and garlic mustard and create room for the new trail.

The Milwaukee River Greenway Coalition has a “volunteer hub,” said Brummitt, and volunteers have already pledged to help out from the Milwaukee Metro Mountain Bikers. This fall, an AmeriCorps NCCC (National Civilian Community Corps) team of volunteers and 40 University of Wisconsin-Milwaukee service learners are expected to work on the project, said Gleffe.

The trail will likely be a compact dirt surface 3- to 4-feet wide, with 10-foot buffers of native plants on each side, said Brummitt. It will be “a primitive type of trail,” she said.

“The long-term goal is to have 13 miles of shared-use trail,” said Morgan.

The new trail will be adjacent to MATC’s solar voltaic farm and would connect bikers, hikers and anglers to the 13-mile “Loop and Link” riverside trail proposed by the Milwaukee River Greenway Coalition. It will be complementary to the Milwaukee County Parks’ 114-mile Oak Leaf Trail that meanders through major parkways and parks.

“If you can connect people to the river through access or recreation, you’re providing opportunity to … cultivate a sense of stewardship. Through stewardship you can improve the land and rivers,” said Morgan.